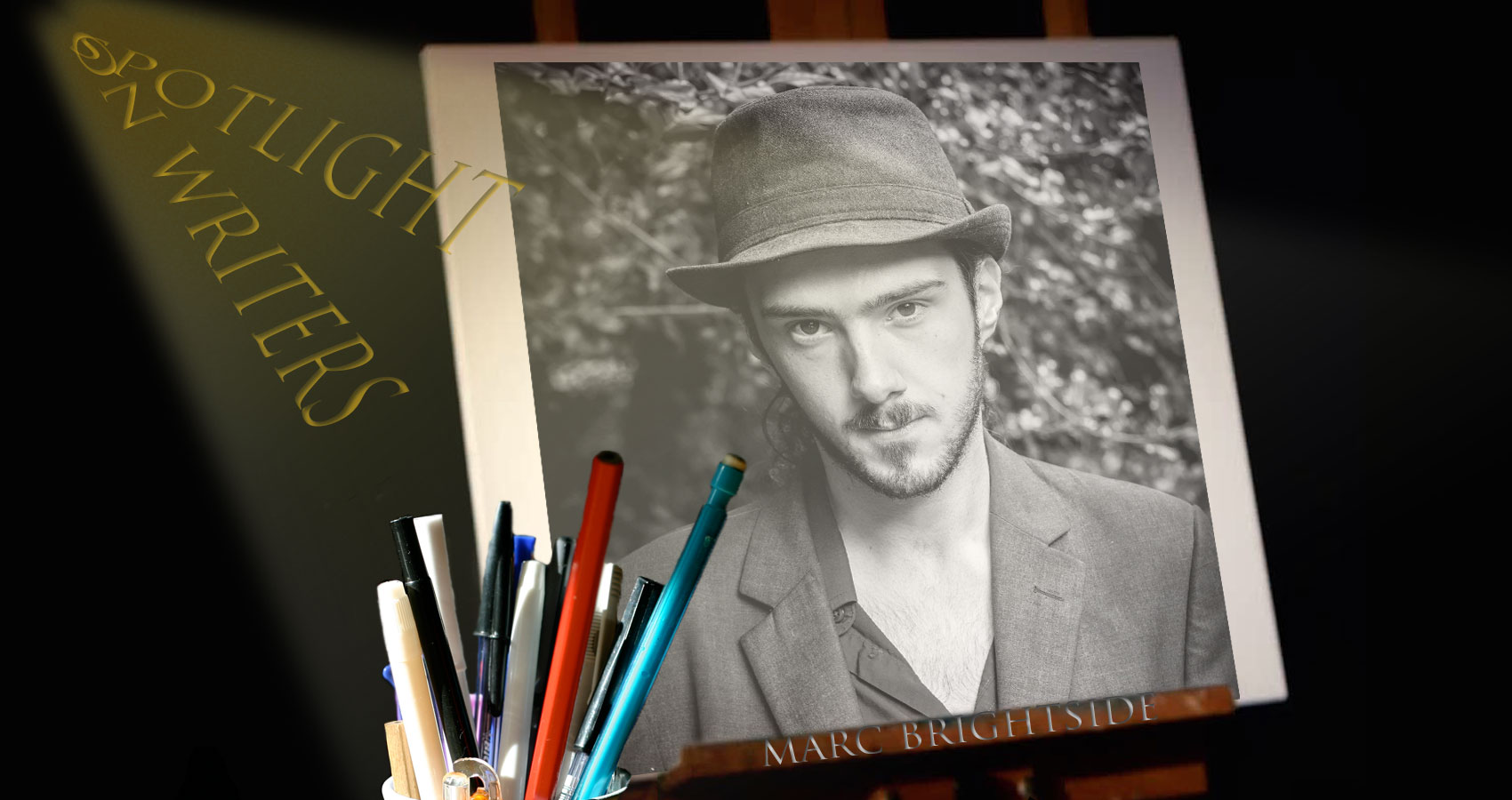 I grew up in Croydon, a town in South London, in the UK. Anyone who knows Croydon will probably confirm that it isn’t necessarily the nicest part of the country, but it served as a memorable backdrop for my childhood nonetheless. My family are/were largely from Scotland, but we came down when I was only two-years-old, so I have few connections to the land up north.

I suppose familiarity, nowadays. There are times when I feel like I could navigate Croydon blindfolded; there’s a certain comfort in understanding the town, its streets, knowing the vendors and the market stalls and the public transport system off by heart. Despite all of its flaws, Croydon certainly isn’t boring. There are always ripples in the public consciousness, always some political or social upheaval to get people thinking and talking again. I think it’s that atmosphere of quiet desperation that inspires Croydonians to take action.

More than anything else, people watching. I use public transport a lot and I’ll often wear my earphones without any music playing, just to hear what ridiculous nonsense strangers come out with when they think no-one is listening. People have this bizarre sense of security when talking on their phone; they’ll quite happily talk about abortions and credit card fraud as though it’s completely inconsequential. Occasionally, I wonder if they know they can be heard, if there’s some kind of willing suspension of cynicism in effect. After all, it’s a lot easier to get something off your chest when you never have to worry about meeting the recipient again.

It’s partly because of this that I end up in conversation with strangers a lot, to varying degrees of personal detail. Once, a chance encounter with someone on the replacement bus service ended with me having tea in their house at two o’clock in the morning, and this later inspired a poem, ‘Hello, I’m in Eastleigh.’ If you’re a creative, you can’t afford to just stay within your echo chamber – you need to be willing to hear other points of view and challenge your own ideas.

That’s a tricky one. To me, context is always the most important element to language. Without context, words mean nothing, and having thirteen syllables and a three-page etymology is never going to change that. That having been said, rhythm is very important to me, even as a page poet. In a poem about the fledgling stages of a romantic relationship, I described the moment in which, “…full stops faded into colons and parentheses.” I wanted to convey the moment in which formal text messages or emails start ending with a smile, and something about that final word just felt perfect to me, the vocal rhythm of ‘parentheses’ and way its consonants roll over its vowels so seamlessly.

For similar reasons to the above, I also like ‘clandestine’, ‘emphasise’ and ‘ornamental’. There’s something wonderful about well-constructed words with very mundane definitions.

In regards to writing (specifically, poetry) it’s that awful brand of mindless self-aggrandisement that rubs me the wrong way. You see it a lot in London, particularly from people in my age bracket, the idea that existing and surviving in the 21st Century is somehow inherently worthy of praise. Poetry like this usually boils down to over compensatory boasting about one’s self-identity, and frequently goes hand-in-hand with that ever-cancerous phrase, “Everyone is beautiful (except the people I don’t like)”. I’m not sure what writing like this is intended to achieve aside from appeasing socially awkward shut-ins and twenty-year-old Buzzfeed writers, but there you go.

Well, I know what I’d like to say. I’d like to say that my writing is best defined by its determination to criticise, that I’m best known for my argumentative attitude and cynical outlook on life, but in reality I’m probably just a pointless rabble-rouser holding onto the most negligible niche imaginable. But I’m okay with that. Someone has to push peoples’ buttons and if anyone wants to burn my book, then they have to buy a copy first.