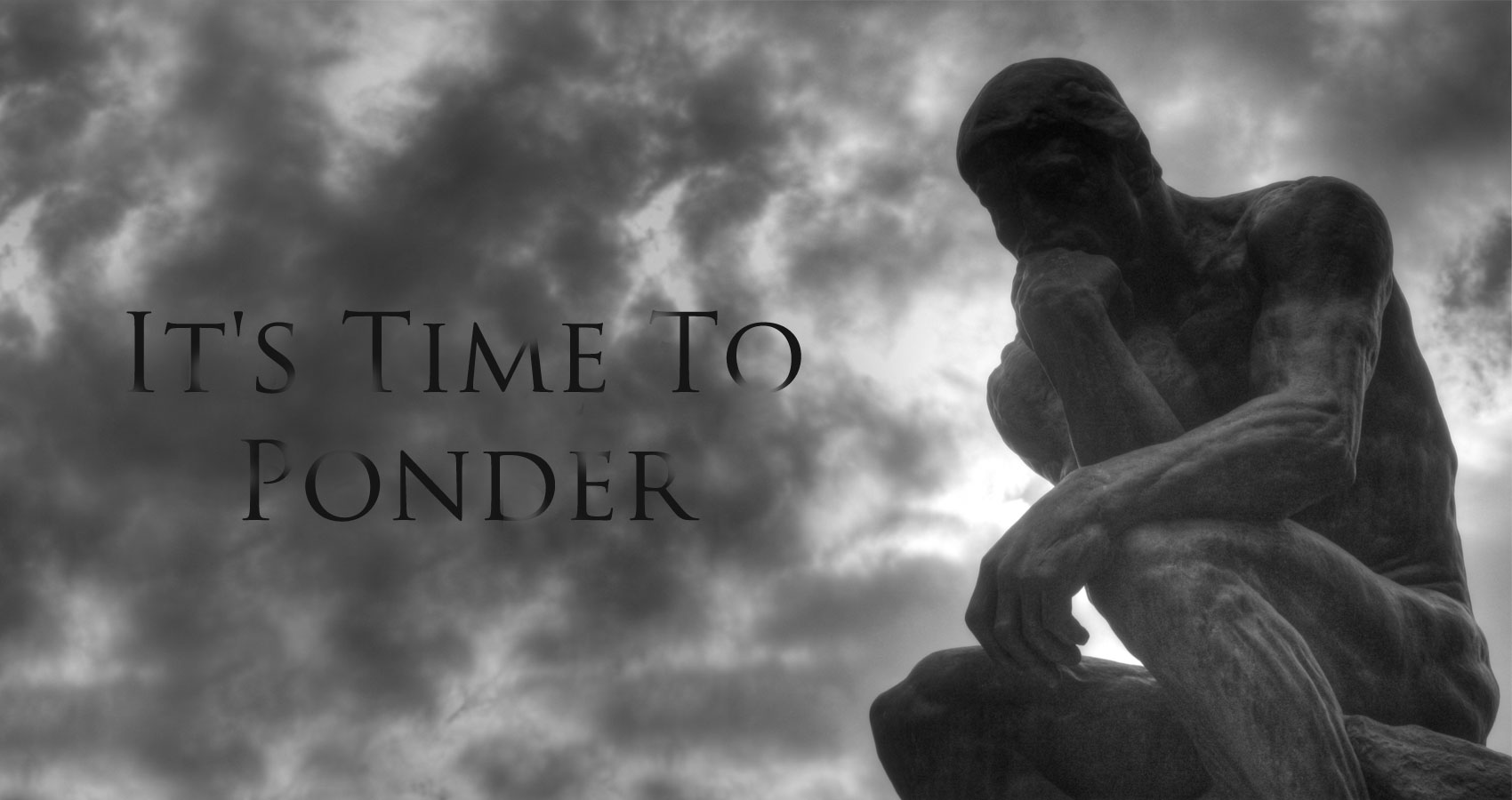 When the country becomes no man’s land
And you get stranded
To move further, or take a step back
Then it’s time to ponder.

When your identity is questioned
History becomes the game of blame.
The question arises, what to do and what not to do
Then it’s times to ponder.

When a group conspires to divide the civilization
And you are the obvious target.
Then you dare to interact, but fail to garner that spirit
Then it’s time to ponder.

When the debate takes the wrong note
And you find yourself distraught
To listen or not to listen, begins the dilemma
Then it’s time to ponder.

When the situation becomes alarming
And you are on the receiving end.
The time has arrived, but hard to believe
Then it’s time to ponder.

Believe me,
This is the time to think further
Be decisive, where it should end
Yes, it’s time to ponder.