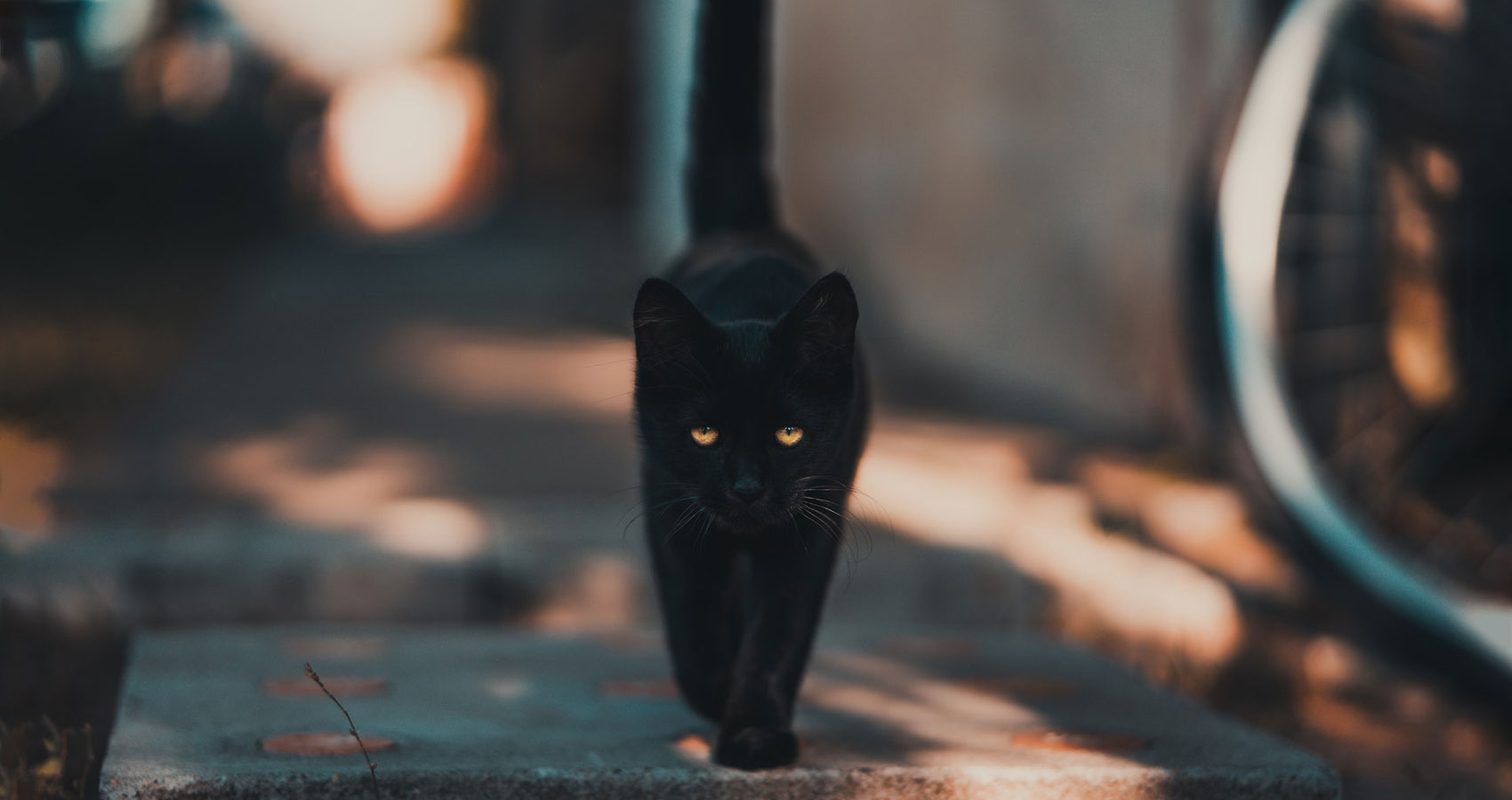 I always thought the idea of a black cat being lucky was a misnomer. I encountered ‘Lucky’ three days ago. She was holed up behind some industrial rubbish bins, trying desperately to save her kittens from any and all. It was her good luck that I happened along, but she didn’t seem to think so. It took me at least an hour to get her in the box. The kittens went with her. Even I knew it wasn’t a good idea to separate a mother from her new-born. Five days later mother and babies were doing well, and the cattery staff said, ‘She’s a friendly little thing.’ I chuckled to myself. Yeah, tell that to my slowly healing hands. The scratches still smarted.
That morning, I received more good news. A letter telling me one of my stories had been accepted for a magazine. Chuffed to bits didn’t come close. Not only that, the editor offered me a contract with a view to having a permanent spot in the mag pending a meeting with him. The date and time were listed, all I had to do was ring and confirm.
Mind blown and all that.
‘It’ll be that black cat you saved the other day.’ Jen slapped a mug of tea in front of me.
‘You reckon?’
She sat at the kitchen table opposite me and bit into a slice of toast. ‘Definitely. You know they’re lucky, right?’
My flatmate lived in a dream world. I guess that made two of us. ‘So, it had nothing to do with my artistic storytelling, imagination and wit?’
She giggled. ‘Nah.’
‘Thanks for that.’
After downing my tea, I left for work with a promise to ring the editor later.

‘So, Matt, you might be published?’ Jules eyed me over the rim of her NaNoWriMo flashlight mug.
NaNoWriMo stands for National Novel Writing Month. Me and Jules had taken part for the last few years. She was more serious about it than me. I was what’s known as a NaNo Rebel (someone who doesn’t follow the novel-writing rules but takes part anyway) and proud.
‘Yeah.’ I poked at my ham sandwich.
‘Which story?’
‘The humorous sci-fi one.’ I didn’t tell her I’d have to adapt it.
‘Really?’
‘Don’t look so surprised.’
‘Sorry.’ She stuck out her tongue.
‘The editor asked me to ring him and confirm a meeting to talk about a permanent contract. He wants to see what else I’ve got.’ I didn’t tell her or Jen that the magazine was for kids. It didn’t matter really. Not if I was published. You had to start somewhere, and the children’s market was as good a place as any.
Nodding, she said, ‘Great. Well done. I reckon that black cat you saved the other day has brought you some luck.’
‘Yeah. That’s what Jen said.’
Maybe there was something in it. Rejections lined the bottom drawer of my desk; well, filled it if I’m honest. It must be one of those “one good turn deserves another” kind of thing, but I couldn’t quite hold onto the idea that a cat had been the source of my recent success. Some of it must have been down to me.

That night I had a dream. In the dream, a dark-haired man with deep brown eyes beckoned to me. He had a beard to match his unruly mop of hair and was dressed in a white suit. He sat in the middle of a plush red patterned rug. Between his legs a black cat curled, purring – a rich sound, mellow and calming.
The man gestured for me to sit. Facing him, I lowered myself onto the mat and mimicked his cross-legged position.
And then it got weirder.
‘So, Matthew, you’re getting one of your stories published?’ The cat had moved from its comfy position to stand in front of me. Settling back onto its haunches, it peered at me with bright emerald eyes that flashed yellow as it spoke.
Speechless, I could only nod.
‘Do you believe in karma, Matthew?’
‘Well, I … think so, yes.’
‘My name’s Jemima by the way. Do you think you could put in a word at the cat home? Only they’ve taken to calling me Jonas even though I’m most definitely not a Tom.’
‘Um–’
‘She prefers Jem.’ The man’s face beamed.
‘Okay–’
‘So, let’s make this easy,’ Jem continued. ‘Karma simplistically explained means: whatever you sow you reap, right?’
I tipped my head in agreement.
‘You found me half-starved with five very hungry kittens. Unlike all the other humans that had ambled by and not bothered to look, you, merciful Heaven, did. Karma reward number one. Your second test was the finding of a box. I won’t embarrass you any further by going into details. Karma reward number two. The third return was bestowed when you overcame the vicious cat trope. In deep gratification, I also awarded you a gold star karma prize for not giving up–’ Jem paused to lick her paw and wipe it over her black-furry head.
‘Then, not only did you manage to secure said vicious cat you also retrieved her darlings and deposited the cat family at the nearest vets; who a few days later, deemed cat family to be well enough for rehousing at the local cat home.’ Jem rose and approached me. Placed a front paw on each of my knees and eyeballed me. ‘It’s okay to say thank you, Matthew.’
It was one of those dreams where you woke up mid-epiphany.

The next day, I called the cattery. ‘Jem’s been rehomed with all her kittens.’
‘Jem?’
‘Yes–’ a small titter reached my ear. ‘We decided Jonas wasn’t really right for her.’
‘Oh, I see. Thanks. Um—’
‘Yes?’
‘Are you allowed to tell me where Jem is now?’
‘Well, not the actual address but the man who took her was in your line of business.’
‘What, designing websites?’
‘Oh, no. He’s an editor; apparently, for a children’s magazine.’
‘Really?’ I’d written a short bio for the local rag to promote the cattery. Never got to the bottom of how they’d found out I was a writer. Anyway, it was my one claim to fame. ‘Ah, great. All’s well that ends well,’ I said, and put my mobile away.
Now pay attention.
‘Mr Jemkar will see you now,’ the receptionist said, smiling.
I stood. This was it, best foot forwards and all that.
‘Ah, Mr Jonas thank you so much for coming. Take a seat.’ He waited as I settled myself. Then, ‘Good. I’ve read through most of your content folder and I must say it is very impressive. You’ve never been published before?’
‘No.’
‘Hmm. Interesting. Well, I have a small project for you—’
‘Yes,’ I said too quickly. Don’t let him see that you’re desperate Jules had told me. I sat back in my chair and took a deep breath. Swallowed my enthusiasm.
‘I have a story idea I’d like you to pursue. If the children like it, I’ve plans to run it as a serial.’ He rested clasped hands on his desk. ‘What say you? Interested?’
I sat forwards again. ‘Yes. Very. What’s the idea?’
‘It’s about the plight of a black cat and her kittens …’
I grinned. The kids are gonna love it.