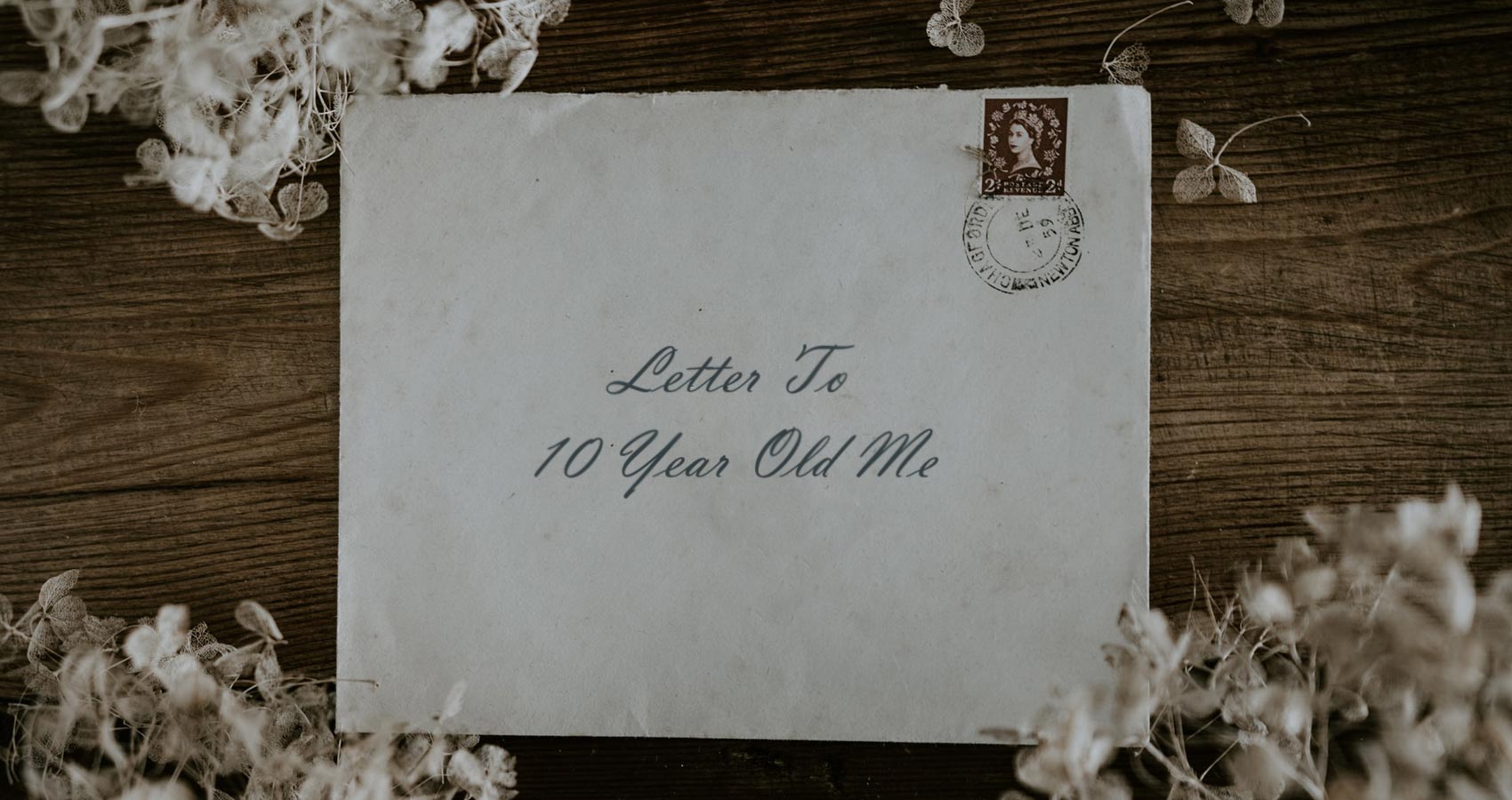 Letter To 10 Year Old Me

Letter To 10 Year Old Me 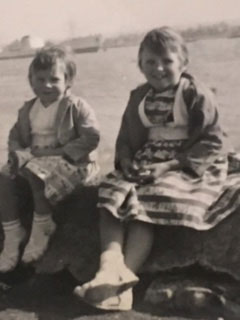 Well, so much time has passed – I’m writing to you in my 6th decade while you are still that awkward little girl from the council house who wouldn’t say ‘boo to a goose’ as Dad would say. You’ll be starting your last year at junior school and you know what? You’ll pass your 11+ and go to grammar school. But don’t worry you’ll love it. And the hand knitted cardigan that will cause you so much grief, when everyone else has ones from the uniform shop, really is better- I promise you. Yes, you’ll be the only one from your class but you’ll meet so many different people from different walks of life- ones whose mums drive cars and whose dads work in offices!!. But remember they are no better than you just because their parents have more money. You have so much ahead of you and so much to experience that your little head just couldn’t imagine now.
In the past 50 years, things have changed so much – you would never believe the things we can do now. I think Dad might have recently got a telephone, or he’ll get one soon, but imagine!! Now we have phones we can carry around with us!! We can talk to other people anytime, anywhere! And we have something called Internet which means that we can find out so many things through ‘computers’ (you won’t see those for a long time yet) without leaving home!! We can see others on the screens and send messages and letters to people without going to the post office. I can’t even explain it to you properly as there is nothing you are familiar with to compare it to – except perhaps imagine your TV can be used to contact other people and see anything you want to. Sounds like something from Dr Who doesn’t it?? But it will make sense to you in years to come.
You’ll go to University even though Dad won’t be happy about it- he’ll say that there’s no point as you’re a girl but stick to your guns. It’ll be worth it. I’m sorry to say Mum and Dad aren’t around anymore but don’t be sad- you still have many years left with them. They didn’t die till they were older than I am now. And that’s saying something. I know at the moment you think that anyone older than 20 is super old but that will change as you grow up. And when you are grown up you and Janet will take them to all the places they take you now- in your own car!!!!
Life won’t always be kind to you- but you’ll have really happy times as well as really tough times. But that makes us all stronger and everything that happens will shape you into the person that you will become, so many years later. You’ll fall in and out of love, be lovestruck, be rejected even but you will eventually marry and have 2 fabulous children- and 2 amazing grandchildren!!!
I’m going to be honest and say that you and the man you marry will not always be happy together. But it’s not all bad. You’ll work and live together in lots of different countries and learn so many things about other cultures which will stay with you forever – and it will make you so much more tolerant- does that make sense? Probably not at the moment.
You’ll have children together but you’ll reach a point, many years later, when you both realise that really you don’t share the same interests and it was only circumstances that kept you together – a sense of duty that once married you stay married. I may be much older now but still influenced a bit by my old fashioned sense of right and wrong. So now we are not together but are still friends despite the fact that he is now with someone else younger than me- well a lot younger really. But life is too short for anger – she seems nice but I doubt we will be best friends like you are with Deborah and Susan now!!
One of the biggest surprises you’ll have is finding out you have a brother and another sister- well half brother and sister. Life is full of surprises. Sadly you haven’t yet met your half-sister all these years later but you never know. You might one day. But you have met your half-brother and he is really lovely – looks so much like Dad!!! He is really funny and makes me laugh – so you have that to look forward to.
So here we are in 2020- which will be the strangest year of all that you will live through. But all the things that happen during your life will prepare you to deal with it. You are strong, resilient and will be determined not to be beaten down emotionally by this historic Lockdown. All those amazing things I mentioned at the beginning – phones you can carry around, internet – will keep you in contact with others. You may be physically on your own but you won’t be alone- there will be support from all sorts of people and you in turn will support others. You’ll have proper radio stations to listen to and not just pirate radio stations. There will be TV programmes all day and night – not just for a few hours and you will be able to read books on screens if you can’t go to the library. Yes life is weird and strange at the moment but you know what? Whatever happens we adapt and so whatever is worrying you now at 10 years old just remember- you’ll get through it and grow to be a stronger and dare I say better person because of it. Enjoy the adventures you have ahead of you- and don’t regret anything because we learn from everything that happens to us- good and bad. And most importantly- never take anything for granted since we never know what is coming round the corner.

I am a mother and grandmother who enjoys writing but usually just for my own pleasure. I was born in Essex but spent many of my adult years in various overseas wherever my husband was working. I studied Sociology originally at University but began teaching English as a Foreign Language while abroad. On our return to the UK I began working in adult education teaching Literacy and Numeracy but always had a passion for Early Years education. As such I retrained and spent a number of years working as an early years practitioner, until I retired in November 2019. I now live in Leicestershire and have two grown up children and two young grandchildren with whom I love to play and read stories to.. During Lockdown I wrote a number of little short stories for them, which i recorded and shared with them just for fun. My first little children's story book Off to the Beach was published by Bumble Bee Books (part of Olympia Publishers) in April 2021. It really was a lockdown project!