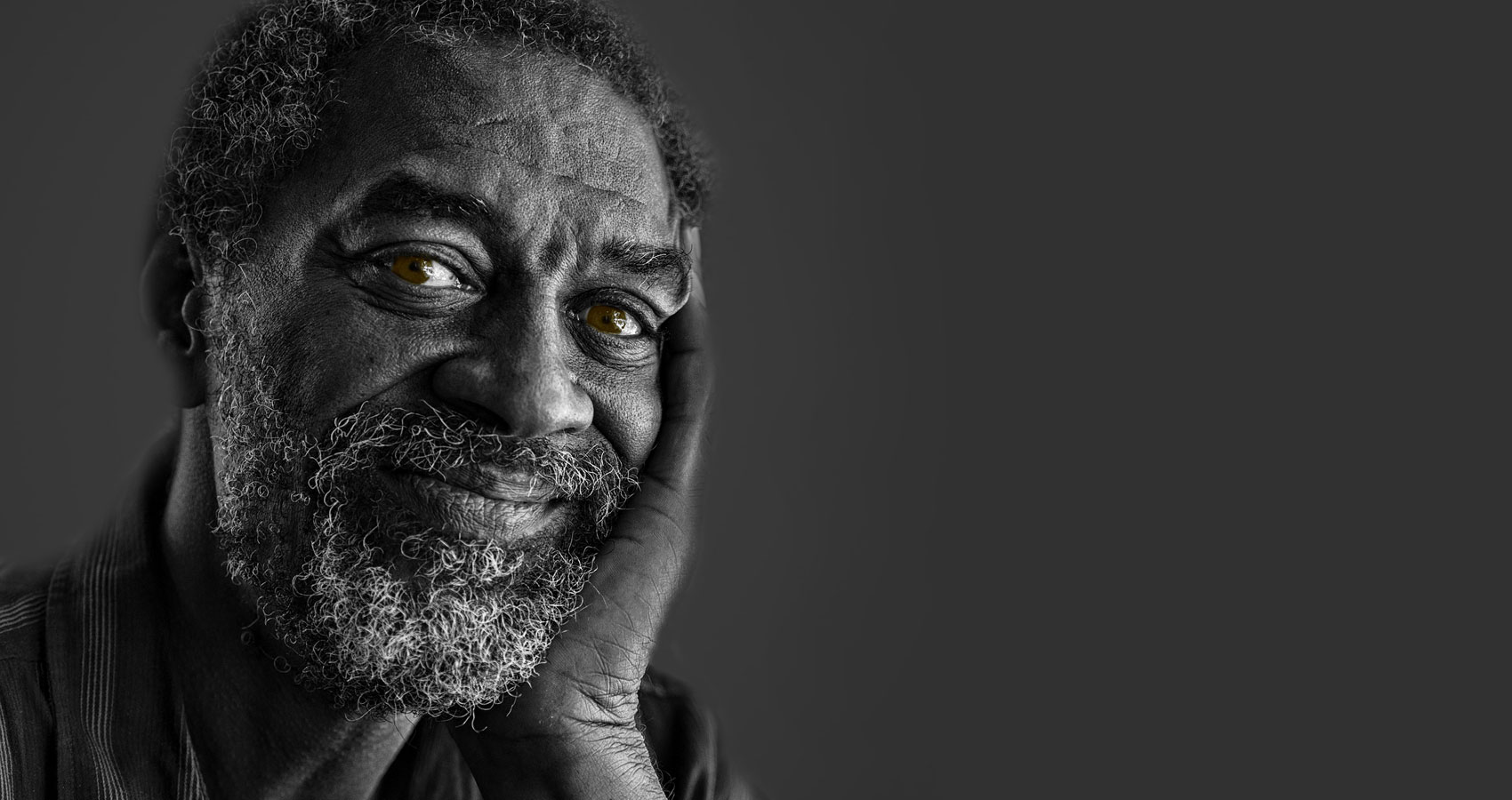 Limpid pools of amber lights
they glistened like precious gems
in their sockets.
I remember them well
those sparkling eyes
nesting gracefully
in my dad’s aged face.

Those eyes witnessed many moons
now reflecting gifted wisdom shown
on an old man’s face
forever smiling lips in old man’s head
when he shared the beauty his eyes beheld.
Once the eyes of a warrior
a hunter of prey
stalking wild life and myths
in the darkness of night
his headlamp lighting the way
visions he shared
in his stories to us kids
with a hunter’s pride and a
stutter in his voice.

The last time I adored them
it was at Easter
he gazed down from the stair where he sat
his eyes shone bright with
admiration while
looking at the first and
second generations of his seed
adoring his fold
a vision of pride he would
forever hold
to accompany
him on his journey
home.

And when next I saw
him
he had been given his last rights
his body posed in rested pause
while his spirit soared on
Its final hunt
journeying home.
The amber eyes I knew and loved
the windows to his soul
now shut closed for good.
The memory of them
I’ll always keep
cause they once
regarded me
with love and awe.
My father’s amber eyes.

OCTOBER 2020 AUTHOR OF THE MONTH at Spillwords Press
On Trinidad, the larger island of The Republic of Trinidad and Tobago is where Sheila was born. After a rewarding childhood, she migrated to the United States in the summer of 1969. Soon thereafter she became a Naturalized Citizen. Though she never took a Poetry class, her passion for poetry compelled her to a prolific self scholarship. Perhaps it is the reason her writing style can best be categorized as Visual Poetry, blending emotion and vision into a poem of color. Sheila resides in New Jersey where she spends her time enjoying her grandchildren and preparing her collection of poetry for publication. Her poems are featured at Spillwords publications.