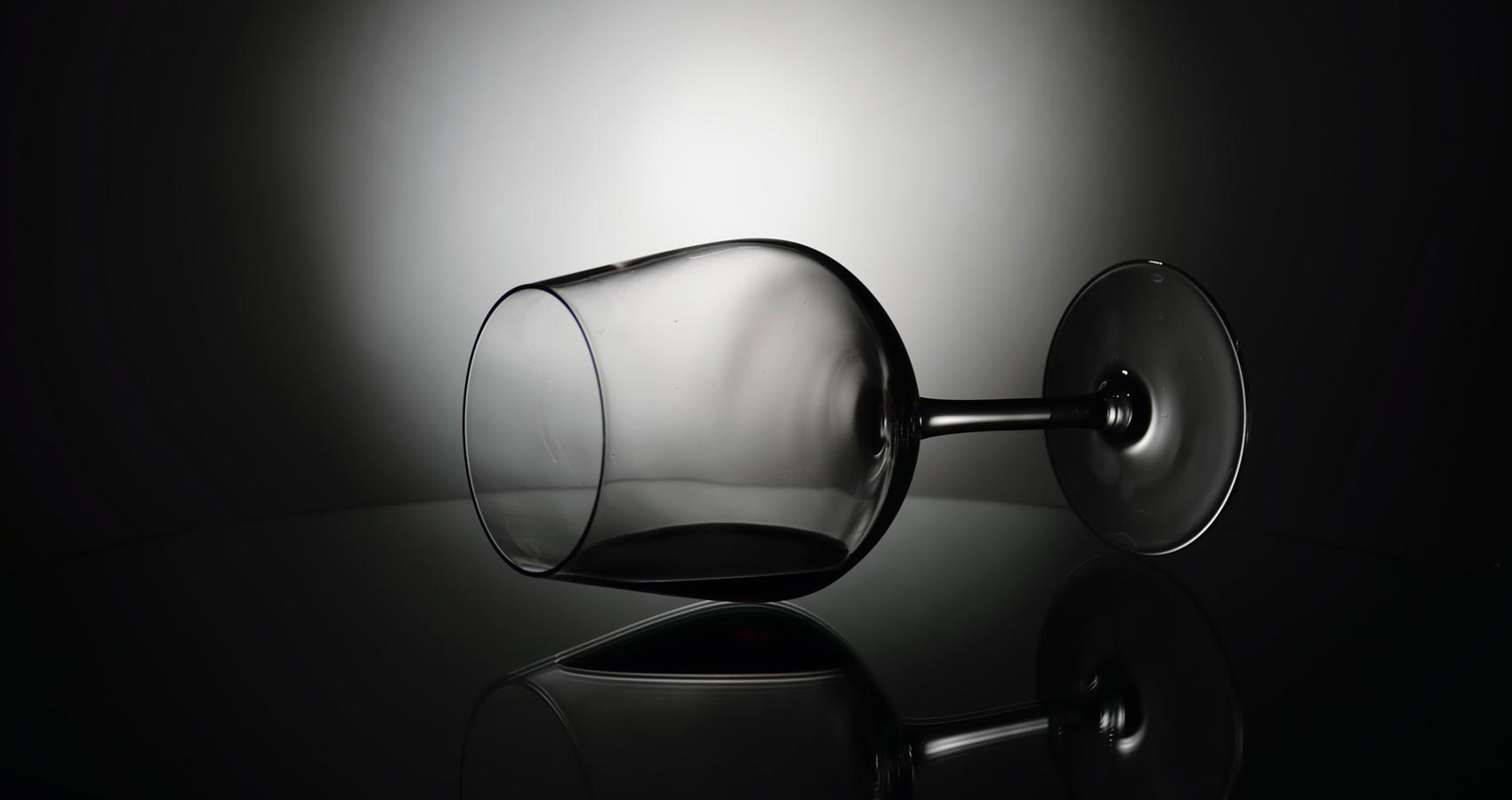 No Wine in The House Now

No Wine in The House Now

Nili hates it when I drink wine late at night.

I do not go on walks. I do not help keep the bed warm. I sit in front of the glowing box for hours, doing nothing but drinking wine and watching the cursor blink.

She is coming to check on me now, her nails clicking on the hardwood floor of the long, narrow hallway that runs the length of this old, brick house and connects the bedroom to the office, where I sit and drink with my face to the screen and my back to a single-paned window that lets in the cold.

She watches me for a moment with her head cocked. Then she walks back toward the nest she has made in the blankets atop the double bed we share, the sound of her nails fading down the hallway.

I’ve got the glass at my mouth, but I’m not drinking. I’m watching the drops of wine swim slow arcs down the curve of the glass into a darkly shimmering puddle.

I tip the glass further toward me. Some trick of light dims the circular mark where the stem meets the bowl. A dark circle hovers above the pool of black wine like a sun shining shadows instead of light.

I hear nails click on hardwood. Nili is checking on me again.

About a week ago, I told a friend that four and a half days out of ten I would trade lives with this dog. Today is one of those days. Definitely one of those nights.

I taught Nili to bark when I ended a sentence with the word alien: Nili, is Chantelle an alien?

It worked as a party trick because everybody took the bark to mean yes.

Earlier tonight I tried to trace the embossed logo on the shoulder of the wine bottle into my notebook and understood in my scrawled failure Mercator’s difficulty drawing a flat map of a round world.

I swallow the last mouthful surrounded by the midnight silence.

No wine in the house now, nothing in my inbox but autoconfirms and out-of-office replies. Navigating the long hallway to the bedroom, I realize that after the divorce is final and this period of my life is over, it will be this dog that I miss the most.

And I will regret most, the tricks I played on myself.