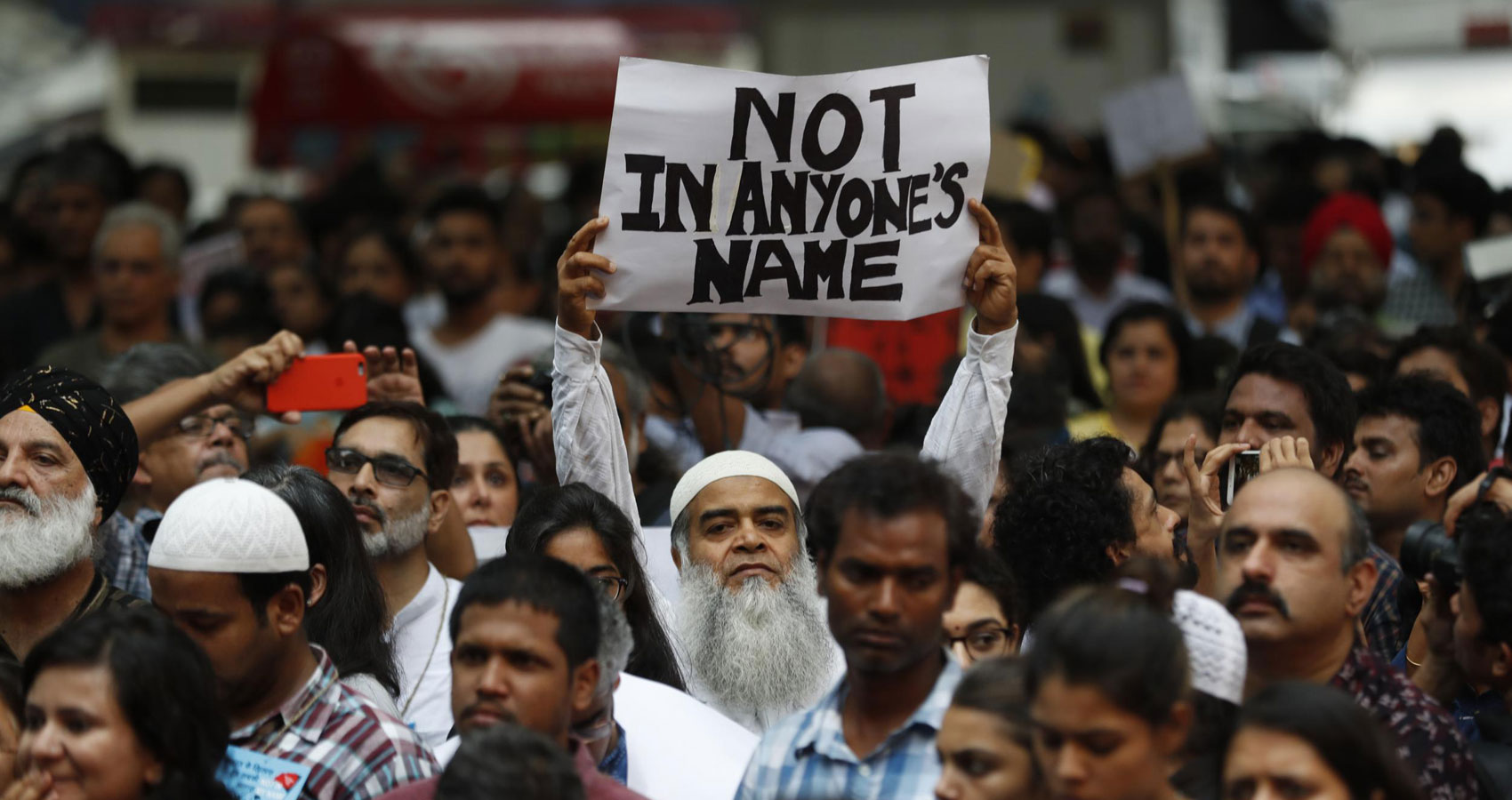 NOT IN MY NAME

NOT IN MY NAME

A boy woke up reading the Kaalima with his lips
Unaware that the day will witness his last vibration
While he kept spattering water over his face
His ears kept filling with readers of lynching
Readers moulding the image of lynched neck
Into different cartoons with millions of blind and deaf people
He was ignorant of them as he noticed his friends coming
Worried faces with thirsty mouth gave the news of Pehlu and Akhlaq
Stumbled across the can of water he marched towards his house
With tears in eyes he sobbed the whole day searching for “Why”
While his mother patted over his shoulder to make him eat
“How far will it run, Ammi? It’s number 15”, he asked
A confused mother never behaves like a confused one
She just said, “Don’t worry” instead of “Be scared”
Eid was approaching with friends, sweets and hugs around
It was approaching with juicy meat which he eats only when Eid comes
His mother specially makes for her beloved son
Beneath the roof of celebration and encircling friends
Little did he knew of the shiny sword miles away
As the conversation started among his friends of the ways he will celebrate Eid
Weasels with violent smell approached with doubt ticking inside
Ticking so hard that even before he could vibrate his lips
They launched their shiny sword and ripped his oesophagus
While he exhaled his last breath saying “Not in My Name”
Millions of people inhaled it with full force to never let it escape
His mother kept his name to make him feel like a soldier, Junaid
Now when the soldier is dead, why silence is so hard to break?
When did meat become so juicy that it made molars of sword greedy?
When did the architecture of the nation started to change its shape like a maze?
When did A Name become so prominent to make its glass filled with blood?
It’s not in Your Name, it’s not in My Name
How would it feel when you hear that your son or daughter has been lynched for a food?
When will the Republic of India stand over the Republic of Lynching?

Kabir Deb was born in Haflong and completed his schooling from Kendriya Vidyalaya, Karimganj. After that completed his Graduation and Masters from Assam University, Assam. Poetry has been his passion and a hobby from childhood, and hence submitted his poetry in this magazine. He looks forward to change the society with the power of poetry. His work has been published in '​To be my Valentine​' edition of ​Hall of Poets, Reviews Magazine, Bhor Foundation, Different Truths Magazine. He has recently received The Social Journalism Award from the Different Truths Magazine.