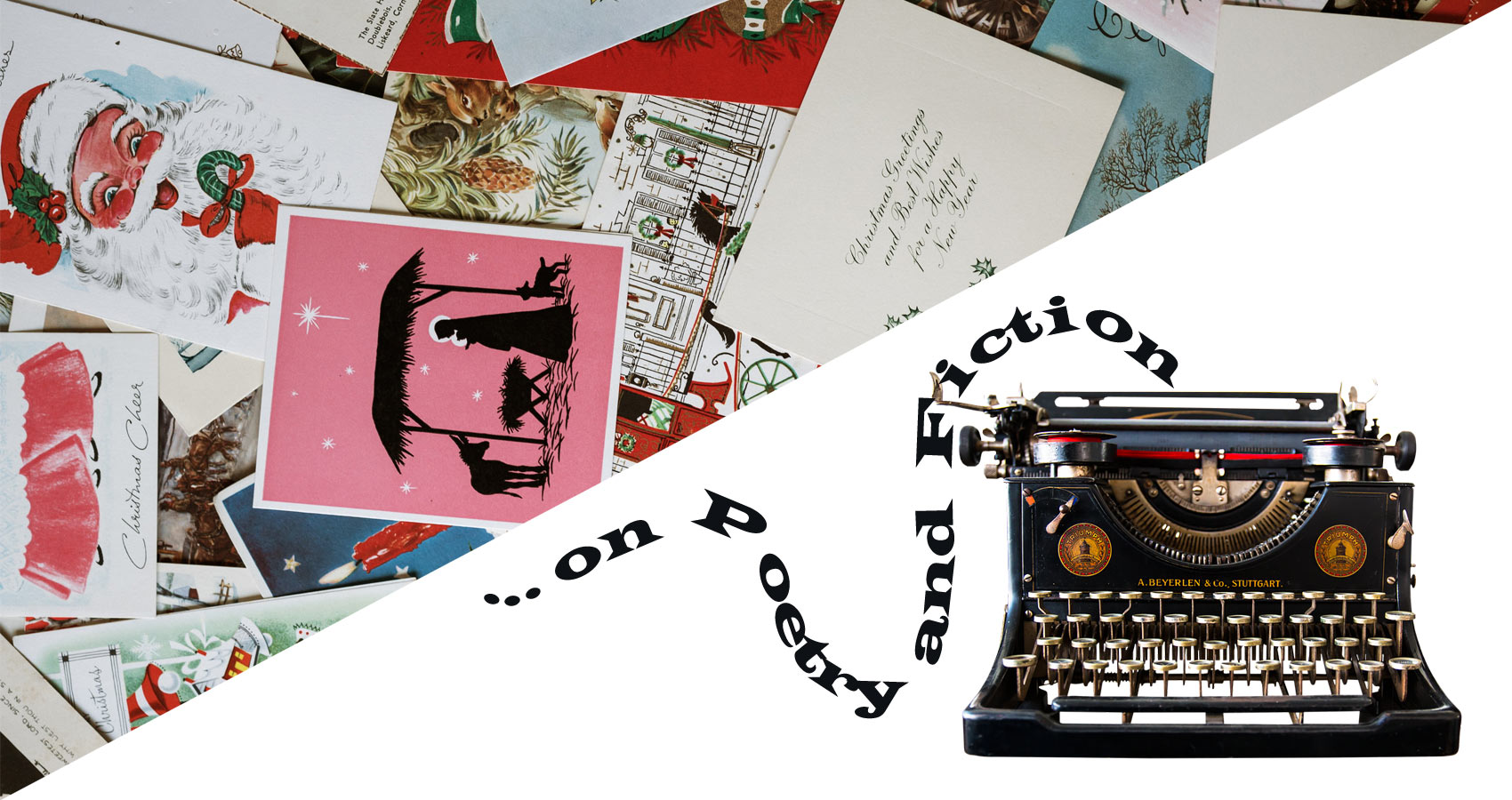 …On Poetry and Fiction Just “One Word” Away (“Christmas”)

Just “One Word” Away (“Christmas”)

It was bone-chilling and bitterly cold in New York City this evening. As far as Dom could see from his apartment window in Brooklyn, the winter snow covered the asphalt streets in mounds and twinkled beneath the light of the corner lamppost. He felt a strange loneliness come over him, as he watched the snow continue to fall. This strange loneliness, however, was wrapped in eerie comfort and winter peace. He actually embraced the feeling and enjoyed the somber mood, as he found a haunting joy in it. He remained glued to his window, possessed by the darkness of the night, and mesmerized by the magic of a snowfall.

As everyone remained nestled up in their homes, surrounded by family, and most probably sipping hot cocoa in front of their television sets, Dom was doing his solo act from his window… Even the dog walkers were out of sight. Except for a few discarded Christmas trees, the streets were empty. So he made a cup of hot cocoa for himself and thumbed through all of the Christmas cards he received this year, in order to update his Christmas Card address list. It was then that he was reminded his dearest friend Rosa, with whom he shared the deepest friendship with until she married and left Brooklyn many years ago, twenty years ago to be exact, had not sent him a Christmas card this year.

So much time had passed between them. They were no longer youthful as they were back then, as both approached their early fifties by now; but Dom still thought of Rosa as young and as beautiful as ever. Fond visions never change in our minds and hearts. He missed her so much. He missed her annual Christmas card. He missed learning about everything new in her life since the previous Christmas…Deep down, he knew something was wrong, because they always exchanged Christmas cards since the day she left. They made that promise to each other, because they knew they most likely would never see each other much, if at all, and a Christmas card would be the best way for them to stay in touch and communicate about their lives. She had a new life in a small town in Upstate, New York, while Dom’s life stayed the same here in Brooklyn.

Dom would be lying if he said he was not pining away for her all this time. Although their relationship remained platonic throughout the years, that may have been more of Rosa’s choice than his. She was young, smart, funny and beautiful; and he was young, smart, funny and attracted to her, as any man would be…But they agreed to at least stay in touch through a yearly Christmas card…and they did for the past twenty years, except for this year. Yes, something was not right. It’s already been several weeks past Christmas, and Dom hadn’t heard a word from her.

It’s been forever lonely for him since the day she left. She was his very best friend…and more…in his heart at least. After her parents passed on, some years ago, her siblings moved away with their families, as did Dom’s once his Mom and Dad passed. Dom’s siblings lived down in Florida, and they rarely saw or heard from one another, except for the “obligatory” phone call, on occasion. Dom had no idea where Rosa’s siblings moved to; they had all lost contact. Sometimes life just works out that way. Actually, the only time she and Dom saw each other since she married and left Brooklyn, was at both their parents’ funerals. She was sweet and caring enough to come back to Brooklyn to console him during his time of loss. She knew he needed her friendship, and he knew it too. After that, they never saw each other again. Except for the annual Christmas card, there was no other contact.

All Dom recalled from the last day they saw each other, was her sweet voice whispering into his ear, “Take care of yourself, Dom.” The smell of her perfume remained with him as he watched her walk away, get into her car, and drive off – back to her home in a little town in Upstate, New York – and back to her husband Brian; a man Dom had never formally met. He saw him from a distance at both her parents’ funerals, but they never spoke. Rosa never introduced him to Dom. Dom always wondered why…He seemed okay, as far as Dom could guess; but he was a bit older than Rosa and a little standoffish. Not like Rosa at all.

Dom had been deeply saddened by past memories from a once happy, now lost, time in their lives. Those memories cut into his heart like a knife. Both their families were inseparable over those years, as they were not only neighbors, but their parents were close friends since they were kids. Rosa and Dom were in the same classes in grade school, they went to each other’s backyard birthday parties, and they escorted each other to High School Prom. They even attended the same college in Brooklyn, New York. They traveled to and from college together, and tried to set up their class schedules and lunch breaks at the same time most days.

The campus was beautiful, and it offered them a chance to discover it and embrace it together. They would sit at the windowsill of the music building on their breaks, and watch the students and professors below, walk by hurriedly, as they both chatted about college life. They had many of the same friends, and they attended many of the same social events on campus. At times they even dated other people, but always made their way back to each other and the solid friendship they shared.

A special treat for both of them was simply sitting together on the old wooden benches near the many gardens and fish ponds scattered about the campus, as they laughed at each other’s jokes. Most memorable was their love for old structures. They took in the awesome sights of the ornate architecture and ancient facades of the many buildings on the grounds. It was both a learning as well as a memory-making experience for them.

They shared a special bond Dom thought would last forever. He actually felt they would have ended up together with a family; but that wasn’t the case at all. They were just friends, and she had other ideas. After college, she went on to teach Mathematics at a High School in Queens, and Dom went on to teach English at a High School in Brooklyn. That’s when she met Brian, a teaching colleague; and their lives suddenly went in opposite directions.

Dom dated lots of women over the years, including some teaching colleagues of his own; but not one of them compared to his sweet Rosa – not in looks, personality, or intellect. Rosa was exciting to be around. She was fun, she was smart, she had a “Joie de Vivre” that was so infectious it made Dom want to try things he wouldn’t normally do. He never knew what to expect from her. Being in her company was always an adventure he hoped would never end. She had a strange and mysteriously quiet side too, which made Dom often wonder who she really was inside and what she was thinking about. She ran hot and cold, but he loved it all and he missed it all.

Needless to say, Dom remained single to this day, as he patiently awaited the next year’s Christmas card from her. He lived life through her cards and through her words, once a year. Pretty sad, but that’s the way he wanted it. He had secretly hoped one day that she would write and tell him her marriage was over and she would be returning home to Brooklyn…and perhaps to him. Little did she know how Dom truly felt about her…Painfully, on this cold, lonely and snowy night, he discovered that last year’s card may have been “The Last Christmas Card” he would ever receive from her. This was very troubling to him, and his mission now is to find out why.

“Prologues” are introductions to stories readers are about to read, mostly used in fiction. I hope this “Prologue” keeps you interested in my next novel, “The Last Christmas Card”, which is currently a work in progress.