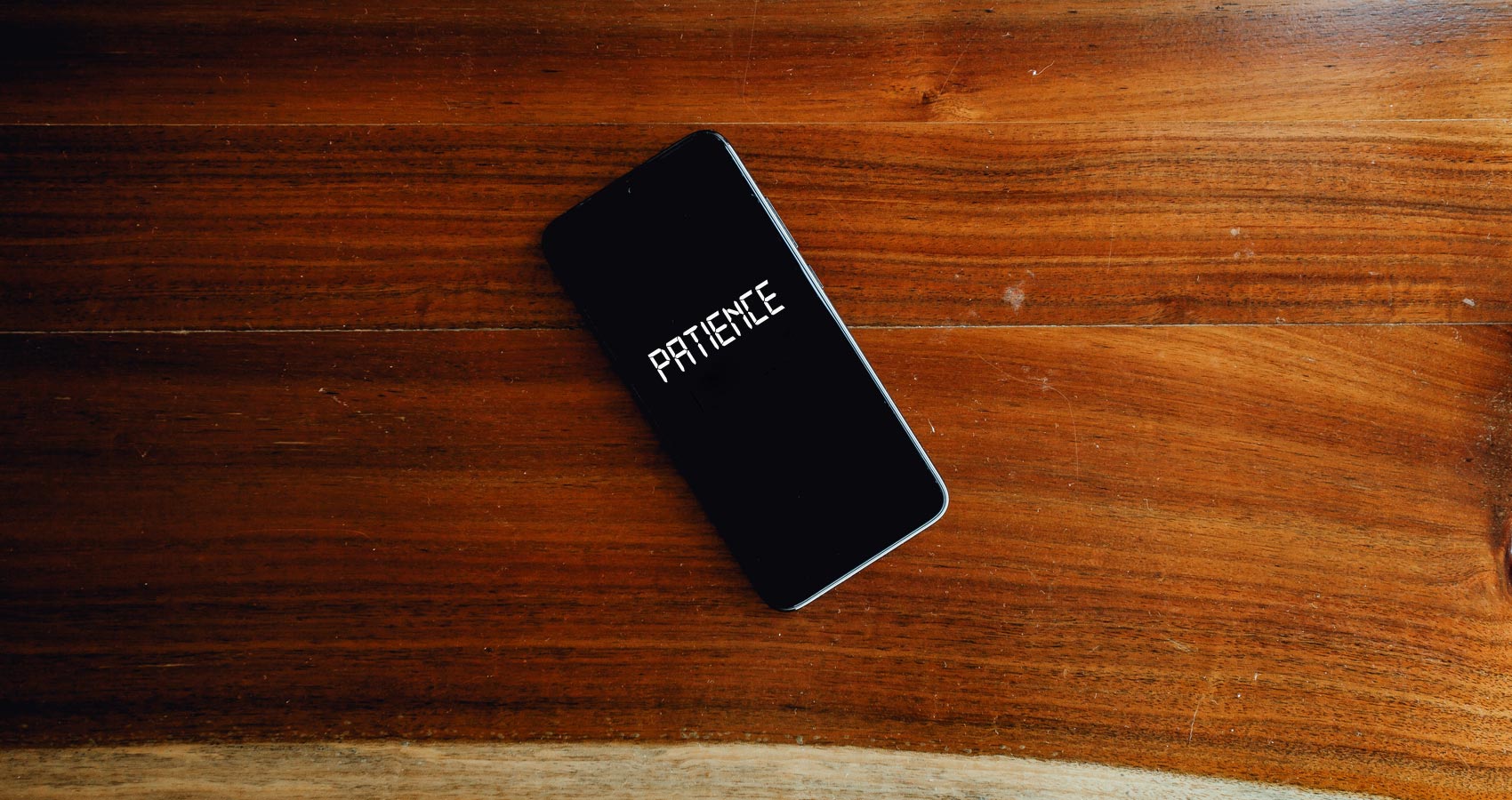 Patience Is A Game He’s Not Made For

Patience Is A Game He’s Not Made For

Sunset pours into the study. It stains the brown shutters, desk, and shelves with orange blotches. He could eat an orange. He could eat a dozen. He’s positively parched, body spread in two—arm and arm, leg and leg, head cocked back. Tongue lying lazily to the side. Our friend isn’t lame. Nor is he some pragmatist, cooling himself without straining for the AC. Though, this would make sense. His dress shirt is sweat soaked as if he just emerged from a pool. No, the poor man is in love. And waiting.
He’d been ignoring our calls. He hasn’t answered a text me or Matt sent him ever since he met Jolene. We’ve seen him walking down the street across from our office in the city. Sometimes with her, but mostly head craned down, neck making a perfect “”, bear hands mangling his touch screen in a hasty effort to send love symbols to his love.
In his study we’ve studied and are studying him. As a matter of fact, there is a reason he texts with zest to his partner. He is, in fact, timing it. The goof. Matt nodded with laughter when I told him. If Jolene sends a text he waits two minutes to respond. If she answers right away, he answers right away, and it becomes a game of ping pong. But. But. BUT. As we’re seeing in his current behavior: if she takes ten minutes or more to respond, he’ll wait that amount of time—plus five minutes. “A man’s got to have character,” he said aloud to himself once. Which is foolish. Not the principle, but Jolene would ghost him for weeks before making a dramatic return. He fell for it every time. Never did he seek advice from Matt or me. We were more than willing. He’s our best friend after all. Is he? Was he? Hard to tell, since he’s so consumed with this woman.
It had been two weeks since he last texted Jolene. We angled the camera to catch a glimpse of the message. “TGIT, amiright?” Thank God it’s Thursday. Would she even get the acronym? A simple Lol would be enough to satisfy him at this point. A “man of character,” not only did he have to wait for Jolene to respond (two weeks and counting). He had to wait that amount of time—plus five minutes.
The egg would crack soon enough.
At last he is lifting his head. Eyes blank as if stirred from a trance. He wriggles his body, an astray soufflé. Clearly he preferred his daydream. Atop his desk are stacks of paperwork, a jar of pens, and in the center, his phone. He knows he has work to do. We know he has work to do. Those real estate forms wouldn’t sign themselves.
But his phone had been locked for a while. Surely there was a chance, an inkling of a possibility, the tiniest atom escaped from Schrödinger’s basement confirming he got a text from his love. Right? In a swift move he flings his arm forward and retrieves the phone, but not without spilling a sea of papers on the floor. He yanks his arm back, he jams his thumb to the screen, he swipes down the menu.
‘No new notifications.’
At once he drops to the table, cradling his head as he’d inevitably cry himself back to sleep.
We swivel the camera around. The orange room is tinged blue in the monitor’s feed, but we can tell it’s a beautiful day. The three of us used to play Frisbee in this weather. Adults invading a child’s playground, but we never cared. In Matt’s eyes I could tell he is thinking, do we let this go on, or shall we end it? In my mind I dare to ask, who are the real children? The fool or the ones watching him?

Jamal H. Goodwin Jr. is an undergraduate English major at Temple University. He enjoys learning the facets of prose style and observing writers like Teju Cole or Lydia Davis utilize it masterfully. Find his stories on Medium or on his website, thefictionwriter.