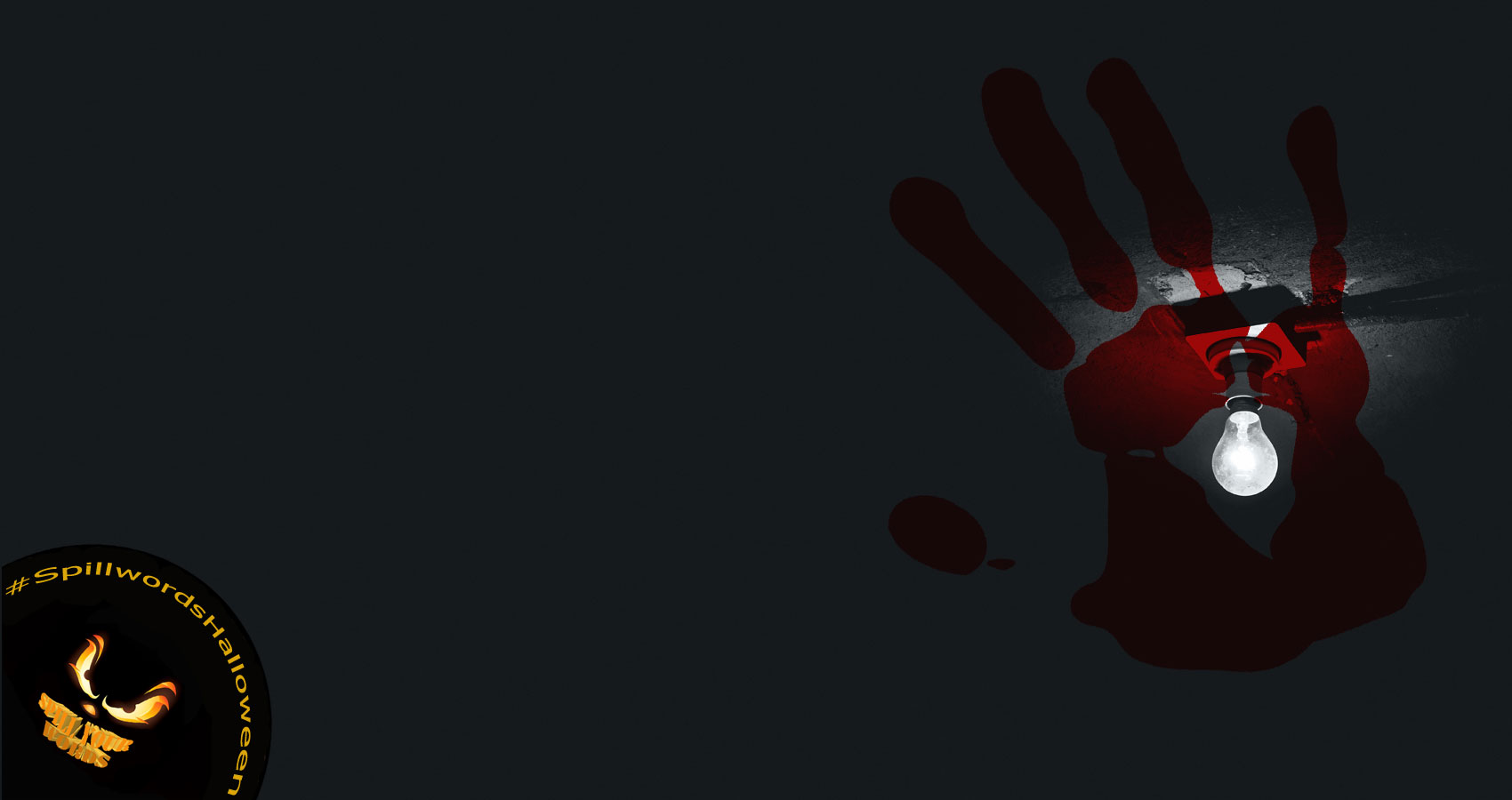 It was a long day. He had too much work. But the silver lining was that it was Friday. He reached his home at 7. The door creaked as he pushed it. He reached the switch to turn the lights on. But, he felt something under his hand…other than the switch. He felt something strange, something familiar, something like a…like a hand! Startled, he backed away and stumbled on the couch. He tried to calm himself. He thought it was just his imagination. He placed his right hand on the couch to get up. He again, felt a hand on top of his own. His fears rose. He ran to the switch and turned the light on. There was nothing on the couch or on the switch. He let out a sigh of relief. Suddenly, the lights began to flicker and the door closed with a bang. He rushed to the door and tried to open it. As he placed his hand on the knob, he felt that hand again. In the flickering light, he saw only his hand. But, in the dark, he felt another under it. After a terrifying few seconds, the door opened. He ran to his car, opened the door, got in and drove away as fast as he could. He was approaching an intersection. The light in the car begun to flicker. He felt a hand on the steering wheel under his right hand. With a jerk, he took his hands off the steering wheel. He heard a long & loud honking on his right side and everything went dark.

He was the only heir of a rich family. Though he had a business degree from Harvard, he wanted to be a juggler. That was his passion. After a long dilemma, he decided to follow his heart and joined a circus troop. There was already a juggler there. Her name was Jessie. He began practicing as her junior. Months passed. But, his master never allowed him to perform and asked him to wait for some more time. One day, he decided to ask for one last time. That time too, as usual, the request was turned down with the same reply. Frustrated, he threw away the balls and walked out. He walked around in anger. After a few moments, he came to the nails to which the ropes of the tent are fastened and started to pull them out. He pulled every last one of them. Within a few seconds, the tent collapsed. He got in his car and went to his home.

He slowly opened his eyes. It was dark. The room was dark. He reached out for the switch near his bed. He was relieved as there was no hand there. As the lights came, his friend entered the room.
“I am sorry; the doctor said it was essential. There was no other way. So, I let him do it….” He stopped in the middle and asked: “How did you do that?”
“Do what?”, he asked.
His friend’s eyes widened. “How did you turn the lights on?”, he stammered.
“With my hand…What’s wrong with that?”, he asked casually.
“With which one?”, the friend asked.
“With my right one…What’s wrong? Oh My God!”, he suddenly shouted realizing “Where is my right hand?”, he cried out and looked around. Only now he realized that he was in a hospital.
The lights in the room began to flicker. He felt something moving over his chest. It felt…like a hand. It moved up and clutched his throat. He shouted. His friend tried to help him but couldn’t. He couldn’t touch the hand. He felt nothing. The hand’s hold tightened. His shouting muffled into a moan. But, the moaning started to sound different. It sounded like a name…
”I’m Jessie”!
With that, he died. The flickering stopped. Frightened, his friend went to call the doctor. Beside the bed, the evening newspaper was lying on the table. The headlines read thus: