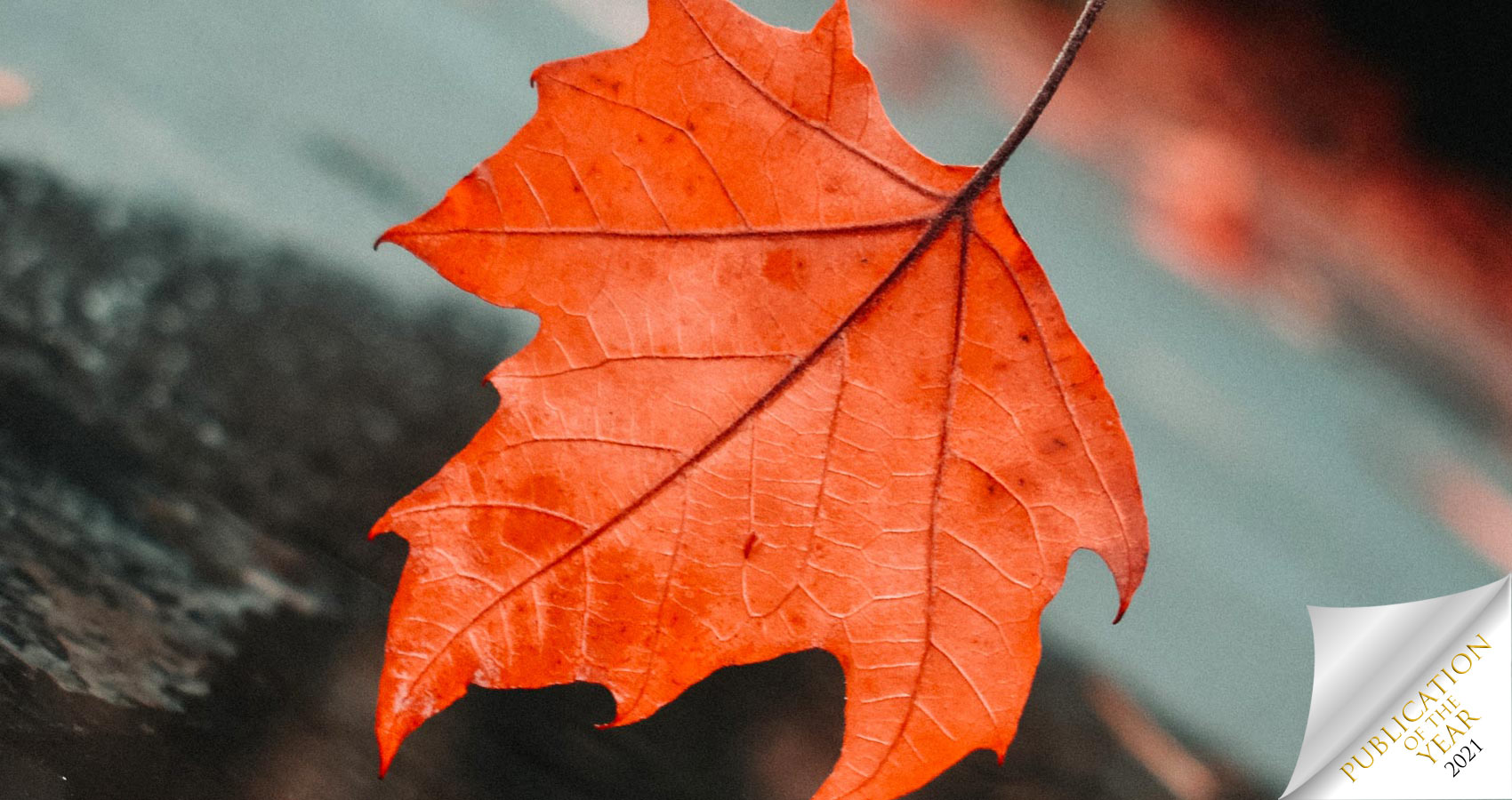 If you like being part of a crowd, try being a maple leaf sometime and you’ll be glad you did. Experts say that there are easily a million leaves on the average sized tree, and I’d have to agree, because I was one of what had to have been at least a million scarlet-orange leaves hanging in a huge sugar maple in the city park that fall.
I liked it. We were a pretty tree, and I’d had a good life, doing my fair share when it came to the process of photosynthesis and making food for my tree. I felt good about that, and to be honest, I was enjoying being alive and wasn’t ready to drop to the earth and decay. But one windy day I was blown off with about a thousand of my companions and drifted to the ground. The end was inevitable. Over the next few days, the rains came, and more leaves fell on me and I knew that my time was about up. It made me a little sad.
But then fate intervened. I was saved when a little girl picked me up out of a crowded wind-blown pile after the rains had stopped.
“Oh, mommy, it’s so pretty! Can we keep it?” She showed me to her mother.
“Of course, Maddie, dear,” she said, “It’s scarlet-orange, your favorite color.”
Not only was the little girl excited, but so was I. A reprieve!
They brought me home and hung me under glass in a frame on Maddie’s bedroom wall. I loved being a part of the little girl’s world, keeping her company along with all the posters of female singers she liked. We had a nice life together, although way too short. She was always singing, little Maddie, even that winter after she got so sick.
The next summer, a few days after her funeral, Maddie’s mother came into her little girl’s room, sat alone on the bed, and cried, and looked at me and cried some more. She was thinking, I was sure, about that autumn day last year when the two of them were at the park and their lives were simple and uncomplicated, and there was nothing more important than finding a pretty leaf and taking it home and hanging it on the wall as a way of remembering that special day together.

I missed Maddie. She had made my life worthwhile, and I wished there was something I could do to help ease her mother’s sadness but really didn’t think I could. I figured that to her I was just a keepsake hanging on the wall, a memento destined to gather dust and eventually get thrown away. If anything, I hoped I was a good memory, but I really didn’t know, which made it that much worse.
I watched as her mother, with a final glance at me, got up off the bed. She started to walk out of the room, then stopped and walked over and stood in front of me, looking and touching my frame as if contemplating something. What was she thinking? I had no idea. But she certainly was thinking about something and after a minute she decided what to do.
In a quick motion, she took me off the wall and carried me into the living room and set me down. She went to the kitchen, opened a drawer, took out a hammer and a nail, came back and pounded the nail into the wall.
I watched the entire process with mounting interest. Next to the nail was a framed photo of Maddie. She was laughing, looking into the camera lens as if sharing a magical moment with the photographer, who I had no doubt was her mother.
Maddie’s mother picked me up and carefully placed me on the wall next to her daughter. Then she stood back, dried the tears from her eyes and smiled.
“There, that’s better,” she said, touching my frame gently once again before leaving the room. “That’s where you belong.”
I was overcome with joy. Even though I couldn’t see Maddie, I could feel her presence next to me. Strongly.
Yes, it’s much better, I thought to myself. This is definitely where I belong. Not only was I close to Maddie, but I’d made her mother happy. I felt great.
But then I looked around and took in my surroundings, and, I have to say, I was not impressed. Where Maddie’s room had posters and music and was full of life, this one was much different. There was a couch, a few chairs, a television, a coffee table, and some lamps. Very bland. Cold, almost. All in all, unremarkable.
I was thinking that adjusting to my new surroundings was going to take a while when I happened to glance out the window on the other side of the room. I couldn’t believe what I saw. It was a tree, and not just any tree. It was a great big maple tree. Immense, like the one I used to live on in the park. The leaves were all decked out in their summertime greenery, and my-oh-my, did it ever look wonderful; big and lush and healthy. I could only imagine how gorgeous it would look in the fall. The thought made me almost quiver in anticipation.
These days, I’m really happy. I’m next to Maddie and I’ve got a wonderful view of a superb tree, and I’ve made Maddie’s mom happy. I’ve found a new home. Things are really looking up, and I think to myself, how lucky can one leaf get? Pretty lucky, I have to say. Pretty lucky, indeed.