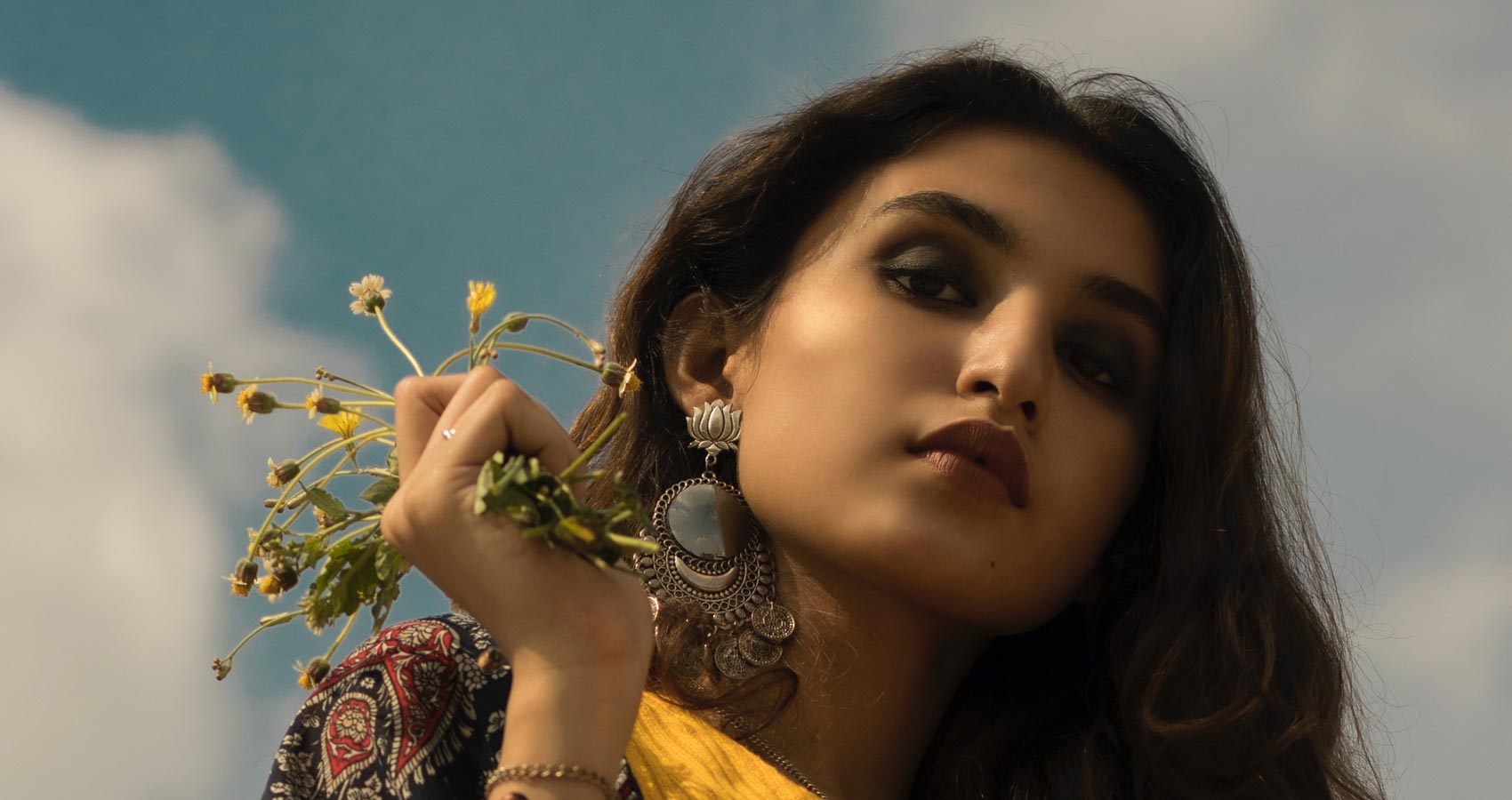 Power Of A Woman

Power of a Woman

A woman she cried, a woman she wailed
The picture many drew in their suffocated minds that derailed

From black and white to rainbow feathers her smile shined
The birds, the nature in whole with their heads bowed

Her eyes sharper, words stronger, her feet igniting fire
Like an epitome of power, she demolished the heart of a liar

Any profession, she engraved her victory with massive tolerance
Her home, huge burdens she turned down with a mighty balance

Alone she fights, alone she raises, alone she earns
Never demanded any accolades but some love and freedom of expression she loves

Still, she swings to capture her dreams with vital signs to nurture
Proud one should be, for she is playing her role further

Never heard the tick tock of the clock for she did things without a barrier
Even time withdrew by shameful convictions of a stranger.

Vandana Sudheesh, a poet with a diverse voice was born in Kozhikode district in the southern Indian state of Kerala. She was conferred with the WORLD AWARD “CESAR VALLEJO 2020” for EXCELLENCE IN LITERARY FIELD by UHE (Union Hispanomundial De Escritores) in Spanish. Also she was awarded the WORLD PRIZE POETRY AWARD (1st place from ASIAN CONTINENT) for a posthumous tribute to the great poet Kairat Duessinov Parman, founding President of WNWU (World Nations Writers Union). She is a moderator of Motivational Strips, World’s Active Writers Forum. She is a listed member of the World Nation Writers Union (WNWU) and WORLD YOUTH MANAGER of UHE. She published her first solo book "The Humble Wrath" in August 2020. After completing MBA she worked for Axis Bank Limited in India and later went to Early Retirement. To date, her poems have been written in four collections of poetry named Poets Unify World, A Gift-III. Her poems are being published in the Bangladeshi Newspaper and e-magazines like Bharath Vision, Indian Periodicals, Cultural Reverence.