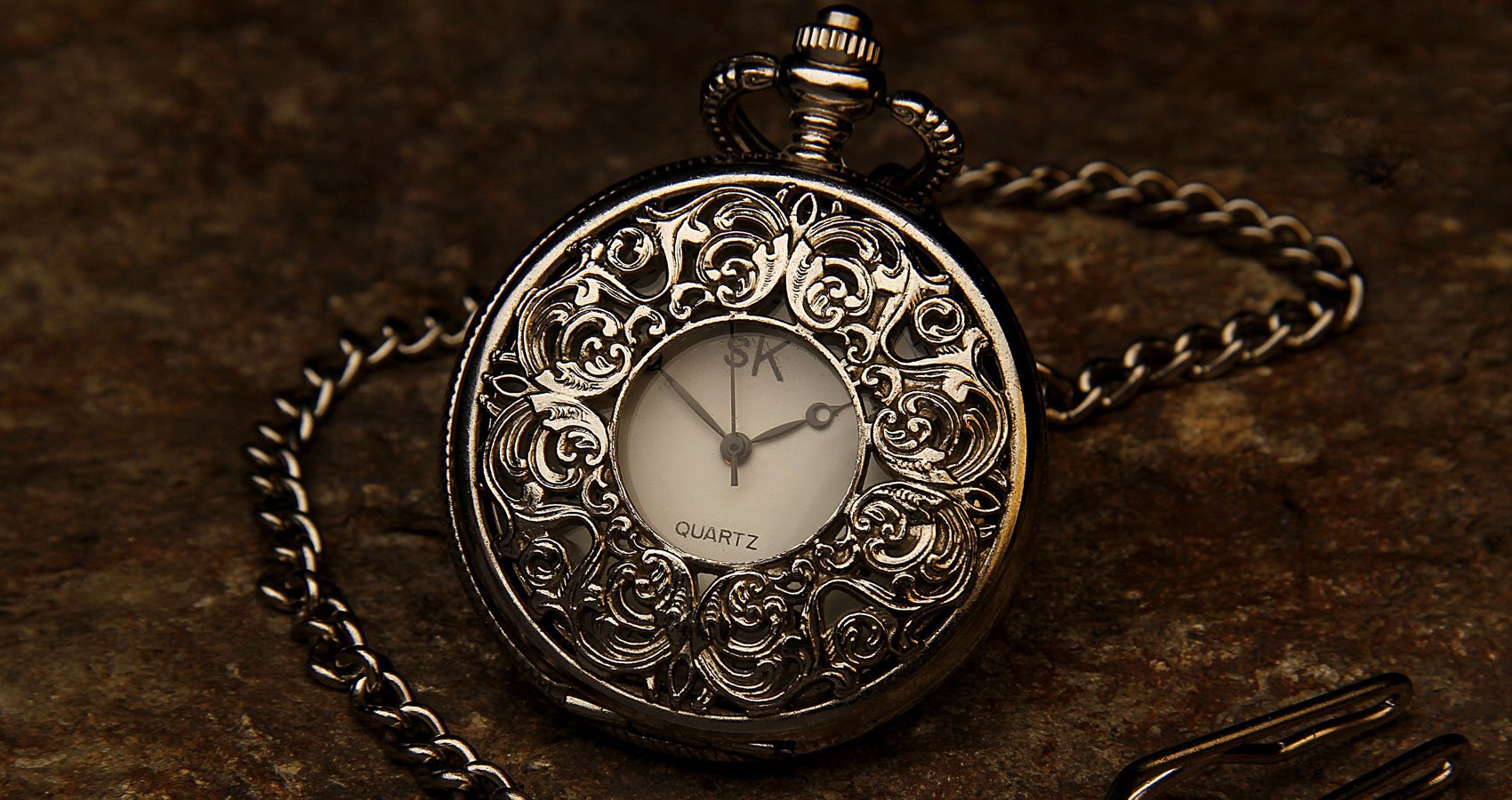 I can’t shake this feeling of urgency.  It’s a sick feeling – the kind where you know you are running out of time and yet you have no control over the seconds as they pass.  I’m a puppet on a string except no one is pulling at those strings to breathe life into my body.

For two hours now I’ve walked the aisles of this shop scouring shelves for something familiar and yet something I’ve never seen.  The LP section is arranged alphabetically and a vast array of artists sing a silent tune, whispering remembrance in my ear.  None entice me, although one particular album brings me back to my college days and I smile inwardly at the memory of being seduced for the first time by Captain Morgan.

The store is mostly void of customers save for a lone man perusing the shop quietly and two young people who are nearby and discussing audibly what the world would be like if Zuckerberg had never been born.  Their theories intrigue me although I have no clue who Zuckerberg is and I make a mental note to ask my eldest grandchild to enlighten me when I see him next.

I browse the homewares section sporadically as our home is already composed of every gadget known to man, thanks to every late night infomercial and my wife’s never ending quest to keep up with the Joneses.  A man needs only so many aids in the kitchen before he starts to feel like a sloth.

The young people leave the store with the young lady’s arm around her beau.  I look after them and hope they don’t lose their faith in Zuckerberg, whoever he is.   At the front of the store, I peruse the items near the register where Teresa has been known to find some of her favourite treasures.  She always described them as having “spoken” to her.  Most other people would call them impulse buys.

The purveyor of the antique store is chattering on about a Tiffany vase I briefly run my fingers across.   To him, it means that I am interested in voiding my wallet of the thousand dollars it will take to purchase it.

“They call it Tiffany Vines and it stands 13 inches tall.”

Again, I gently run my gnarled fingers, made weak by arthritis, along the blue orchid featured on the red ceramic background.  I am only half listening to the store owner.   My mind is on my grumbling stomach and my craving for sushi.   I need to find a gift for my wife though and the antique store is my fifth stop today.  I am ready to put up my white flag in defeat.

Outside, the wind howls and whistles through the trees.  The record snowfall this year has already surpassed the previous year and although it is only three in the afternoon, the store is cast in shadows mimicking the darkness outside.  In the car I had listened to a news report calling for another big storm.  My time is running out.

The man, older than me, is leisurely strolling through the aisles of the store.  His posture is perfect but his walk is slow as if he is carrying an invisible anvil.  He tips his head to me in passing and greets me in the standard way, “Happy Holidays to you.”

Now the shop owner is getting impatient.  If I could read his thoughts and judging by his expanding waistline, I am guessing he can’t wait to make this sale so he can close shop early and indulge in whatever it is that makes him look so jolly.  If it weren’t for his face, void of hair, his resemblance to Santa is uncanny.

“I’ll throw in the famous Tiffany blue box for free.”

This surprises me a little.   It’s been decades since boxes and bags have been included with purchases.  It is our attempt to limit waste and save the planet.  I can’t tell you how often Teresa has come home, juggling loose groceries in her arms.

“I’m not paying for something as simple as a bag for my damn groceries!”

She looked like a juggler with the disposition of a fire eater.  My wife never does anything in what most people deem the typical way.  While our grandkids searched their VPads, or virtual computers, for the newest stories, shows and music, Teresa would barge in on them with a book in hand, order them under the covers and read to them just as she had been read to as a child.   The kids would roll their eyes at first but they soon realized that if they couldn’t get Gran-T to read to them before bed, they would protest by filing into the kitchen, one after the other, demanding glass after glass of water to quench their undying thirst.  Teresa would nod in approval.  “See Tom?  Some things don’t change.”

The shop owner is drumming his fingers on the counter.

He huffs and holds his unlit cigar between his fingers, pondering.

“Well, who are you shopping for?”

“Oh, right.  She loves music – mostly the classics; books. She collects some pieces of art.”

“She has a million vases.”

The old man who greeted me earlier is watching us with a bemused grin on his lips.

“Look, buddy.  The storm’s approaching and I’d like to close early today.   If you don’t mind making up your mind, I sure would appreciate it.”  He enunciates every “d” in his speech.

I shift from one foot to the other feeling the blood run back into my toes just as fast as it creeps up my neck in frustration.   Rubbing the back of my neck with one hand and staring down at that stupid vase, a hand emerges in my line of vision.  It looks familiar.  It looks like my hand with prominent blue veins and age spots.  It produces a book with a hard cover and a dust jacket, as they used to call it, which is meant to protect it.  I look up and the old man smiles, pats my arm and strides away and out of sight.

I look back at the book.  In bold fancy script, the title reads “Remembering Tomorrow”.  The words are in green and centered on a snowy background.  The simplicity of the cover art adds to the book’s charm.   I turn to the sound of the bell on the door and see just a corner of the old man’s beige trench coat as he makes his way out into the night.  I am disappointed and despite the weakness in my legs, I wonder if I should run after him.

I spin back around to face the shop owner. “What?”

“Isn’t that a – what do you call it? – An oxymoron?  How do you remember tomorrow if tomorrow hasn’t happened yet?”

He picks up the book and flips through it as if he is looking for something.   Then he makes his way to the copyright page.  I notice his tattoo.  It’s the modern kind – a sort of hologram and it shimmies and shines like those old cereal box prizes my own kids were delighted to find when Kellogg’s was feeling overly generous.

I don’t hesitate, pull out my wallet and withdraw a one hundred dollar bill.   The shop owner takes my money unsure of what to do with currency instead of plastic, it seems.  He doesn’t release the book.

“Don’t you want to know what it’s about first?”

It’s unlike me to spend money on something without thorough research but there was something in that old man’s eyes that told me to trust him.  Plus I feel the distinct need to get home.

“You want another dollar?”

“For the bag,” he says, holding up a plastic bag with his logo on it.  Shaking my head, I take the book from his hands, put it underneath my grey wool coat, covering it with my scarf and make my way out to my car.  Thankfully, it isn’t too covered in snow so I step in, start it and let it warm up for a while switching the radio off with the sound of my voice.  “Radio off.”  I feel stupid talking to myself and decide to turn on the overhead light the old-fashioned way.   With barely enough light for my tired eyes, I open the book to a random page near the beginning and start to read.

“I dream of a woman I love.  She is not my Amy.  She has hair the colour of the night.  In my dream, we love each other fiercely.  I feel displaced, like how one feels when they enter a stranger’s home for the first time.  Then I wake and I know it is not a dream.  It happened.  She was my Christmas Angel and it is because she…”

My cellular startles me.

“Well, drive safe, would you?”

I hang up by touching the screen briefly with one finger and take one more look at the book in my hands.  Turning to the back, a black and white photo of the author resides on the last page, that same bemused grin on his lips.  The portrait is of a much younger version of the old fellow carrying the invisible anvil.