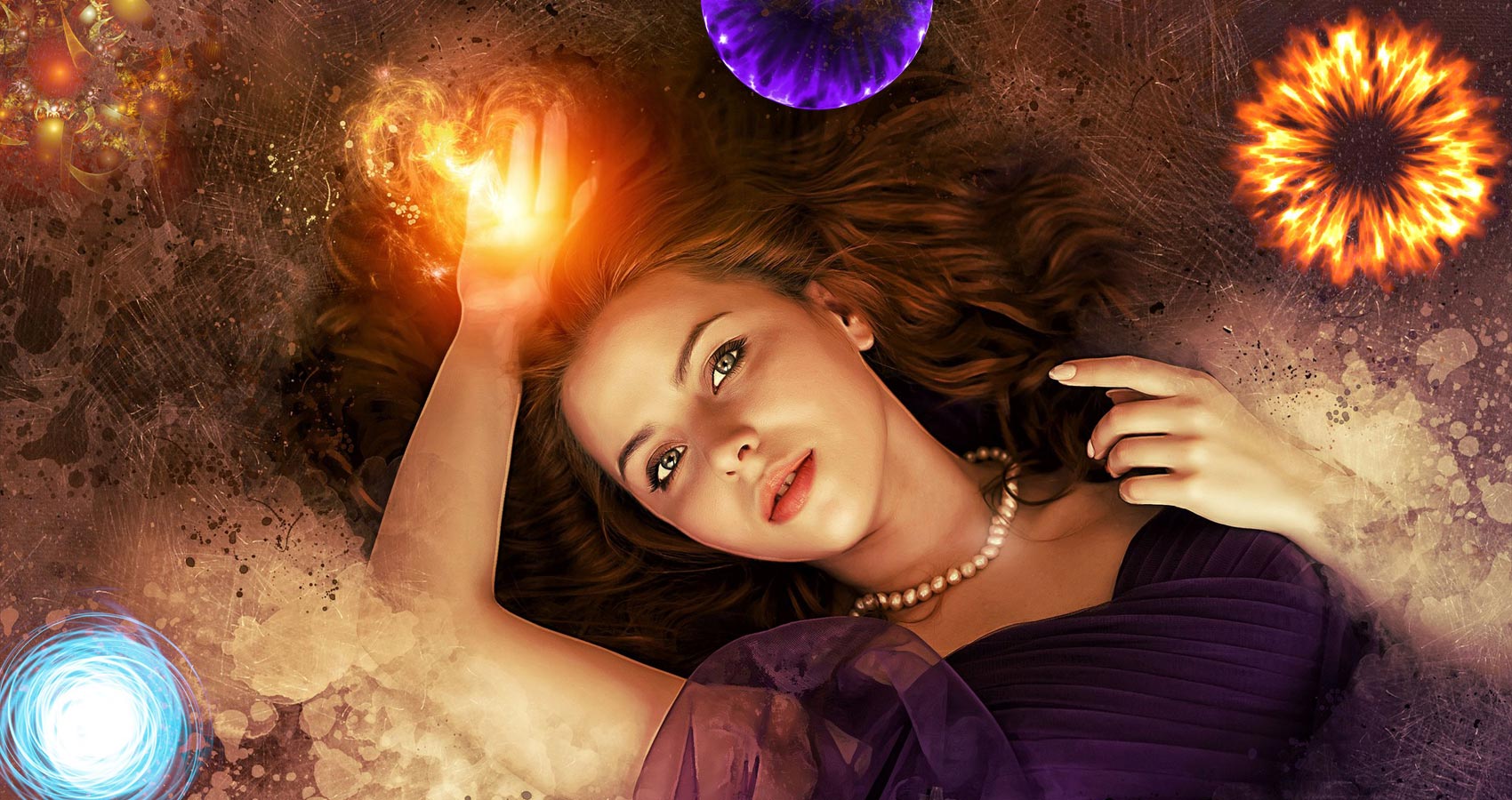 She Found Herself Tripping Over Miracles

She Found Herself Tripping Over Miracles

She found herself tripping over miracles… again! The damned things were everywhere. This was the worst thing about being the lover of a god and living with him. He never put anything away! “Beneath me,” he’d say, “I don’t put away.” But he and his friends could stay up all night drinking the booze they conjured up and top each other’s miracles until dawn… and leave them all where they fell. Not one of them would stoop to picking up or putting away one… single… miracle.

She stumbled over a small cask of cognac. VSOP, she had no doubt. He never did anything by halves, this one. Why couldn’t he just do the hand-wave thing and “make” them away?

“Olandas,” she called, “come clean up this mess. I’ve had i… OW!” She stepped down squarely on some small bit of miracle. “Now!” she squawked, grabbing her abused foot and hopping about the room, re-scattering the already scattered miracles.

“What now?” he complained, appearing in the doorway, fingertips to temples. “I have the daemons’ own rock-hammer in my head. Can’t you be a little quieter?” He looked up and grinned through his hangover. “Very nice,” he purred, watching her hop about the room, breasts, young, high and firm, bouncing nicely as her buttocks quivered every time her foot struck the floor.

Yorissi looked up at him and followed his gaze. “O-o-o-o…” she ground out, dropping her foot and standing upright. She glared at him. Waving her arm in a half-circle she spat, “Look at this mess! You gods! Up all night drinking! Popping miracles out of the air and leaving them all over the floor!” She took a breath. “I don’t care if it is ‘…beneath your station’; I don’t care if you don’t ‘put away,'” she took a breath, “you… will… clean… up… this… mess!” She glared some more.

Olandas leaned languidly against the door, headache dispelled (after all, if a god couldn’t dispel his own hangover, what good was he?), and watched Yorissi’s tantrum. “Or?” he prompted.

“Or,” she stood very straight, “you can forget ever seeing this again!” A languid and graceful swoop of her hand, palm upward, from mid-face to mid-thigh, accompanied her threat.

Olandas affected a pout. “Really?” he asked. “Are you sure there aren’t ‘other’ miracles you’d still like to see?” The pout morphed into a leer.

“Not today!” she snapped. “Not until this mess is cleaned up.” She bent down to retrieve a brightly colored miracle. “Look… a perfectly good miracle of sight, and you just leave it lying around!” she said with exasperation, tossing him the miracle. “And look at this!” She held up an intricately constructed metal and wood… something. “I’ll bet this is just wonderful! I’ll bet somebody is praying to you for one of these right now.” She looked at it, head cocked. “Er-r-r-r… what is it, anyway?”

He smiled, reaching out and taking it from her. “Inspiration,” he said. “There’s this engineer…” His voice trailed softly off. He looked at her again.

“Not now!” she snapped. She turned and headed for the door to her bath. “Clean up this room,” she tossed over her shoulder, “and we’ll see. But I wouldn’t make any definite plans,” she muttered, closing the door to the bath behind her.

Olandas chuckled. “I heard that my lovely,” he smirked, “but I believe I’ll make some anyway.” He waved his hand. One by one, miracles blinked out of sight. “OH, yes… I believe I will.” He pulled slightly open the door to her bath.

Yorissi looked up as he entered the bath. “Finished?” she asked.

Olandas stepped forward. “Just beginning,” he said, bending to brush the top of a perfect breast with his breath, “just beginning.” He took a nipple between his lips.

“About that other miracle,” she breathed, sliding her hand around his neck and into his hair. “Would you still like to show me?”

Bending slightly, he slipped a forearm behind her knees and lifted her. “Well,” he said, pushing the far door open with his shoulder, “I might at that.” Perfect teeth touched lightly…

The door closed behind them.