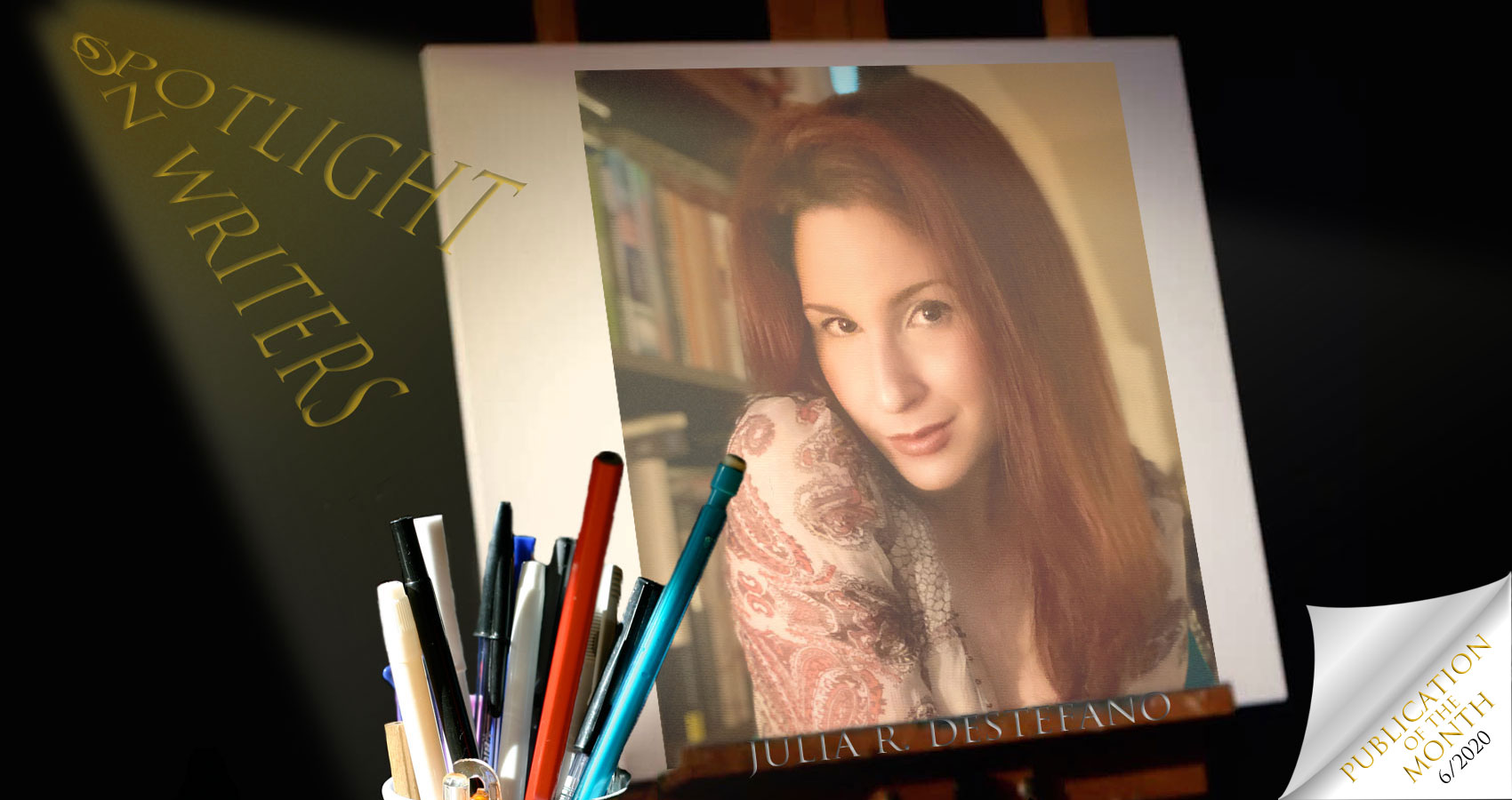 I am from just north of Boston, Massachusetts. But for all intents and purposes, I generally refer to myself as a New England-based author.

Boston is home to a host of histories —  making it one of the most coveted places to live in the country. As a writer, I often fantasize about the Saturday Club, otherwise known as the secret authors’ club of the nineteenth-century that later expanded to include scientists, philosophers, historians and other noteworthy thinkers. Had I been alive back then, would I have been “high-society” enough to be accepted into the Club, or would I have been the one with my ear pressed up against the door — desperate for an insight into the goings-on of the room — then hurrying home to put my thoughts to paper? I would be remiss if I didn’t mention one of my favorite authors, Edgar Allan Poe, and how he also hailed from Boston. Dear Edgar – he made quite a name for himself here when he began critiquing Bostonians as having “no soul.” I wonder what he would have thought of me, the woman who believes in keeping hold of one’s soul first and foremost. Would I have been compelling enough for him? I know he liked it dark!

My immediate home of Revere — just north of Boston —  is famous for its beach of the same namesake. As America’s First Beach, Revere Beach is steeped in rich history and once boasted an amusement park of epic proportions. Nowadays, such “richness” is difficult to discern as amusements are traded for apartment complexes in what has become a site of perpetual construction and dollar signs. Despite this, Revere Beach’s character still remains if you look closely enough. Thankfully, its vibrant history will forever live on in the late Norman Gautreau’s paintings.

As a woman who believes that we have the capacity to write the book of our lives, I am creatively turned-on by people who are unafraid to pick up the metaphorical pen and start “writing” – no matter what chapter they are starting from. Perhaps they are driven to begin “writing” after experiencing more pain than satisfaction, as I was. To do so is to arrive at the realization that our time on earth is fleeting, and to resolve to build a life upon a foundation of connection and communication. To “pick up the pen” is to decide to live in accordance with one’s heart and soul – in full recognition of the importance of taking off the mask to become alive. Those who do so are unafraid to define an authentic connection by asking the difficult questions: “Who or what brings me joy?” “Means the most to me in this paper-thin world?” “Inspires me?” “Lights a fire within my soul?” “Stokes it?” They recognize that, however they may answer, the heart will always follow with the command, “Then protect it.” These people understand that, although we all walk a path of challenges unique to us, it is that path that leads to the best part of life.

There is no greater creative turn-on than someone who allows themselves to tune into their heart and the wisdom that it offers – especially when that wisdom is in relation to love.

There is no greater creative turn-on than someone who seizes an opportunity with both hands, in full recognition of how blessed they are to have received that opportunity in the first place.

In life, there are opportunities that – when we let them come in and enjoy them – we see ourselves for the first time how we were always meant to be. But first, we have to make the conscious decision to write them into our books.

If only you had asked about my collection of favorite words…. but even that changes by the second! The word hope has always been very meaningful to me, and even more so since I heard it associated with the acronym, “Hold On Pain Ends.” Lately, the power of hope and all that it stands for has been reaffirmed. My poetic sentence illustrates the love, hope, and promise that two people can offer each other, and how the presence of such qualities makes us want to experience life beyond survival mode. Excerpted from my prose vignette, “The Key,” it is written from the perspective of the male.

Yes, I trusted in her words and in the fact that we gave each other a certain kind of hope – the gift of believing in something more – a priceless gift, when you think about it.

My pet peeve is something that I myself can be guilty of: poor virtual etiquette. If someone takes the time to reach out through a message or a phone call, the least the recipient can do is acknowledge it. I used to think that read receipts were convenient. Now, they’re just stressful. I don’t know about you, but I would rather receive a message of: “I can’t talk right now” than be met with radio silence. The pandemic has shown us that this can be a time of great words. But it has also heightened the stress around communication. Understandably, we have been conditioned to assume the worst if we don’t hear from a loved one right away. This time in history has certainly pushed me to be more cognizant of my response times, and to be better with them.

Julia R. DeStefano is a Red Queen who wears many hats but one crown. A confessional poet, she captures moments and preserves them in the glistening amber of language. She also believes in the penning of Paradise into existence through powerful verse. Julia is a woman driven by love and healed by intimacy who uses imagery to paint vivid pictures of darkness and sensuality. Her first poetry collection, Leave Everything, was published in 2016 and tells the story of the search for self-love and acceptance through a rollercoaster of emotional experiences. Julia believes that the most challenging things in life are those that ultimately end up being the most worth it; that to be loved well is to have won at life; and that the heart will never, ever lead the head astray. Look for Julia atop her throne of books.

AUGUST 2021 AUTHOR OF THE MONTH at Spillwords.com
Julia R. DeStefano is a confessional poet who captures moments to preserve them in the glistening amber of language. She is a woman driven by love and healed by intimacy whose writing paints vivid pictures of darkness and sensuality. Julia's poetry collection, 'Leave Everything,' was published in 2016 and reached #11 in "Poetry by Women" at Amazon. Her latest release, 'Whirling Into Flame,' was published in December 2020. Julia's writing has been hailed as teetering on the "razor's edge of reason and passion." It unapologetically challenges perceptions. Her poem, "The Sands," was chosen as a Featured Post by Medium curators. She is regularly published on SpillWords, and due to readership and popular vote, her Spotlight interview received their "Publication of the Month" award in June 2020. Julia's words and photographs have appeared in local and national publications. She is a lifetime New Englander who draws on the urban and rural vistas for her inspiration. Look for this Red Queen atop her throne of books.