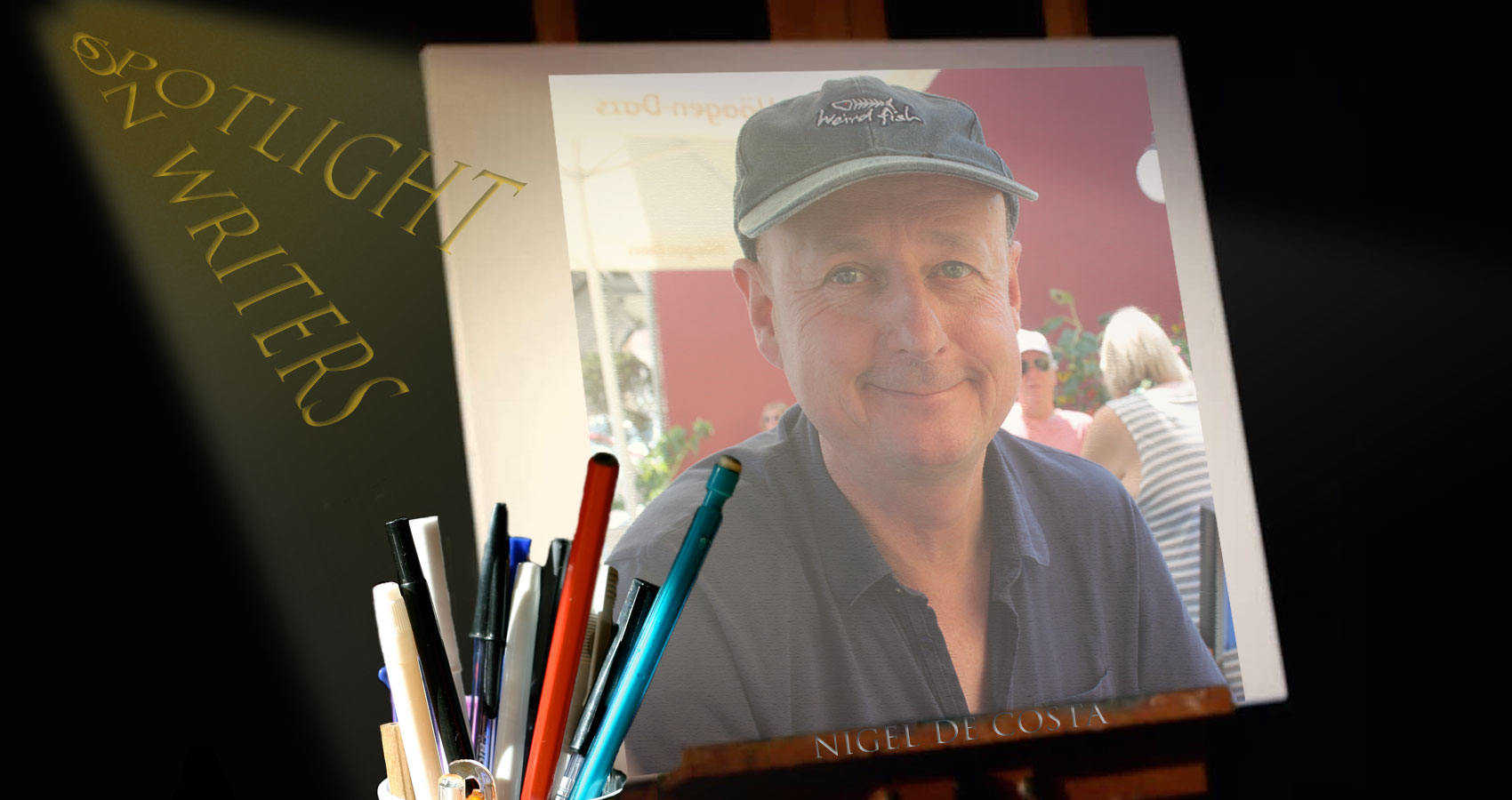 That is complicated! I lived in India in my early years as a child. I then went to a boarding school in Surrey, England (near where my parents moved to upon returning from India). I went to university in Durham and afterwards lived in London for many years. I now live in Watford Hertfordshire. I think I hail from all of these places. At least I feel I do! One of my favourite authors is JG Ballard. He too grew up abroad in the Far East and ended up living in a suburb of London (although his life was far more eventful than mine). I think the places you have been inform your view on the world and I think all of the places above still affect me today. As a child I mostly lived by the sea and I still hanker for water these days even if it is a canal or a river.

The greatest thing about home is the people I am with. That is my children as well as my friends. I have thought about moving as I get older (to be near the sea) but I concluded that it would be a foolish thing to do. I’d miss the people I am close to and I can’t take them all with me!

Pretty much anything can! I like to look at the mundane and the humdrum and find inspiration from it. Finding an angle or a twist. One of my favourite authors, when I was younger, was Shena Mackay and I remember the blurb on the back of her books used a quote from Julie Burchill which I think was “queen of the daily drab“. I found this better quote about Shena on Burchill’s website: “There is…one amongst us who can write about blear and drear and perform some kind of magic on them that turns Tippex to liquid gold“. I think it is some skill to be able to do these things and it makes the writing instantly relatable to so many people. I’d love to be the one who could turn Tippex into liquid gold 🙂

I don’t have a favourite word because a word on its own has no context. I like words to be set against other words especially when in a poem or a lyric. I grew up in the 1970’s at a time when music was hugely important to us teenagers, even more so than I think it is today. Then we would spend hours reading and rereading lyric sheets packaged within LPs. For me, a great song was the sum, of its parts: the lyrics, the music and the phrasing of the singer. Take one part away and the whole fails. I was the world’s biggest Elvis Costello fan! I am a terrible singer and a poor guitarist so all I have is left is my writing.

That is hard! I am not sure I am allowed to provide political replies to this so this may get edited out. Here goes anyway. I think my one pet peeve is politicians who are in it for themselves and so blatant about it that they take us for granted and take us for fools. I am sure I am not allowed to name them but Boris you know who I mean!

I am adopted and I also spent ten years in a boarding school. Both events have influenced my life in fundamental ways. My adoption was at six weeks and in the last few years I have found my birth mother and we have built up a great relationship. I do believe that there is a loss in adoption, even for a baby of six weeks with no conscious memory of events, and that loss lingers throughout life without one ever really knowing what it is. Reuniting with my mother has allowed the loss to be filled to some extent. Boarding school was also a weird experience that will forever shape me. I went when I was eight and left at eighteen. I am a very independent person which is not surprising! However, I feel there is a loss there also. Being creative whether it is in writing or in my job as a software engineer has always helped to fill loss. I am not really sure why but I believe it is something to do with the satisfaction (and pride) gained from creating something new.

I am a new poet living in Watford, UK with my three children.