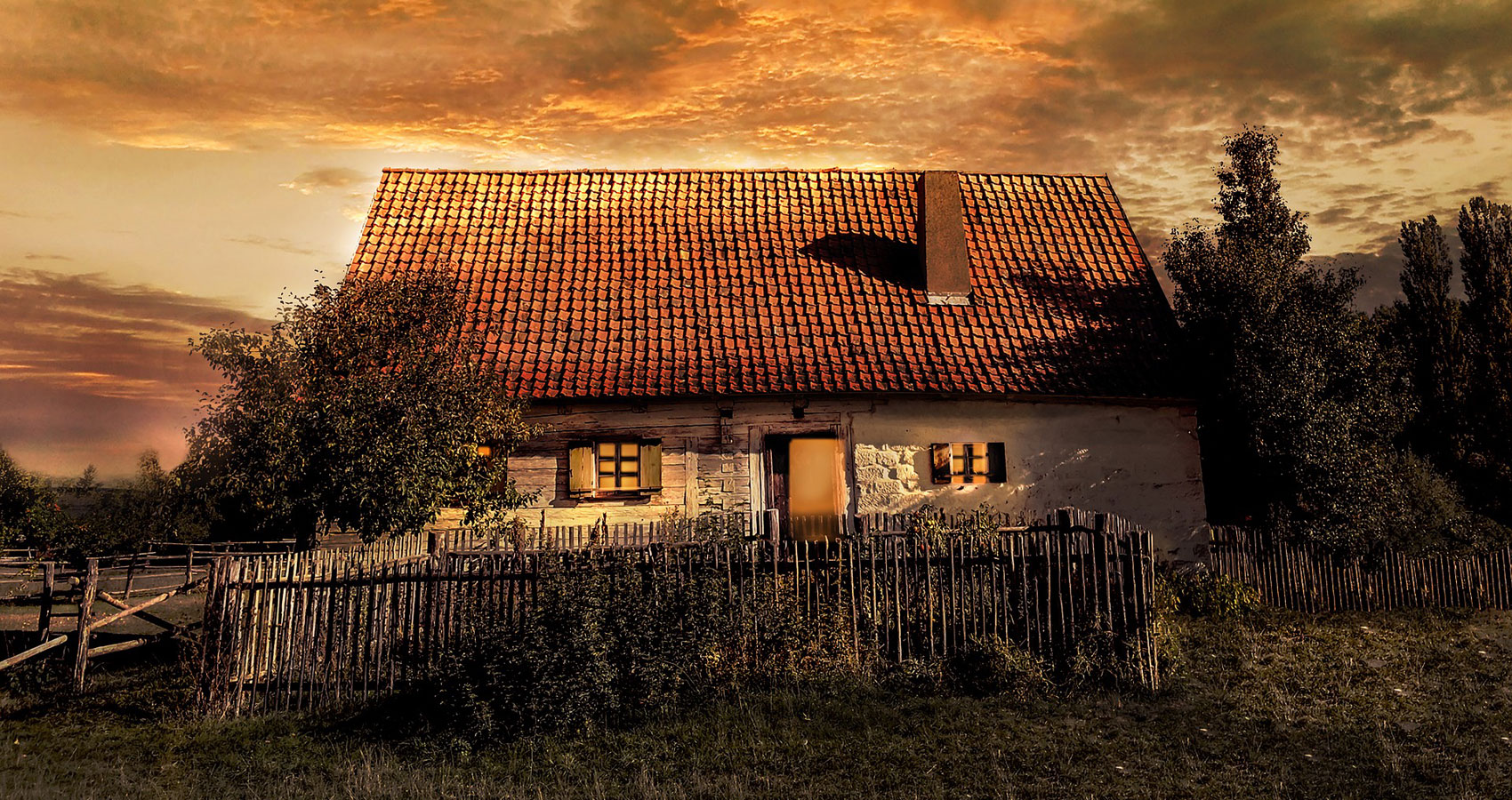 The old farm was a photographers dream. Set on sprawling countryside acreage amongst lush rolling hills, the scenery was simply spectacular. A good shot from this property could net you a few hundred dollars, and the flow on effect would be huge. Capturing a snap from here would boost any portfolio and being a newcomer, it was just what I needed to get my name out there. The only drawback being the farm was rumoured to be haunted. The story is town legend and dates back to its last owner, a reclusive man named Curtis. With a quick temper and even quicker hand to match, he was renown for his cruel ways, with his wife, Emily, supposedly copping the brunt of both. Curtis and Emily had not been seen for over a decade, which in itself was not unusual as they were known to keep to themselves, but soon enough rumours began circulating that Cutis had killed them both, an apparent act of murder/suicide, and their tortured souls now roam the farm, scaring the wits out any who dare to visit. Of course, this has never been proven, and with no bodies to back the story up, it’s said Emily simply ran off and Curtis abandoned the farm not long after. As he owned the property outright, the County had no choice but to leave it alone. Naturally, I didn’t believe a word of this ghost story, and I was going to prove that’s all this ridiculous tale was, plus generate some business for myself in the process, the only way I knew how. I was going to get photos.

I arrive at the farm early that morning as I wanted to get some pictures of the sunrise, and I was thrilled to capture some stunning shots. Smiling to myself, I’m packing up when I spot the old home a few feet ahead of me. It was your typical cottage style farmhouse with a huge verandah running around it, and back in the day, it would’ve been a captivating property. Seems it still is, as before I can stop myself, I’m walking toward it.
“Just a few photos”, I tell myself, “Then we are out of here.”

Entering the living area, I’m surprised to see the furniture is still in good condition, give or take the odd cobweb. After taking some pictures, I make my way to the kitchen and am greeted by your typical fittings, including an antique black wood-burning stove. I click away, coming to a stop in front of the stove, and that’s when I feel it. A warm patch. Heat is coming from below me. Squatting down, I see red embers smoldering in the fireplace, leftovers of a recent fire.
Fear suddenly rising, I jump up and hit something solid.
“Whatcha doing here, girly?” comes a gruff voice.
Turning around my stomach drops. I’m face to face with an older disheveled man, whose sinister grin bares his brown teeth.
“I’m so sorry, I thought…I thought,” I stutter, trying to explain, but I’m cut off.
“You thought wrong, girly. You thought real wrong,” the smile turns to a snarl, “I’m sick of you folk thinking you can come here and do what you like. Taking pictures, holding séances and other crap, all because of some stupid ghost story. Who the hell do you think you are? This is private property! You hear?!”
I put my head down, “Yes, I hear. I’m sorry. I’m happy to pay – ”
“What’d we say we’d do to the next one we catch, Emily?” he hollers, ignoring me.
“Well, Curtis, I do remember sayin’ we’d make an example of ‘em”, a female voice from behind me replies.
Oh God.
A middle-aged woman with wild hair and even wilder eyes enters the rooms as Curtis scurries behind me, grabbing hold of my arms in a tight bear hug, while tugging at the camera around my neck, breaking the strap. I panic, struggling against him
“Emily, Curtis, please let me explain,” I cry.
Emily picks up the fire stoker that’s lying in front of the oven and saunters over to me.
Curtis laughs, handing her my camera.
With my camera in one hand, she raises the stoker with the other, her face twisted in a silent rage. And just before she slams it down into my skull she growls, “Say cheese, girly, for you’re about to become part of our stupid ghost story.”

Belinda is a lifetime fan of stories and after years of procrastinating, has finally turned her hand to writing them, with a preference for supernatural and thriller genres; her love of both often competing for her attention. Belinda lives in Australia with her family and has been known to enjoy the company of cats over people.