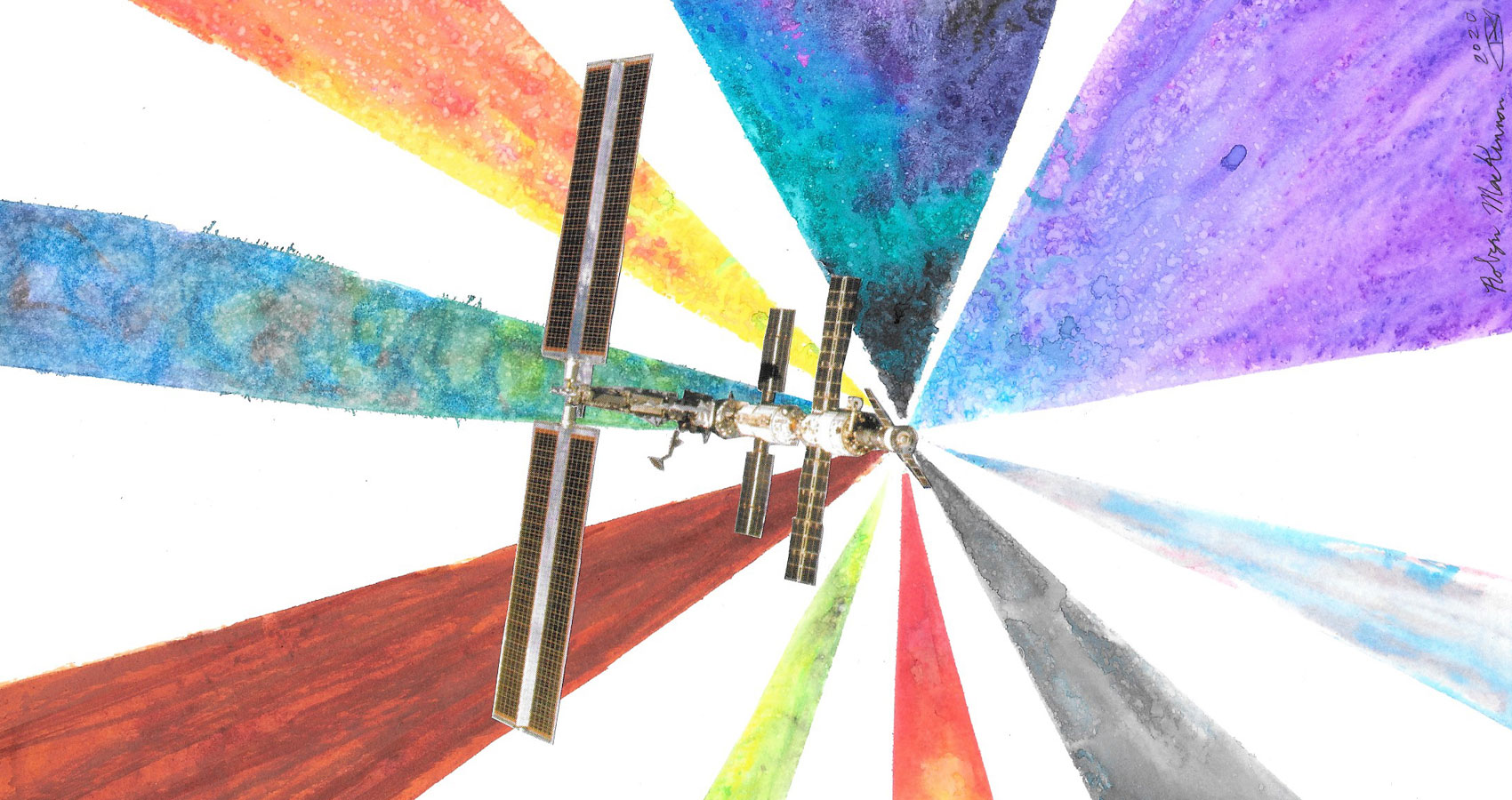 Suncatcher On The Space Station

Suncatcher On The Space Station

suncatcher without the sun

on the space station

Illustration description: A clipping of the International Space Station (from the cover of the March/April 2001 issue of SkyNews), set on a background of splintered beams emanating from one point on the space station.  Beams of random colours and textures are separted by beams of plain white, like splintering realities spliced with nothingness….