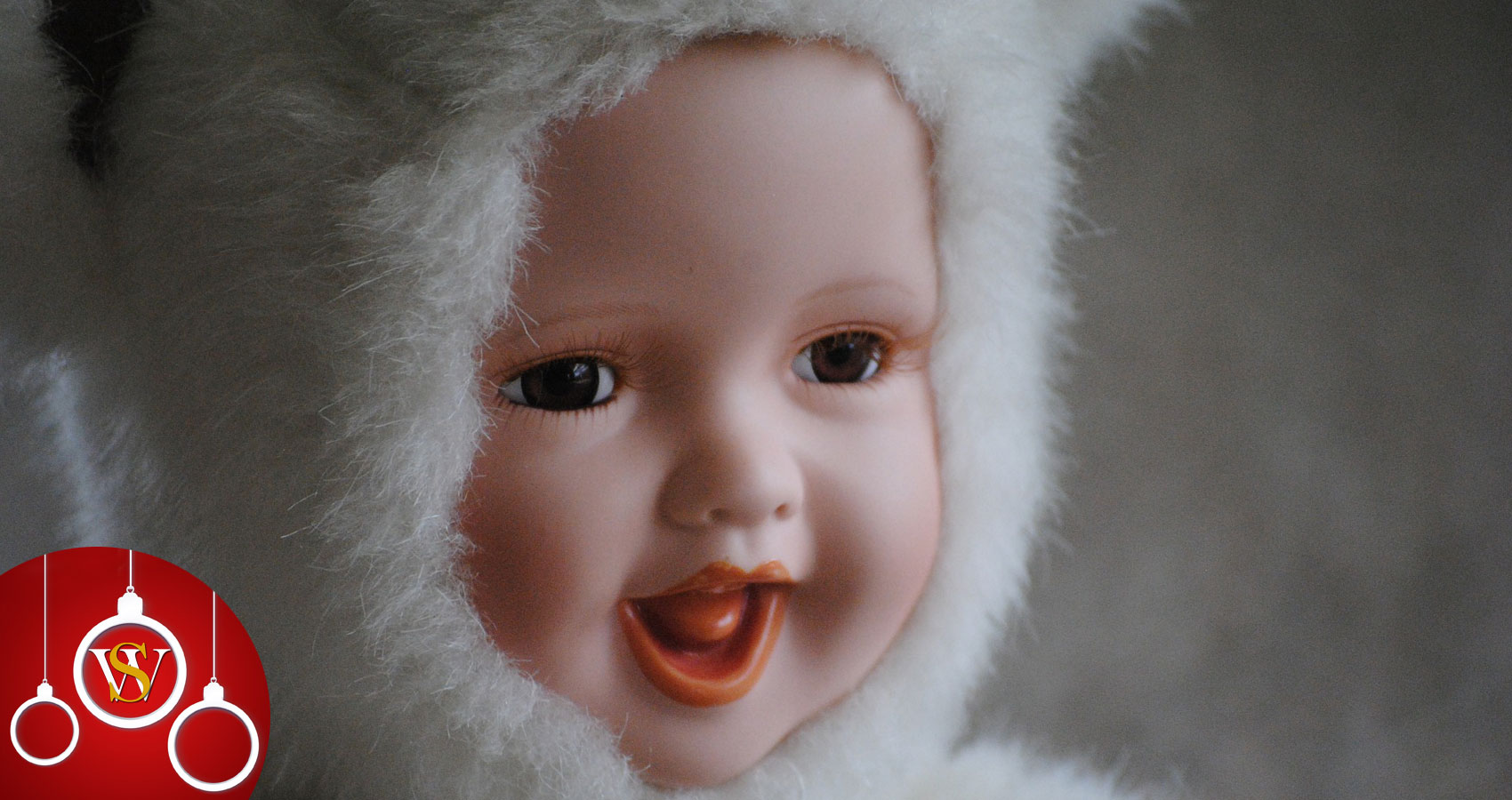 Children staring, windows frosting
Their mouths open wide like their eyes
Christmas was captured in an 8 by 10 box
With gifts piled up to the skies

Parents and children watched the parade
Waiting for Santa to come
In between all the floats, there were still the displays
As the children who all stood there numb

Toys and mechanics, robots and dolls
Trains and race cars on tracks
The children all stared and they dreamed of just how
Santa would get all these gifts in his sack

In the midst of the crowd was a blonde, little girl
A good breeze could just blow her away
She'd been hovering there, looking at one small doll
And she'd been there for most of the day

The parade, it passed by, but she never did look
she knew Santa was not here for her
There was only one thing that had captured her heart
And that was the doll, that's for sure

The other kids looked, made their lists in their heads
Ready to tell Santa their list
but, this little girl stood alone from the crowd
She was cold and her cheeks were ice kissed

The parade ended late, and Santa went in
took his chair and he met with the throng
But, this girl stood aside, never moving on up
And the Santa, knew something was wrong

He called her by name, which gave her quite a start
She was scared, but she moved at his call
She sat on his lap, and he reached down behind
And he gave the small girl the small doll

Her face lit the room, more than any display
She said "Santa, just how did you know?"
He said, "Sarah, my dear, it's as plain as can be"
"It's as easy as making it snow"

He put her back down, clutching her doll to her chest
And she walked to the front of the store
but, before she went out, she turned back to say thanks
And where he was, there was Santa no more

Is it magic to think that this Santa was real?
Or did this man know just what he should do?
He made Sarah's Christmas, by giving that doll
And I'm sure he made many more too

The Children of Christmas stare wide eyed all day
Dreaming hard of when Santa will call
But, off in the corner of the chilly, young crowd
Stands a girl, with her new Christmas doll

The Night Before Doom’s Day

The Old, Not Just For Christmas

The Old, Not Just For Christmas written by: SMiles @stephenmiles2   I've thought myself hungry desired drink wished to be...