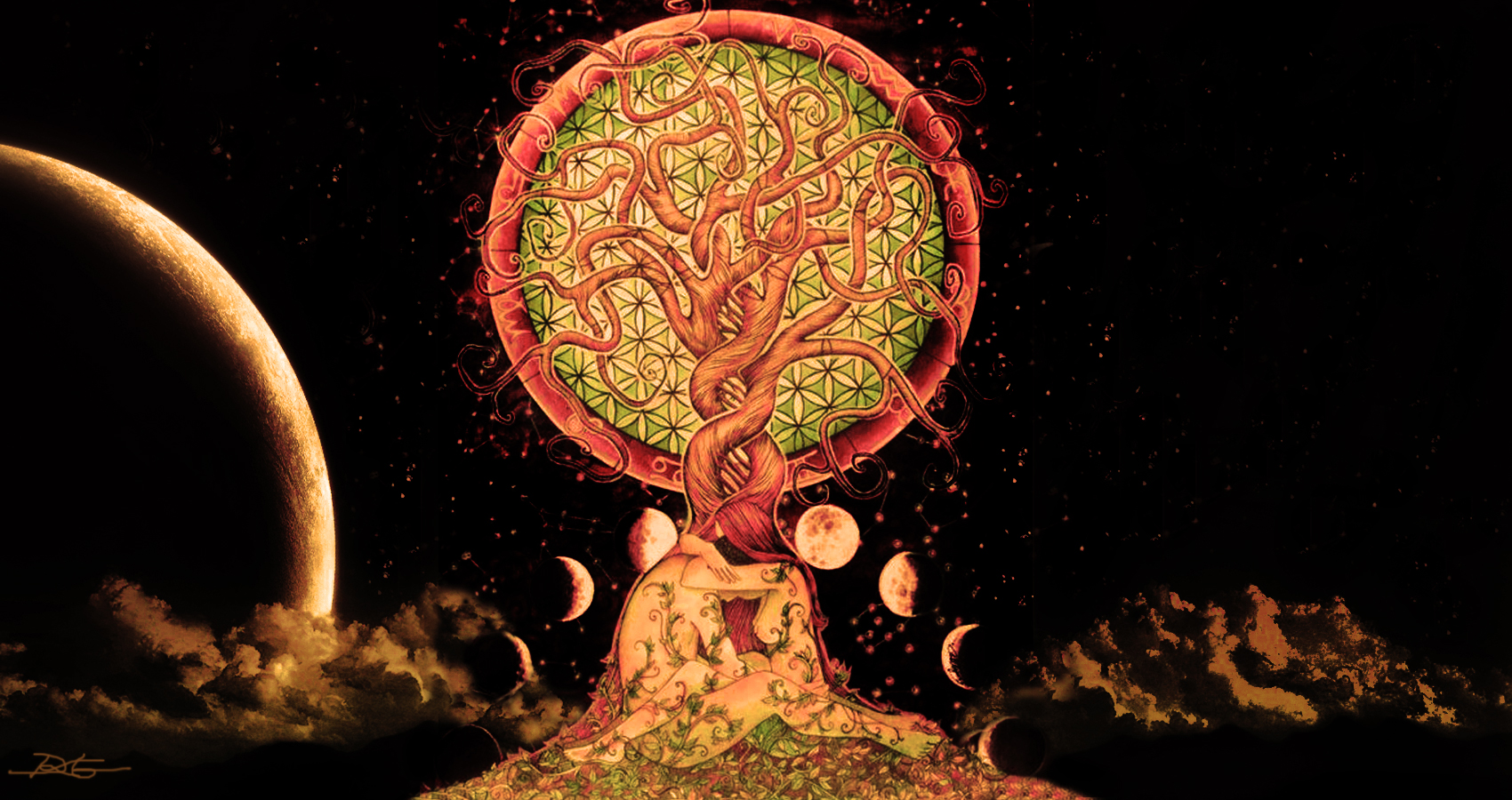 There stood upon a hill two trees that closely intertwined
and passersby that glanced upon felt darkness undefined.
For on some nights laughing heard come down from that black hill
and on some nights it traveled here upon my window sill.
It was then my mind tripped upon a vision the laughing told,
of two dark lovers, their joy and pain, began itself unfold.
Dark boy, dark girl, the story began, a love that time can’t touch
and in their story their dark love grew, perhaps some much too much.

They met as lovers often do, as friends, or as unknowns,
but there was fire bellied burned, as paired and carved tombstones.
There within their dark love grew, where some that said,
“Away, for night is different as you both compared unto the day.”
The darkened lovers did not heed, for in their difference found
that there is no difference in the black, of one’s true love once found.
Here, does end the beginning half of what I’ve come to know,
as stories that need some time between, as stories need time to grow.

They met in secret silent places,
with joy enraptured on their faces.
Knowing that with moments few,
kept their embrace these lovers two.
No longer could do some control,
what took place between the souls.
To keep a part what joined as one.
The ties that bind be not undone.
When one day came upon ill wind, to drive between their hearts.
A force of evil, as evil is known, to sunder them apart.

The lovers ran hand in hand, away into the night.
With only Moon and empty air taking notice of their flight.
Their journey took them long and far, from places they had known.
From all who stood against their will, from where their love was sown.
When they, no more, could travel on, stood they quietly and still.
There upon, in black of night, a peaceful moonlit hill.
They knew, however, forever they can’t hide from what’s behind
and so began, together, speak the spell of love and time.

The wheel of heaven turned just thrice and dark forces blessed their cause
and the trees that grew where their bodies had stood intertwined with perfect flaws.
The lovers, at last, had found their place in times immortal plan,
for the trees that stood, dark lovers they were, just a woman and a man.

So sometimes there, at night float down, a loving laughter heard.
Dark lovers one and all as one and not another word.

Friends and family have often called me the “Dark Dr. Seuss” and I thought what better way to honor their accolades with an absolutely Seussy type poem.