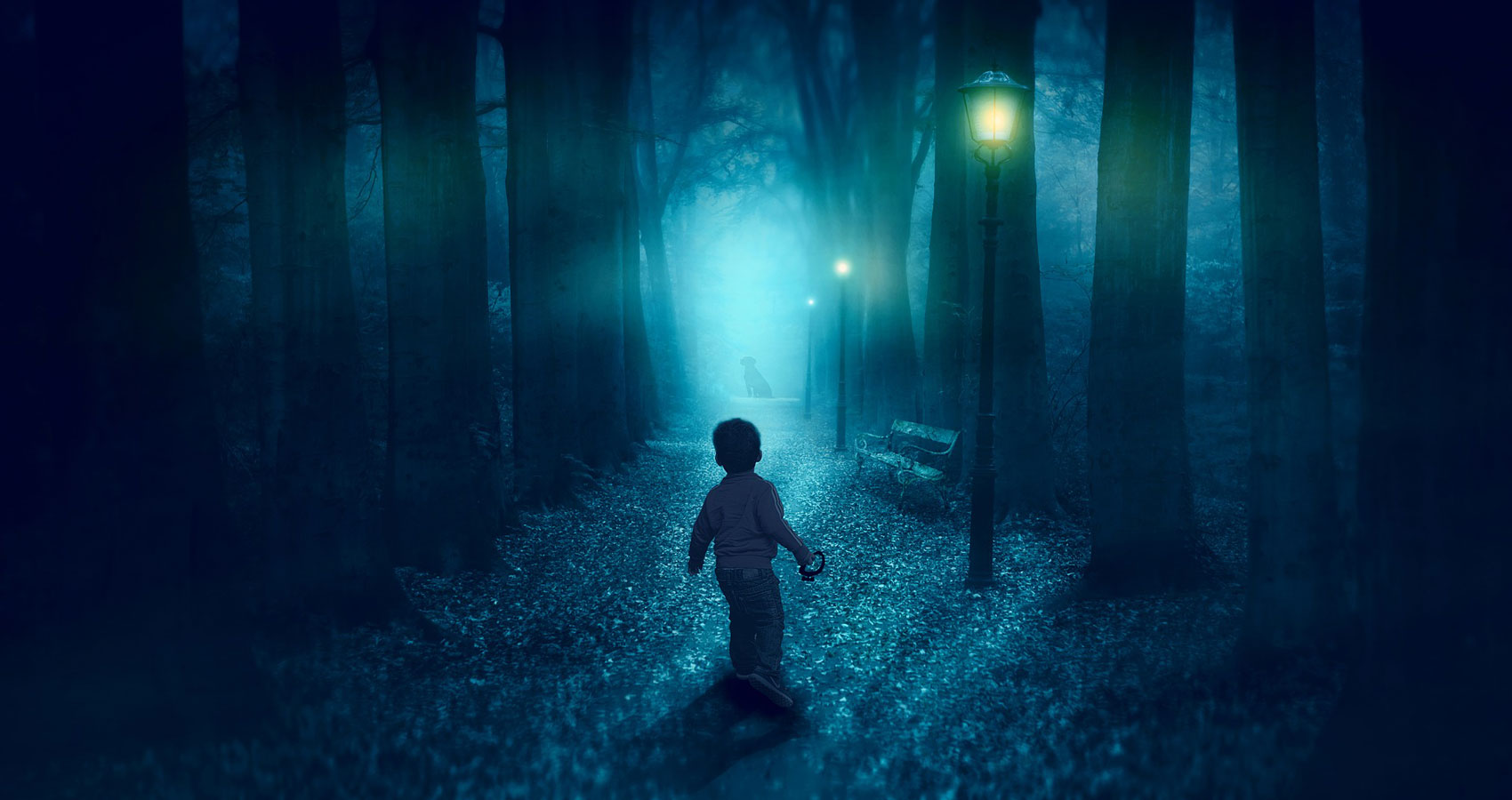 The Dog’s Name Was Maxwell

The Dog’s Name Was Maxwell

The dog’s name was Maxwell, his best friend in the World.
Received from his Mother,
Who denied him was his Father.
They wanted to have a good ol’ time, they ran into the Forest.
His mother, Balling, phoned the Officer tears in her eyes. A weight had lifted in her heart as they came back through the Night.
The Dog’s Name Was Maxwell.

The Dog’s Name Was Maxwell.
Maxwell became his demon, defended him from the World,
like his mother had foretold on that Night.
“If you wish to go to the forest, take Maxwell with you for it’s you he will defend”. Words of wisdom from his Mother.
Each time his son departed, his father’s rage built. His mother tried to comfort him with “He’s only in the Forest”.
She allured him into bed that night. “Get them out of your head, they’re alright,” Said her to the Father.

“Don’t go into the forest, son, your mother is gone and she’s worried of you and Maxwell in the forest by yourselves” A lie from the Father.
The Dog’s Name Was Maxwell.
His father fell to a deep sleep, once again they ran to the Forest.
On that very night, he felt as if he were the happiest boy in the entire World.
“Looks like his father is asleep” Thought the Mother.
She walked to her son’s room, seeing Maxwell curled up at the end of the bed gave her hope. She gave her son a kiss and whispered “Good Night”.

His father couldn’t handle the curiosity anymore, he pushed through the Night.
That night Maxwell and his best friend were followed by his Father.
She rushed home when there was no answer on the house phone. She is Mother.
The Dog’s Name Was Maxwell.
The father watched as the dog “Protected” his son from the “World”
By slaughtering every animal in the Forest.

The father did not heed the advice from the Mother.
Once more he followed his son to the Forest.
The Dog’s Name Was Maxwell.
Maxwell was brutally murdered that Night.
By the Father.
It made his son the saddest boy in the entire World.

The Mother yelled at the Father.
The World felt the son’s tears that Night.
The Dog’s Name Was Maxwell. His ghost still haunts the Forest.