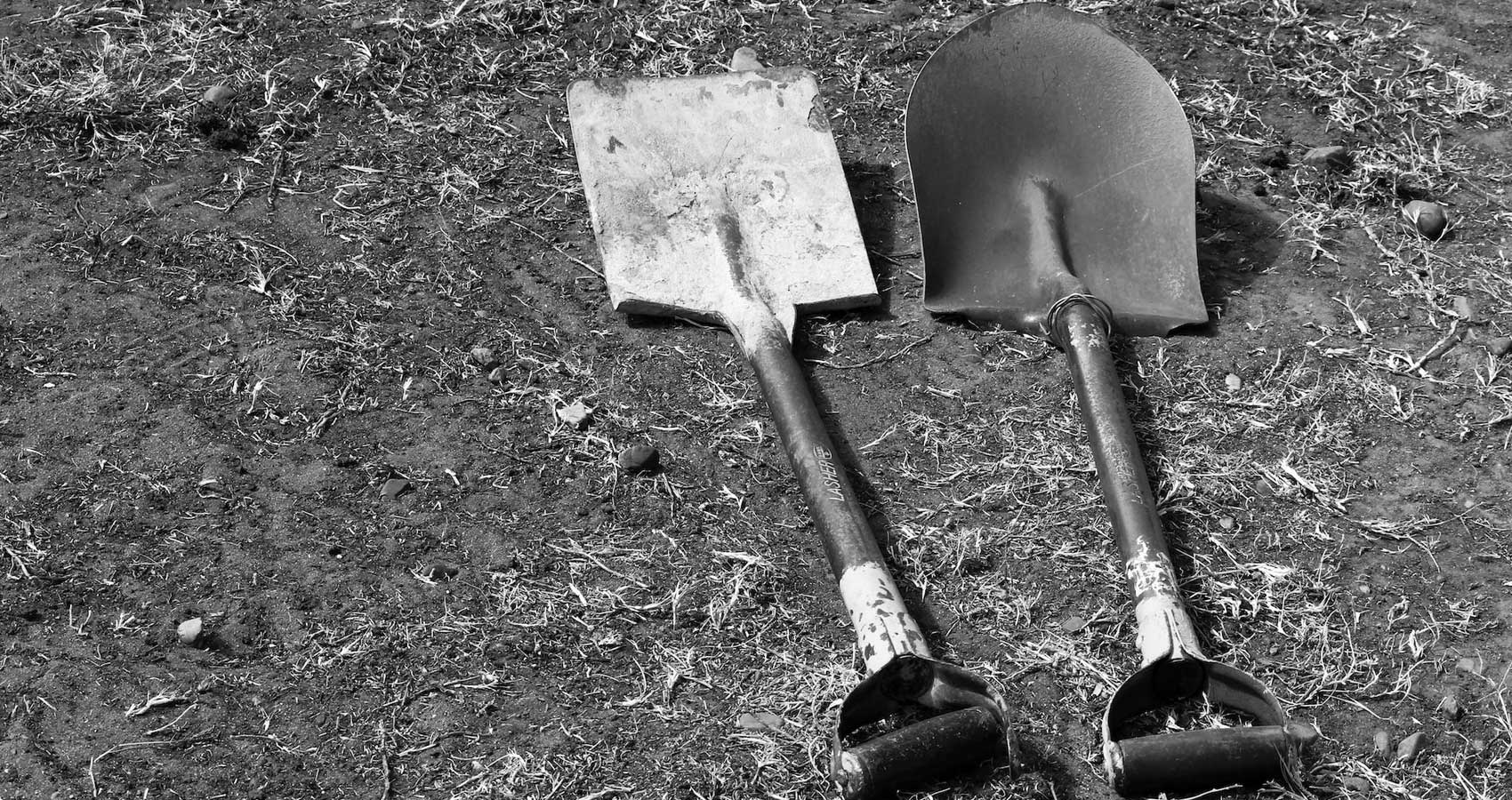 I watched my cousin with awe along with a little bit of envy.
“Man, you’ve sure got a way with that shovel.”
Stevie grinned and waved the stump on his right shoulder. “Yeah. When you’re born with this bad boy, you learn to make the most of things.”
I bent to my task. We were cleaning out my uncle’s horse barn, shoveling the manure into the spreader we’d towed into the center between the stalls. Getting the spreader there had itself been an adventure.
Stevie had led me into the shed where they kept an ancient, faded orange, Allis-Chalmer’s tractor.
“Cool,” I said when I saw it.
My cousin grinned at me. “You want to try it?”
Me? Drive a tractor? I was ten years old and only a few days earlier had arrived on my aunt and uncle’s farm. I’d been sent there by my mom from our home in the city where I’d been spending the summer at loose ends learning how to become a juvenile delinquent. In short, going nowhere fast.
“You serious?”
“I’m serious, cousin.” He punched me in the arm with what I could only surmise was his way of showing me we were buddies. “Absolutely. Go for it.”
When he saw my hesitancy, he added, “It’s okay. I’ll teach you.”
“Okay!”
And he did. He showed me how to get the tractor started by turning the key and pushing a button. He showed me how to put it in gear, back it out of the shed, hook it to the spreader and drive it to the barn where I parked it between the stalls. We each had one side to do, five stalls each, and at our age, Stevie was ten like me, everything was a competition, mostly friendly. In this race, Stevie was kicking my ass.
Eventually, I stopped and wiped my brow. I was exhausted. “Okay, okay, okay,” I said, setting my three-pronged pitchfork against the side of the second stall from the end. “I give up.”
Stevie was a stall ahead of me. “Just a second,” he said, grinning over his shoulder. “I’m almost done.”
“Funny.” I said, collapsing onto a bale of hay. “Real funny.”
Steve whistled as he worked. He used a small, bladed shovel and wielded it with his left arm like a magician with a wand. I hadn’t seen him in two years and in that time, he’d grown taller than me by four inches and outweighed me by easily thirty pounds. All of it muscle.
“It’s all in the wrist,” he said, finishing up and sitting next to me. “And the arm, too,” he added, flexing it. “That helps a lot.” He winked at me.
I used to hate him. He used to be a squirrelly little kid who played with his sister’s dolls. He liked to read. And he didn’t like any of the video games I liked to play. He was just plain weird.
But I hadn’t seen him in two years, and I guess in that time he’d changed. I know I sure had.
And not for the best.
Earlier that year my dad left home. Mom was having a rough go of it, and I reacted by doing the only thing I knew how to do that didn’t require any particular skill – be a jerk. I began fighting with my younger brother and younger sister all the time. Davey, my best friend, and I started smoking cigarettes and I began sneaking out at night, running around with Davey, his older brother Frank and Frank’s friend Walt. The night we spray-painted a smiley face on a water tower and got caught was the night mom said, “That’s it, Joe. I’ve had it with you. I’m sending you to your aunt and uncle’s farm. Maybe they can do something with you.”
“So what?” I yelled. “See if I care!” I added, secretly caring a lot.
I stomped off to my room and slammed the door. Then I burst into tears. Damn. Already I missed her.
Five days later I was shoveling manure from the horse stalls and hanging out with Stevie. I was learning that he was a good guy. Lots better than I was, that was for sure. I was already sorry for being such a jerk back home.
After we’d taken a break, Stevie said, “Let’s get this stuff spread.”
“How do we do that?”
“Come on. I’ll show you.” He clasped me on the shoulder. “It’s fun.”
It was. Remember, I was ten, but on a farm, everyone was given a lot of responsibility, and spreading the manure was Stevie’s job. Now it was mine, too.
I got in the driver’s seat and started the engine. Steve stood behind me, resting his hands on my shoulders. I drove us through the doors on the far side of the barn and out to one of the fallow fields where we stopped, letting the tractor idle. Stevie reached back and pulled a lever. He tapped me on the shoulder and pointed to the spreader.
“When we start driving, that spool with those spikes on it spins, catches the manure and flings it out the back.”
“Far out.”
He grinned. “Yeah, it is. Let’s go.”
I shifted into gear and we set to work, spreading that manure. I’ll tell you, for a ten-year-old, born and raised in the city, being outside on a sunny day, driving up and down a farm field in the country with my cousin by my side whistling some obscure rock and roll song, all the while I’m pretending like I know what I was doing, well, it was a pretty good way to go.
I stayed there all summer. We spread manure every week and it was always fun.
I cleaned up my act, too, when I went home and was lots nicer to my mom and brother and sister.
And next summer, when they invited me back, I couldn’t say ‘yes’ fast enough.