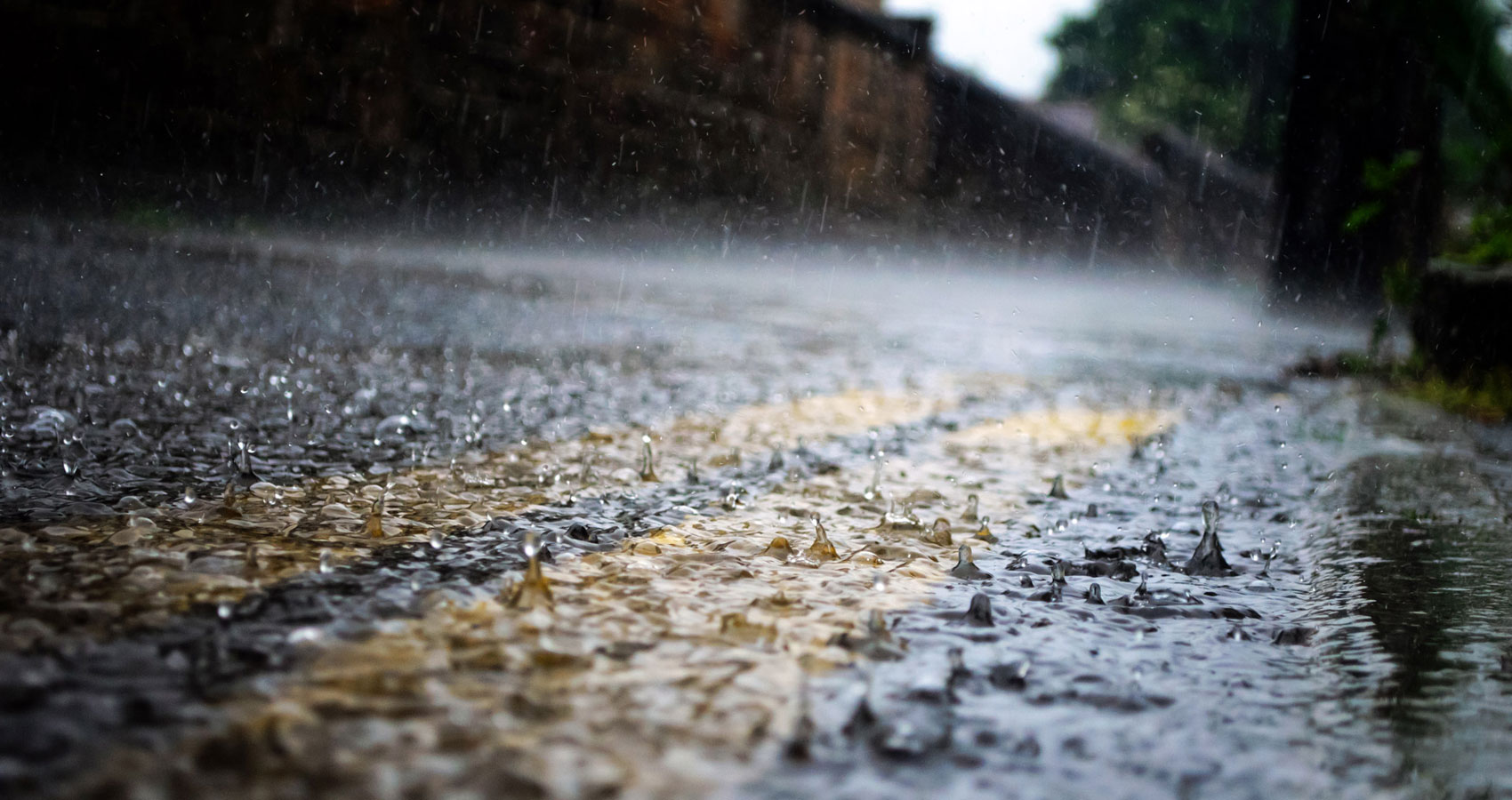 It was 3 a.m. I could not sleep. So I drove to the local grocery store since it is open 24/7 When I arrived, it was dark inside but some lights were on. A surprisingly large number of customers were shopping for food. The rain came down in sheets. The thunder cracked. The lightning flashed.

The neighborhood was black because the street lights were out. The store was running on its generators. I grabbed granola bars and water and stood in line. An old man behind me was talking to whom I assumed was his granddaughter. Both were dressed in plain cotton hoodies.

His old ashen unshaven thin angular face had a couple of days of white stubble. His gray eyes were quick and alert and full of life. She was about five with a pretty round chubby face. She had large gray eyes and large teeth. He’s carried her in his arms.

The grandfather looked at me with kind eyes and said “Quite a rainstorm.”

The old man had no groceries. He looked and sounded educated. They smelled clean. But I thought all this was none of my business and I was eager to return home.

I am a diabetic. I needed to eat a granola bar and drink some water. Suddenly, the store lights went on. The thunder crashed and most of the lights went out again. I purchased my groceries and left.

When I left the grocery store, I could barely see. The street lights were still out and the rain was heavy. As I pulled to the side of the road the man behind me driving a brand new BMW honked his horn, pulled up beside me, then rolled down his window. “Learn to drive,” he angrily said before speeding away.

I reached into my plastic grocery bag to eat a granola bar and drink a bottle of water. As I opened the wrapper, the rear passenger door opened. The little girl and the old man got into the back seat of my car.

I looked at them searchingly. Were they dangerous?

“Can I take you somewhere,” I asked.

“Yes,” said the little girl. “You can take us to a small town in Massachusetts.” She smiled with her big white teeth and shining gray eyes.

I turned on the inside car light and looked at them more closely. They don’t look like relatives.

“Well, this is Washington, DC,” I said. “I can take you to the Greyhound bus station.”

I thought I should maybe report them to the authorities. “Why don’t I take you to someplace safe and warm?” I asked. “Where are you staying? I will take you there.”

The old man and the little girl without a word got out of my car and disappeared into the night.