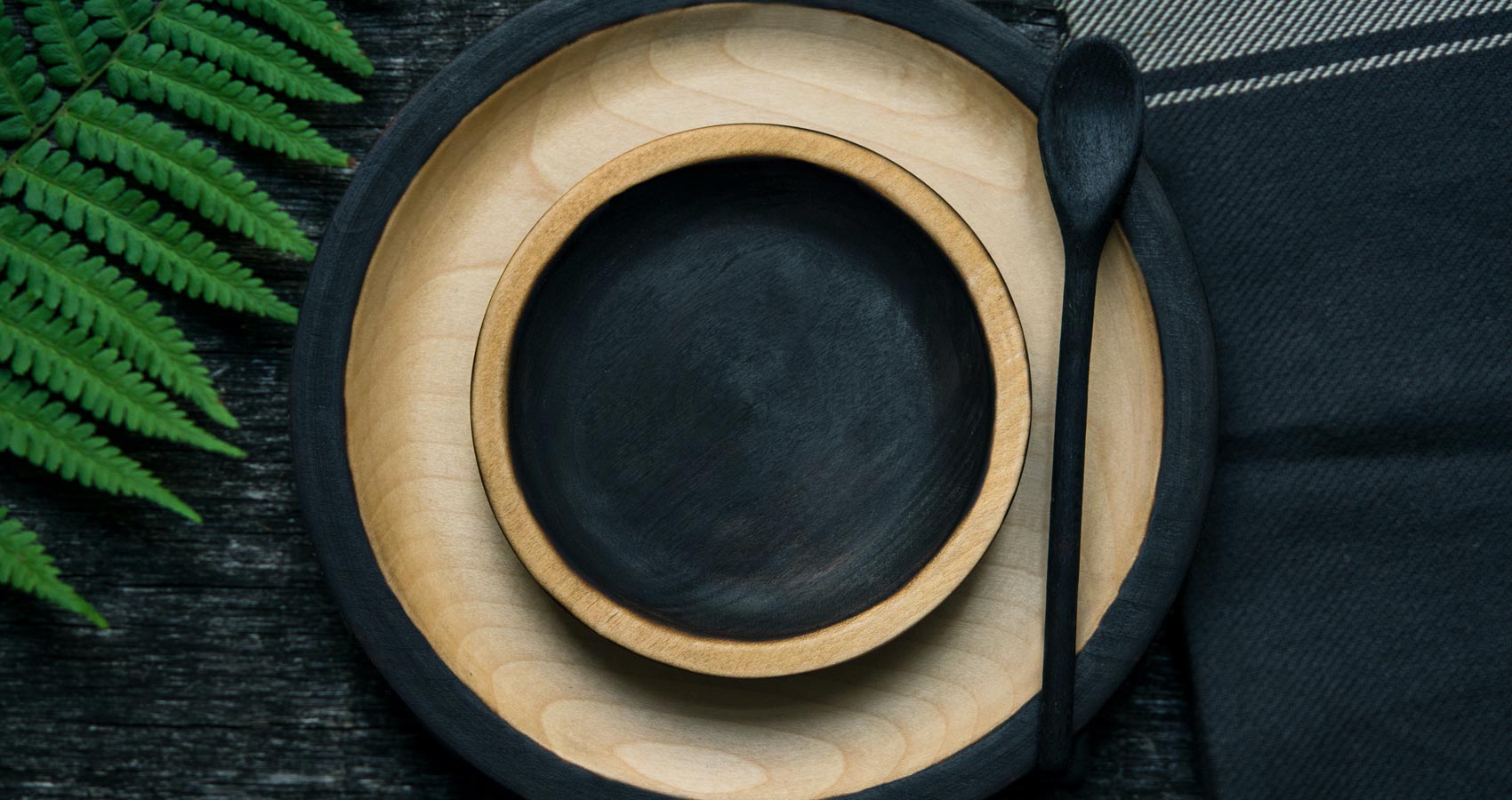 The Real Taste of Darkness

The Real Taste of Darkness

Recently, the city witnessed an abrupt closure of a restaurant that had opened up on the east side of town. The ill-fated establishment, known as the ‘Taste of Darkness’, presumably promised its patrons a revealing and apparently life changing experience of what it meant to be blind.

The idea was, you’d hand over your phone and other bare necessities before entering the restaurant, and proceed to have your meal in absolute darkness. Their confident staff would take you by the hand, lead you to your seat, serve you food, help you find the washrooms, and make sure you didn’t stumble and fall and ruin your experience.

Their set menu promised your gratification, your satisfaction, nay, your very self realization! – and after your meal came the big twist! You were informed, just prior to going back to your comfortable bright-lit existence that the waiters, managers and even the chefs! who planned and prepared your meal and served you your food, were not in the least bit impeded by the darkness, since they were all completely blind. And for a while, so were you.

This was what apparently made the food taste a certain way. This, they claimed, was (insert drum-roll, printer) the ‘Taste of Darkness’.

But I had a better idea for a themed restaurant of this sort. Let me tell you about it?

No wait, first let me tell you about me! I’m a fanatically passionate chef and gastronome. International success in some of my earlier and somewhat orthodox culinary ventures resulted in much fanfare, and afforded me the freedom to live a life largely devoid of the financial and existential conundrums that plague most average mortals.

But here’s something very few people know. I learned my cooking by watching food reality television shows! Yes, you heard that right! Know all those famous chefs who claim they learned their recipes from their mother or grandmother? That’s not me. (Though now that I think about it, those numerous unpalatable home cooked meals did in fact provide ample opportunity to learn what not to do.)

And speaking of home recipes, I came to realize that those so called ‘age old traditional family recipes passed down from generation to generation were not very different from Chinese Whispers, if you know what I mean. In fact, I knew that the hapless housewives who actually attempted those traditional recipes would invariably find some crucial detail distorted, or forgotten, or even intentionally altered by past rebels or rogue cooks further up the family tree, and would soon come to realize that that prized ‘age-old family recipe’ was nothing but a hotchpotch of confused condiments and irrational ingredients.

And not to single one particular woman out, but you will see where this is going soon. My grandmother, I tell you – she couldn’t boil an egg to save her life. She’d lost her sight around the time I was born, (glaucoma, they said), but what’s interesting is that this blind non-chef once handed to me on a platter the grain of an interesting idea, when she casually mentioned that losing her eyesight permanently magnified her sense of smell and taste. (Dear sweet woman, in whichever dimension or universe now, hi! thank you!)

I thought this was strange and intriguing, and often found myself contemplating it, realizing right then that the body couldn’t be fooled, (aspiring chefs looking for pearls of wisdom to help them along on their culinary journey may consider it a useful mantra – you can never fool the body) and that not seeing was not the same thing as seeing darkness, and that if you wanted to produce a sense magnification of taste, it was no good ‘switching off the lights and hoping for the best’, which is pretty much what the Taste of Darkness and its clones tried to do, all of which I found most amusing.

Anyway, to cut right to the chase, turn right where the ‘Taste of Darkness’ shut shop, and cross the bridge, and you’ll see, with the sign proclaiming me as the proprietor, ‘The Real Taste of Darkness’. I’m sure you already know what I mean, right?

Now understand this. The dining experience here starts where those posers never dared tread. You were never actually blind there, were you? It was all make believe, fake, like one of those virtual roller coaster rides using moving seats, glasses and fancy graphics. I’ve seen folks fall for that, people who never knew the real thing and discovered euphoria in a risk-free free-fall. But so much more excitement is to be had on rides that are real, and have really injured people in the past. Yes?

So come prepared to have your taste buds tingled like nothing you ever knew. Know however, that we are purists, we cater to purists, and we worship at the altar of taste. Patrons are made to feel welcome (welcome drink and all that) and then informed that for them to fully appreciate our set menu we’d first need to surgically remove their eyeballs. The procedure would only take a few minutes, and will be quick, painless, and permanent.

Of course, a lot of casual walk-ins balk at this idea, and rapidly make their exit. We understand. That is all part of the experience, and accounted for. We offer them dessert, and a ‘selfie’ with our genial head chef and then we pack these deserters off. The staff comes out all together and we offer polite and gracious smiles as they depart. Taxi back to their house, on the house.

Neither do we make allowances for those who want to taste our food but not make the extra effort. Honestly, if you don’t want to meet us halfway, what’s the point?

There have been however, notably in the recent past, some aficionados who were more intrigued than intimidated, and did in fact proceed to dine here! To them I’d say, sir wasn’t that the best dinner you ever ate? Wasn’t the appetizer appetizing? Wasn’t the sauce perfect? Didn’t you feel the quivers in the meat? Wouldn’t you gladly trade your eyes again for knowing taste this way?

Because wait! You don’t think we actually blind people forever, do you? What do you think we are? Monsters?

In fact, once the meal is concluded, we casually inform the patrons that their eyesight will be restored, its a simple re-attachment, faster than the removal. “Will there be anything else, sir”, we ask, “before we restore your eyesight?”

It’s our pièce de résistance, one final twist, the move that completes the masterpiece, and minutes later they are up and about, glad and eager to rate us five stars and even visit us again, a request we regretfully deny, like a seasoned magician refusing to perform the same trick twice.

Please do not reveal the secret to other interested parties sir, we say, and please do enjoy the rest of your evening.

As you’d expect, diners concluding their meal here react quite favorably to this revelation. And why not! The sacrifice was willingly made, they tasted food as never before (and never will), and then surprise! a quick procedure to restore their eyesight leaves us with no long-term legal matters to grapple with. (And the first thing for them to eyeball is the bill – believe me, we are not for those of modest means).

But I can’t help but mention one particular gentleman who obviously found the taste of our food to his liking, but seemed to change his mind once we reinstated his eyesight and ended up giving us a mere “average” rating in hindsight (so to speak). Strange, no?

From what I gather, he felt we backed out of our mutual agreement when we reversed the procedure after his meal, causing him to not be able to “commit to the experience completely”, as he put it.

He ended up as one of our most persistent critics, labeling us in various reviews as having “sold out”, having “succumbed to the moderate morals of the general public”, having “lent ourselves to a dreadful hypocrisy”, lacking “the balls to make good on our promises” and so on and so forth!

To him I say, worry not, sir. We take feedback seriously. Customer satisfaction is our number one priority.

We’d like him to give us another opportunity to indulge him, and extend to him an invitation to dine at our new outlet, opening soon, ‘The Actual Taste of Darkness’, where we’d raise a toast to him and his like, and where the very menu ensures that the procedure cannot be reversed.

Nikhil Kshirsagar is an upcoming short story writer from Pune, India. He is currently working on publishing his first book of short fiction. He works for an IT organization and writes short fiction stories as a passion.