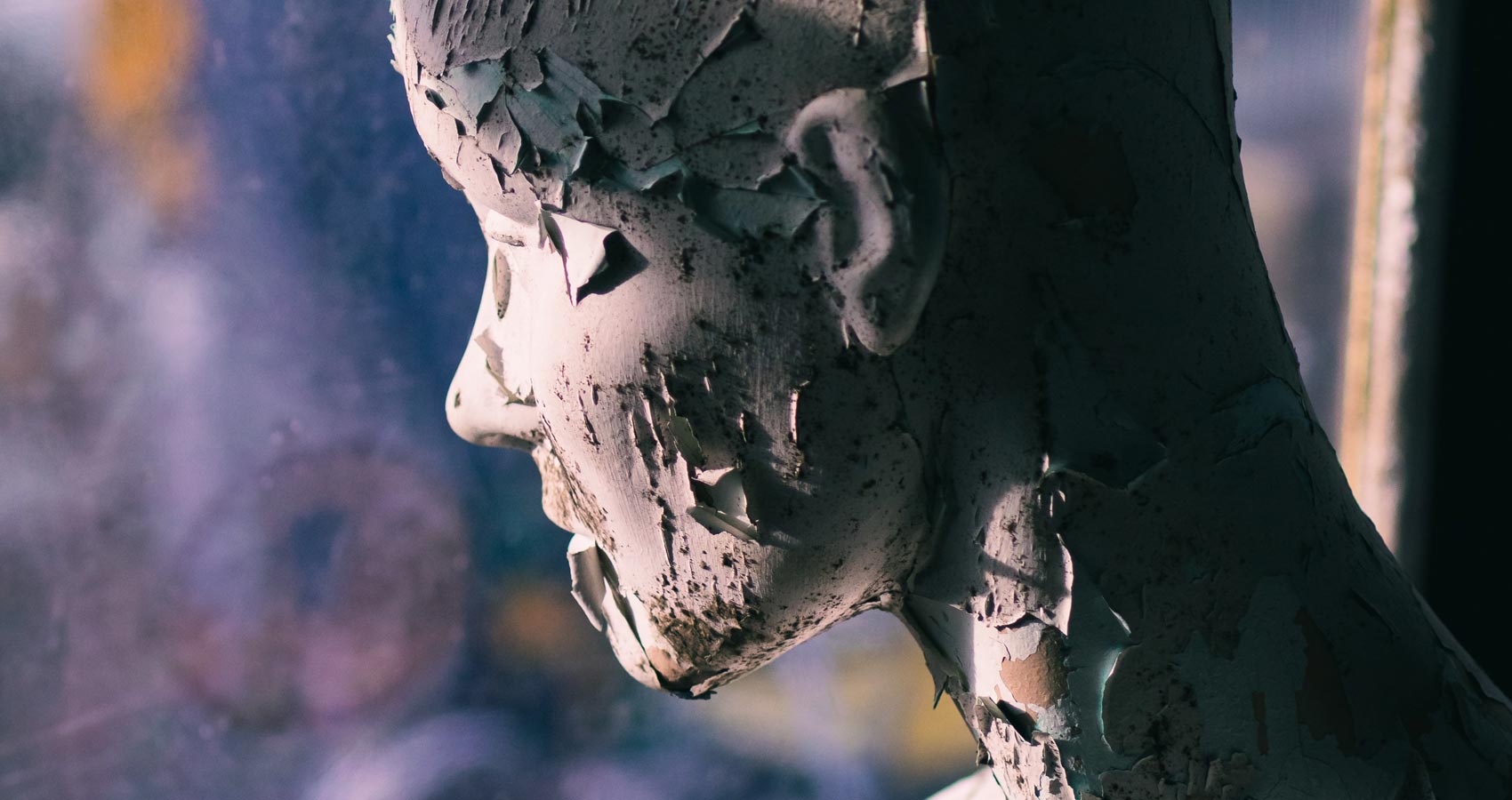 He wandered in a vaguely familiar area, among suspicious eateries and cheap shops, under the menacing glow of the broken-limbed mannequins, bathed in the inhuman neon light. The misty shopfront glass trembled from the sound of wheels rumbling across the bridge.
Wearily trudging through the humid air, he remembered that on no account he should be late for one of these trains. Noticing the open doors of the crowded station lobby, he dived inside, plunging into the sharp smell of the station toilet and the hopeless silence of the evacuation. Heaps of papers were scattered on the trampled tiled floor.
Having made his way to the chipped steps of the stairs, he heard a snippet of his native language. At first, he did not understand what the short-legged guy in the unbuttoned wet overcoat was demanding of him. His canvas backpack flopped down. He wanted to back off and refuse but instead obediently closed his fingers on the chipped barrel of the old gun. The people at the door became agitated, and the crowd moved forward.
A train clattered overhead, and the soldiers nearby raised their weapons.
“Shoot ‘em all!”, shouted the officer.
He tossed himself forward, moving his hands blindly, trying to protect those for whom all this was not a dream.

Nelly Shulman is a writer currently based in Berlin. Her work has appeared on JewishFiction, in the Vine Leaves Press Anthology of the Best 2021 Flash Fiction and in the various literary magazines. She is a winner of two writing awards.