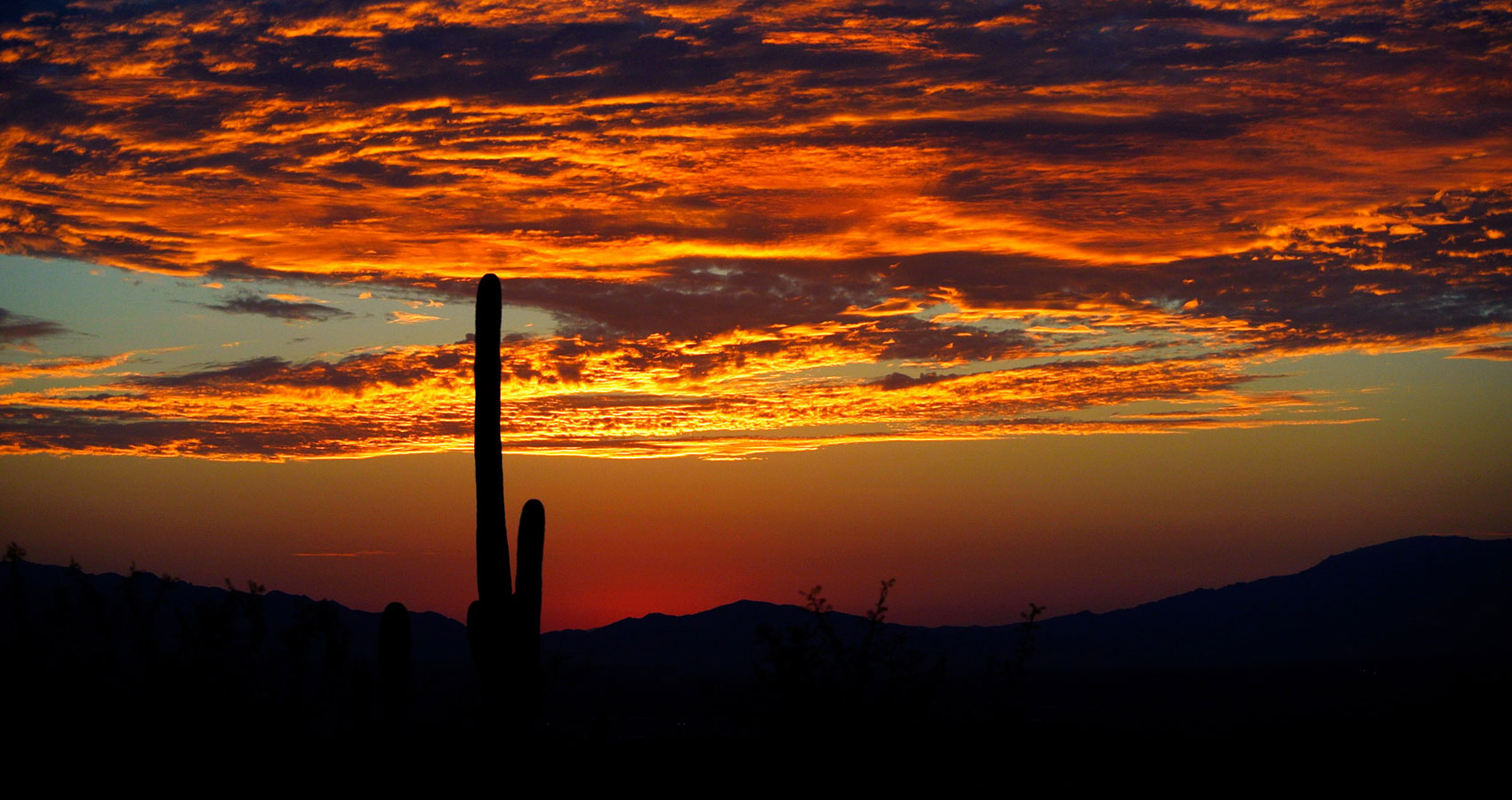 Somewhere inside the Sonora Desert

“A trap?” Campbell all but shouted. “Who is gonna be out here in the middle of nowhere diggin’ holes like this here? Why you could roll a damn buckboard into this thing and it would disappear for Christ sake. It ain’t even covered up with grass or nuthin’.”
Mendoza stared down into the massive circular gap, studying it carefully. He pulled off his weather worn sombrero and wiped at his forehead with his sleeve.
“I can’t say for certain mi amigo, pero it appears to have been dug or scratched out by claws of some kind. ‘Big’ claws.”
“Claws? You’re loco amigo. You mean to tell me you think an animal of some kind did all this diggin’. What in the hell for?”
“I really don’t know. Maybe it wasn’t just ‘one’ animal. Maybe it was a family or a troupe of some kind. Pumas or mountain lions. Like I said, maybe a trap. I just got a feeling that’s all.”
“You’re Mexican feelings really don’t concern me, but your damn sanity does. Now you look here amigo, this desert wind is pickin’ up speed and that damn sun out there is sinkin’ faster than a peso in a senorita’s purse. Now we is gonna’ have to bed down somewheres around here so we had best find us a spot pronto. Let’s just see if we can scrounge us up enough brush and such for a fire to warm around. This hole seems like it would be a perfect place to me. Comprende?”
Mendoza shook his head a bit, and then gave into Campbell’s suggestion. “Muy bien, let’s take a turn around this thing and see if there’s an easy way in… and out.”
“Now yer talkin’ sense. Come on. Let’s git to gittin.’”
The trail riding twosome circumnavigated the gaping hole together stopping at certain points to have a closer look. All the while a sizable flock of dark buzzards was performing their own circular surveillance from high above in the pulled cotton azure sky. Dozens of them.

“Well it seems like my ‘hole’ idea served us pretty good huh mi amigo?” Campbell said as he leaned back against the sandy side of the pit. He lit a pouch rolled cigarette and blew out a wispy, thin stream of smoke. Then tilted his Stetson’s brim down low over his sleepy black eyes.
“Si Campbell. I suppose so, pero I still believe we should have brought with us down here our saddle rifles. Those two horses of ours up there can’t shoot and they might just get free somehow and run off. Then where would we be I ask you?”
Campbell touched up on the crumpled brim of his hat and looked across the makeshift flames of the campfire at Mendoza. “I tied those two tired ass ponies of ours off to a fair sized angle armed cactus. They ain’t goin’ no place fast amigo, and I got my Colt revolver here with five or six shells in it. I got us covered down here just ‘in case’ trouble happens by.”
“Hmm,” from Mendoza as he tossed a gnarly stick into the spitting fire. “I’m not really happy about our exit plan either. I think in the desert darkness we just might have a bit of trouble getting our way up and out of here if trouble does decide to ‘happen by’!”
“Okay then if that’s the way you see it then I suppose we’ll be better served if we sleep in shifts. I’ll take the first piece for an hour or two and then I’ll stir you awake. How’s ‘that’ sound?”
“I don’t see how that will change this predic… predita…,” Mendoza struggled with the word.
“Predicament? Is ‘that’ the word you’re strugglin’ for amigo?” Campbell rudely cut in.
“Si… ‘predicament’ we’re down here in this damn trap hole,” Mendoza shot back in frustration.
“There you go again with that trap crap! I’m tellin’ you that we’re as safe as babies down—”
“Jesus Christ! What in the hell is ‘that’ up there?” Campbell cut himself off this time.
Mendoza immediately snapped a fearful look straight up and then all around the jagged top edges of their sunken campsite. There, more than apparently, were a baker’s dozen silhouettes of enormous flash fanged cougars and, beneath ‘their’ growling presence, much more than a mere smattering of huge elongated-neck cawing buzzards. They had, each and all, gathered there as a ravenous team at the deep hole’s wide open maw. Looking down with a purpose. A picking, hungered purpose.

“What in the hell are those things all about? What do they want?” Campbell cried out in fear.

Mendoza shook his head in despair and dread. A woeful sign of the cross did he then cast just atop his profusely sweating brow.