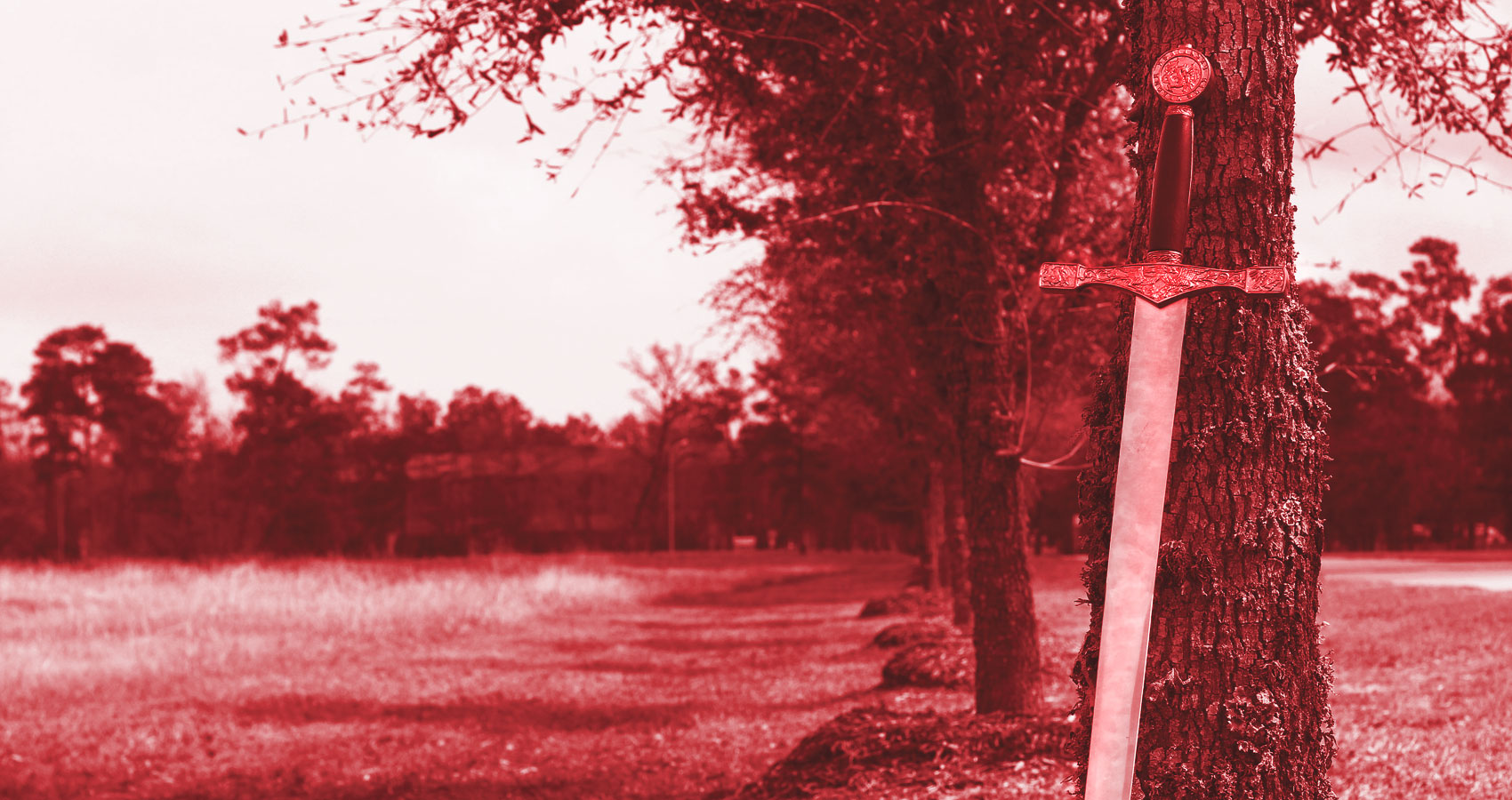 He stumbles through the trees smearing them red,
His sword still burns with the screams of dread,
The faint light of his lake house is all he sees,
To purge his demon from the battlefields.

At the end of his crimson road,
A breath away from his abode,
Peace eludes him like a crippling infection,
Only ash and spectres in his vision.

Above the lake under an ungodly moon,
Phantoms of comrades & enemies marooned,
The bannerless dead tear him asunder,
They say, ‘Come join us Brother’.

Into the water, he prepares to be free,
Scorpions in his mind showing no mercy,
The blade pressed to his heart, he doesn’t ask why,
‘I am a soldier’, he says, ‘I am meant to die’.

Two soft arms emerge and coil around him,
A heavenly warmth seeps into the darkness within,
He gazes into two bright eyes brimming with life,
He thinks, ‘This farishtha looks just like my wife.’

She clung to him as he reeked of death,
His beating heart was all she felt,
An obsessive devotion to bring him back,
Even the circling reaper feared her wrath.

A gentle touch of her lips is all she tried,
His spirit was reborn and the devil cried,
He wanted to drift away in her embrace, a love so zealous,
The undead just wept, bitter and jealous.

No more doubt, no more pain,
He drank the life she offered from her gentle frame,
Locked in each other, a passionate baptism in the spray,
She gave him the only reason to live another day.

The two souls walk back healed,
He puts down his flag, his thirsty steel,
He holds her hand, faith renewed and fear undone,
What is honour before the love of a woman?

Ayushman Jamwal is a journalist based in New Delhi. He is a Senior News Editor at CNN-News18. Ayushman is a graduate of the Cardiff School of Journalism, United Kingdom and started writing poetry when he was a student at the Doon School in Dehradun. He lives with his parents, younger brother, grandmother and dog Leo.