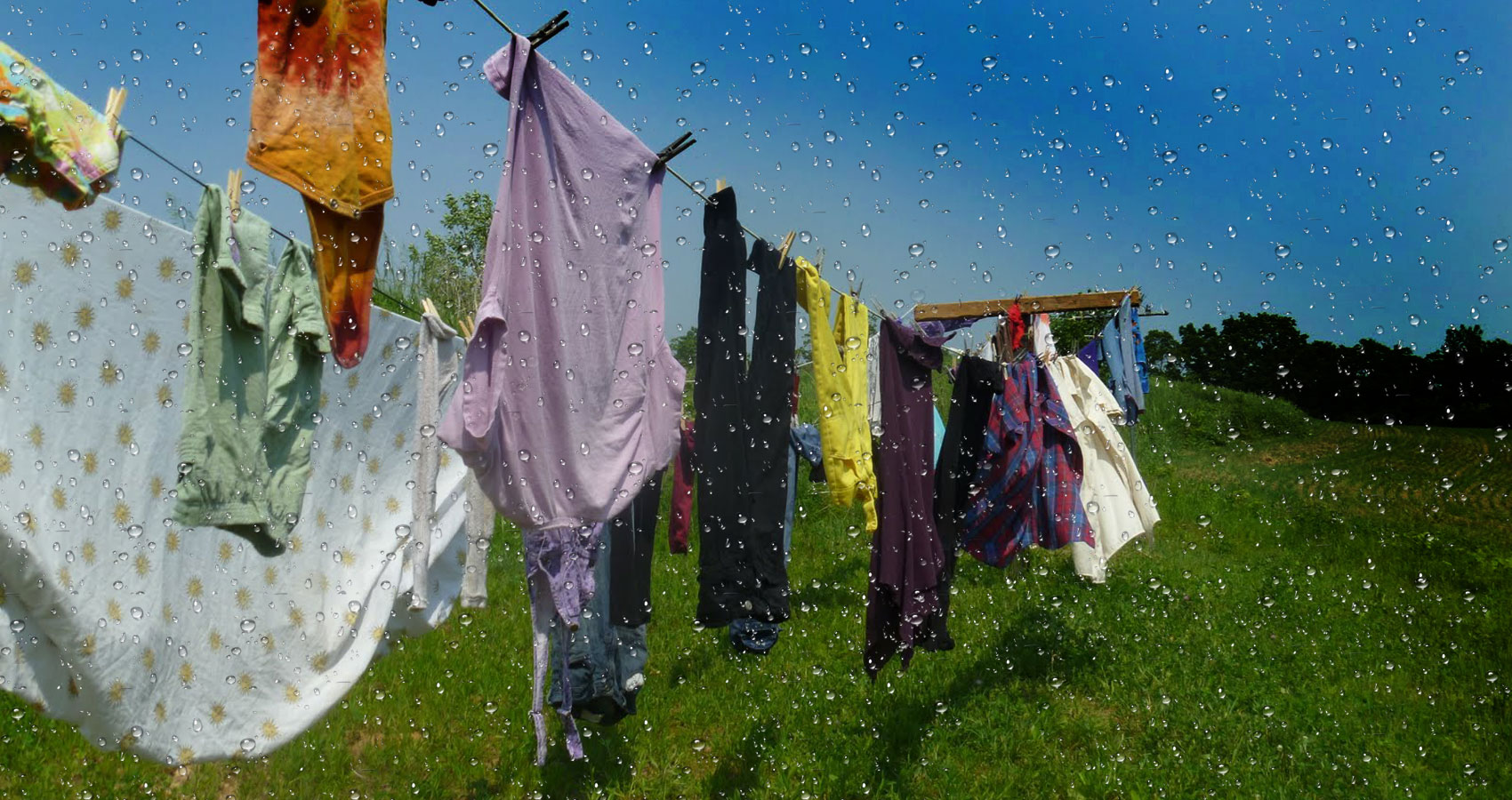 day
light’s washed away the sky
raining
heavily now it’s night
bloody kids left
the washing on the line again!
it will dry again
it always does
no worries, kids!
raining heavily
after the thunder
echoes in my throat
my chest
heaven
in summer heat
this drumming
this power
the washing
doesn’t matter
does it?
and although some may cower
inside with eyes squeezed closed
noses pressed to glass
I’m making a mad dash at it
not for the washing
but for a naked
caper out in the wet, the sweetness of it
out on this earth
laughing for everything
I’m worth
to the rain’s applause
muddy feet
come out kids
let’s dance!

Barbara Turney Wieland is an artist/painter who always described herself as a ‘frustrated writer who paints instead’. She finally found the courage and inspiration to start gathering the words that have been flying around in her head and started writing in 2015. Satisfied, she can now say that she has also begun to be published too ( The Mulberry Fork Review, Threelinepoetry, skinnypoertyjournal, Rat’s Ass Review, Blue Mountain Review, issue 4, Walking Is Still Honest Press W.I.S.H - poet of the month, Communicators League)
She is currently stuffing poems and stories into a back drawer to see if they mate.
BTW works as an English /Art teacher, lives in Switzerland with her family but hails from the UK and Australia.