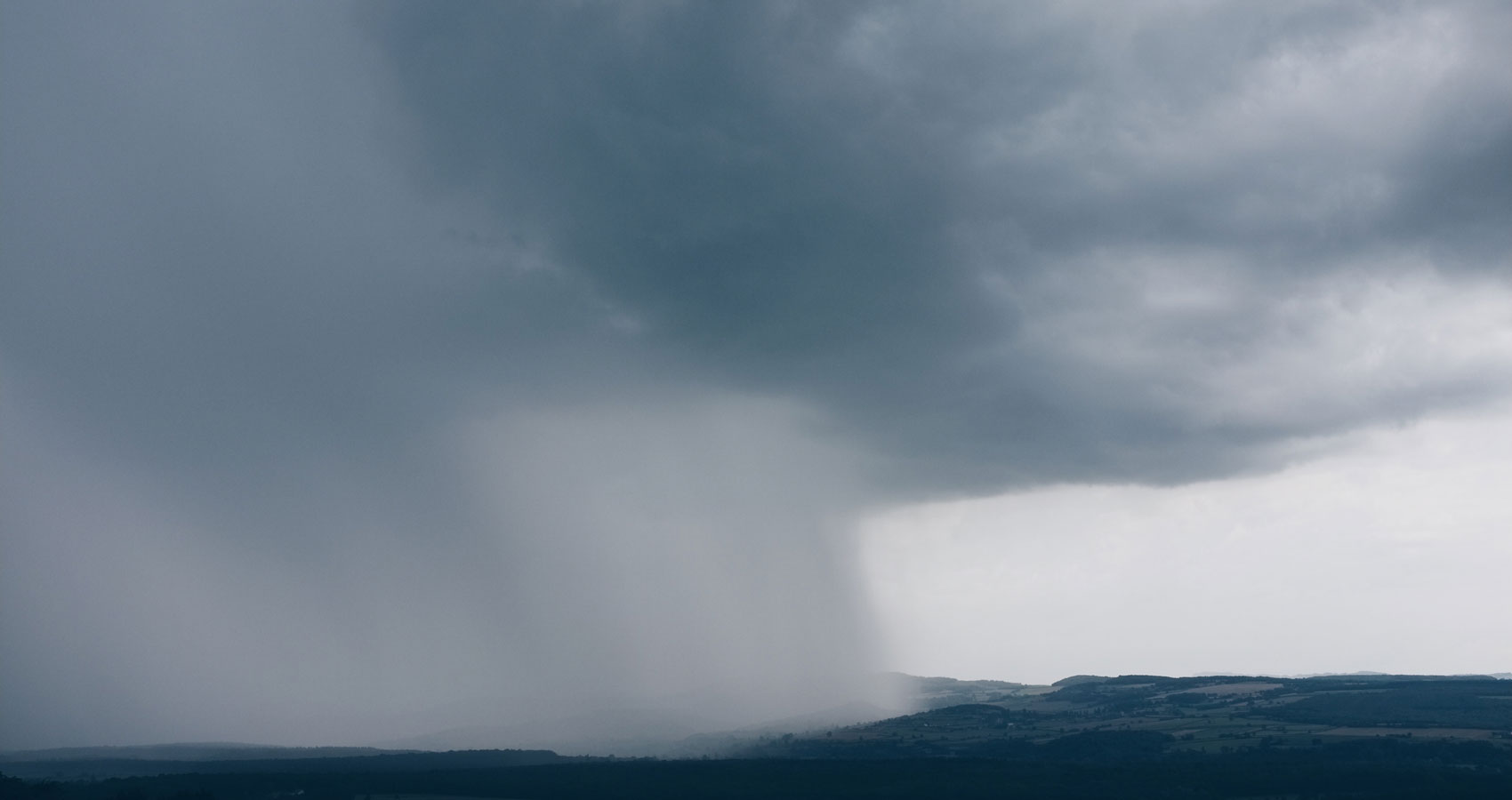 The gales cry,
their sounds rise,
so strangely like
the wailing of children.
The gales
have ripped a rift in purgatory.

Along the low hill’s haze
and indistinct palette of grays,
the thinning slate shapes
are either columns of rain,
or a quorum of waifish wraiths.

Condemned but inculpable
are those little figures —
long ago natives maybe — in an ironic,
insufficient sacrament:
this obscuring rain’s
parody of baptism.

If that faultless chorus
should never see heaven,
they will ever be wind without end
their lamentations ever
shrill within rare
arriving spring downpours.
Always will the squall
imprison their calls.

You and I should refrain
any temptation to breach
these palisades of rain —
lest we be greeted by each
iron-colored countenance:
the sorrowing slim nickel
of an infant’s visage,
little boys’ graying faces,
the silvering eyes of the girls.