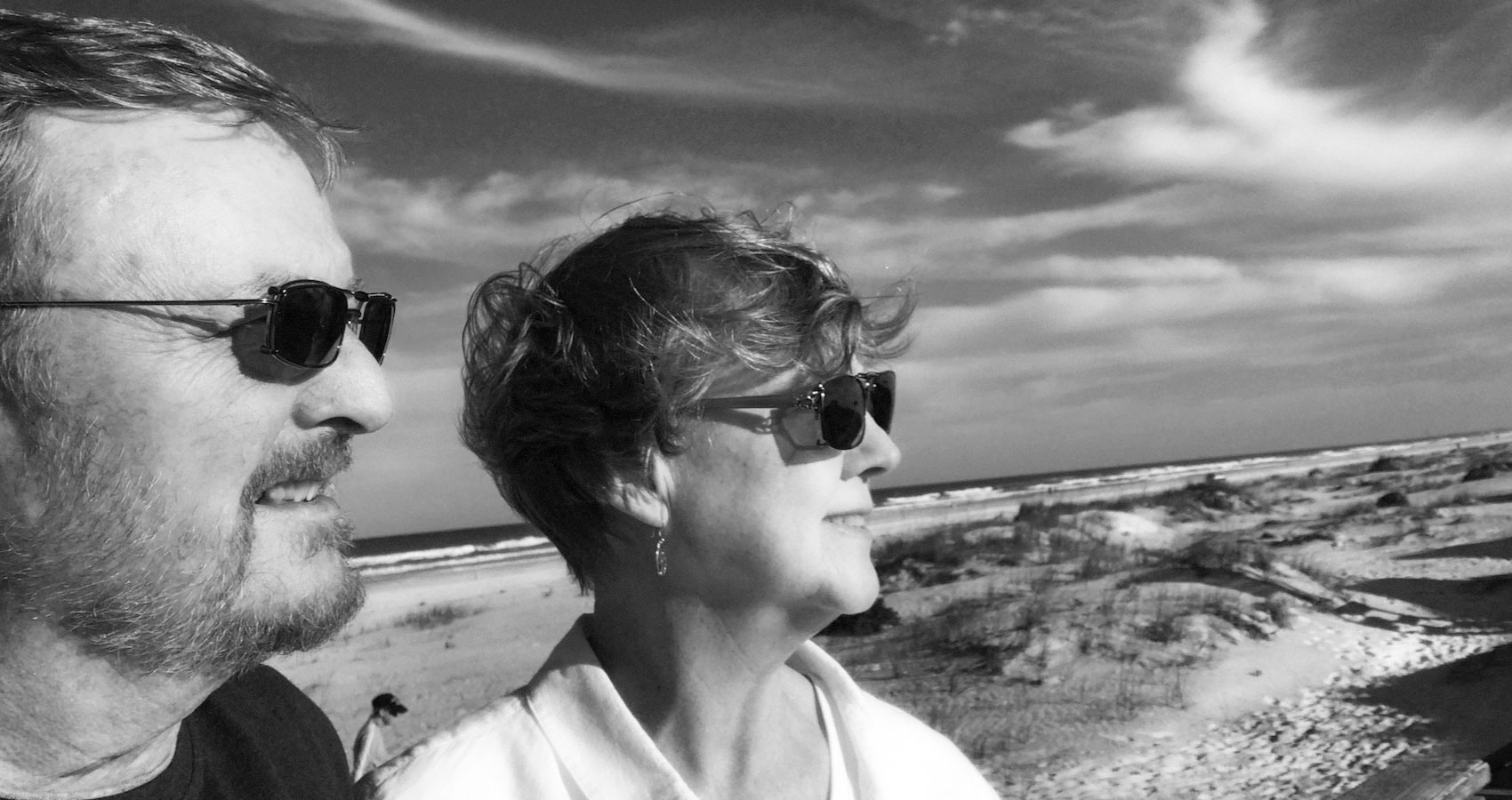 We always
knew how it would end.
But it has been one hell of a trip.
Whatever happens, it has been that.

We’ve traveled ten thousand
highways, arguing about the directions,
for nearly 50 years.
And mostly finding our way.
But also getting lost.
Remember that little diner
in Wyoming where all the
locals came for breakfast,
dusty pickups nosed into
the curb outside?
(I had steak and eggs.)
The place we camped
just outside of town
in a little stand of cottonwoods?

We’ve shared twenty thousand dawns and dusks,
long nights of fevers
and pain and loneliness;
the sounds of surf and
the howl of blizzard winds,
The brilliant deep snows in June
high in the Cascades,
the cobalt and green depths of
mountain lakes
6,000 feet above the distant sea.
We’ve stood on the sandy shores
of several oceans, countless lakes,
a Gulf, and rivers, never
quite realizing how much
water meant to us.
We always returned to the water.
And again, now,
with salty tears reminding us
of our origins,
we return to water.

You know the usual clichés
‘Whatever happens, happens.’
‘It is what it is.’
‘Life sucks and then you die.’
‘No one gets out of this life alive.’
And the all-purpose:
“You never know.”

You’re the one
challenged now.
But it could have been me.
It’s not fair.
(As if fairness were possible.)

There were always
the promises to keep…
For better or worse.
For richer or poorer.
In sickness…
Whatever happens, we always knew
how this story would end.
Just not when.

But everything ends.
All is temporary.
We clutch our illusions
But it makes no difference.
I’m just not ready.
I never will be ready.
That could be my life’s motto.

Whatever happens, my love,
there mustn’t be regrets.
Such a waste of precious time, now.
We have walked a long path together.

We have a few more steps to go.
Hold my hand.
Let’s see what’s around the corner,
One more time.