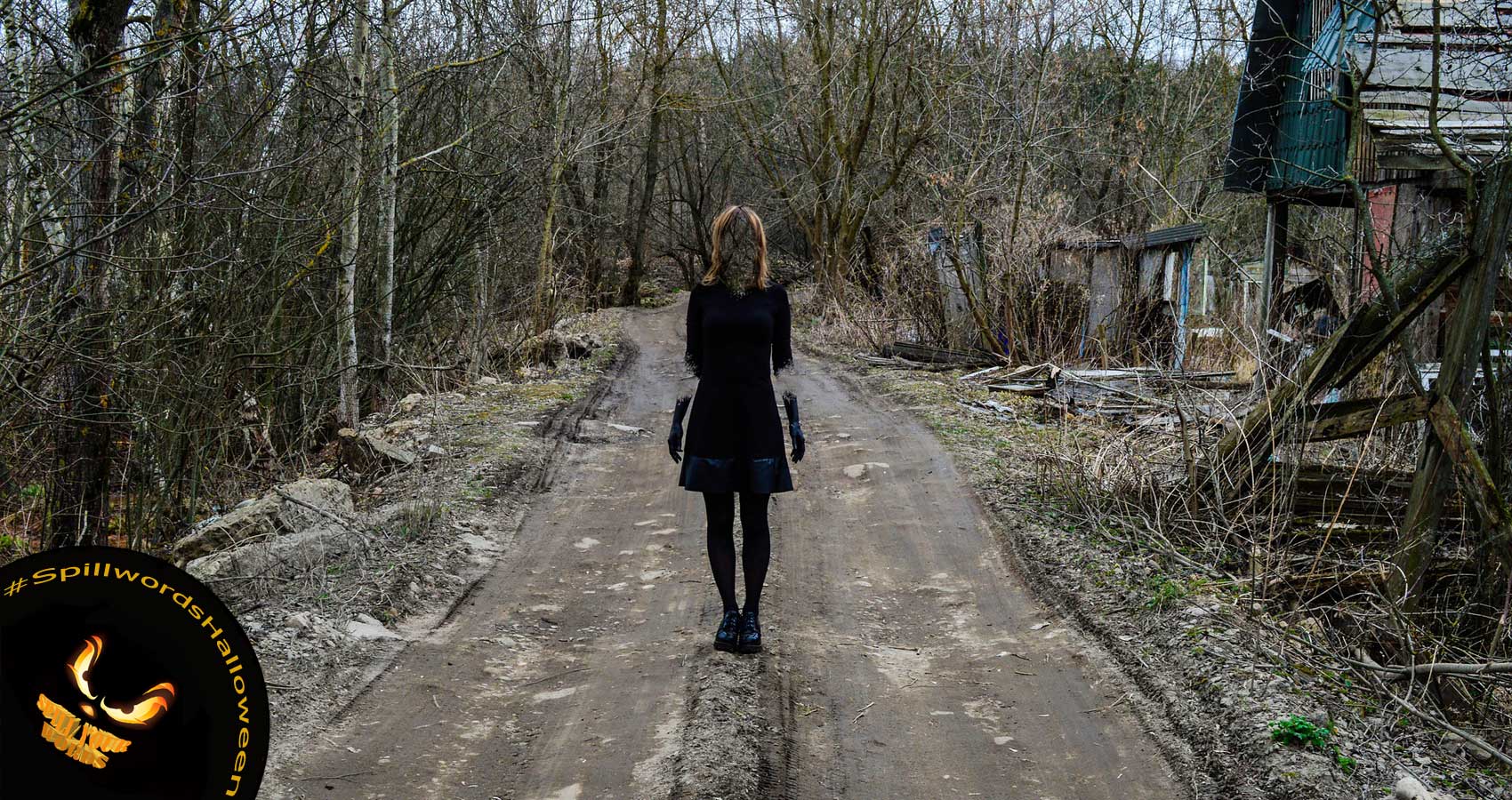 It was no small scene when they woke.

The dead lay in pine boxes. Their decomposing bodies leaked through holes at the bottom of their coffins— maggots had tunneled through contaminated soil, as if infants had suckled on the evil roots of trees.

Worms transformed into snakes. The snakes slithered back into the boxes. They ate at the foul-smelling flesh.

Brains left behind bled into roots, circulated, and howled in the branches — their secrets blew in the wind.

On Halloween night the earth shook, caskets broke through the ground in the cemetery, the mindless turned into zombies and appeared on the streets of Graves Ville.

They begged for a piece of brain.

No brainless allowed into a place of business or home — only those with a mindful brain could come in.

The moon grew round and full, lighting up the way for the arrival of the undead.

A century-old creature, holding a silver bucket, stood on a corner handing out pieces of soft, gooey brain with a touch of caramelized mongrel running through it.

The new crawlers loved it. Hooting and howling, the lumbering dead turned into agile clowns somersaulting down the center of town.

What memories did a brain morsel hold? Was it from a genius? An idiot? A madman?

A little piece of this, a little bit that.

To a mindless cranium, it was—a change like no other. For a moment, like the Kapuas mud snake in the jungles of Borneo, the color of their flesh turned to a reflective light blue.

The wind blew stardust into the eyes of dead and they remembered who they had been. Poets, musicians, scientists.

Weeping when they realized who they’d become.

Doomed, never to return to the world of the living.