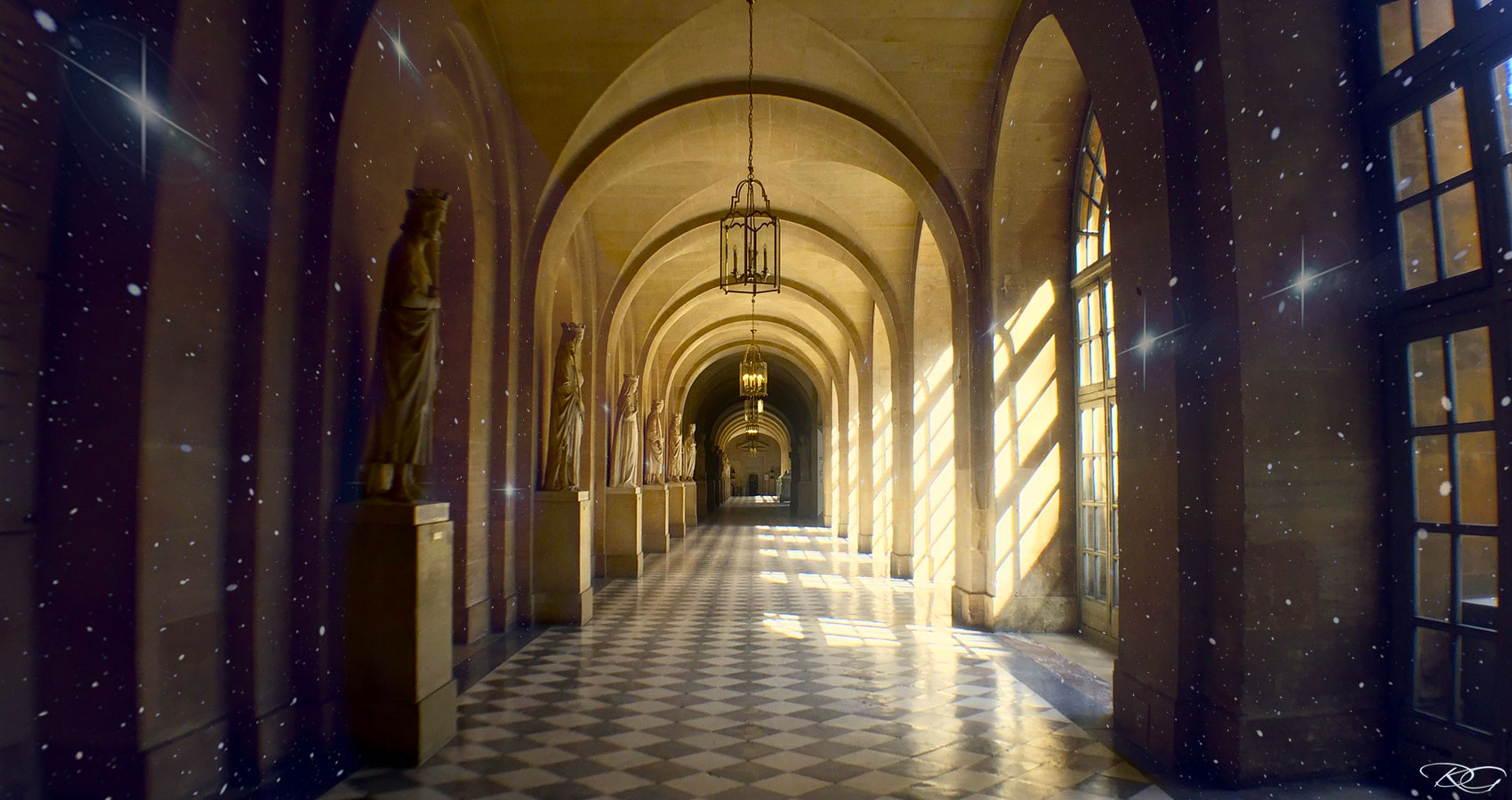 LEANING INTO A LEGACY

Zizadore looks up at the opposite walls of the grand hallway.

She sees constellations of stars that appear to be another galaxy of planets, a large peninsula, and two giant wings.

Music can be heard from the secret laboratory.

Zizadore starts making quick sketches of the constellations as the stars are starting to fade away, then vanish completely.

Zizadore hops to the secret laboratory and sits at the computer studying her sketches with Zolly, Zibbles and the zunnies.

“Yes, that’s what they are– designs, or blueprints –for wings, eyes for Zibbles, and oh, could it be– a human leg, for me?!”

They all hear music coming from the walls. A swirl of purple smoke appears as the computer lights up and the printer opens its mouth and out pops Grandma Zizi.

“I’m your grandmother, Zizadore. Everyone calls me ‘Zizi’.”

“I knew I saw you in the computer that time, said Zizadore. Can you help us?”

“Of course. All of you deserve to have your wishes come true. Consider me your fairy grandmother.”

Feed your blueprints into the computer–

Zizadore feeds the blueprints into the computer screen.

More smoke and fireworks as the printer shakes and its mouth opens wide with a belch and out pops two eyes, two wings, and a dancer’s leg.

They all stare at their glowing missing parts.

Zizadore holds her new leg up to her hip.

Zolly grabs his wings with his beak and tries to flip them onto his body, unsuccessfully.

“How do these work?” asked Zolly.

Zibbles sniffs where his eyes are and seems about to eat them when Zizadore takes them.

“You’ll have to figure this out for yourselves,” said Grandma Zizi. “They do have limits. They disintegrate after forty-eight hours. Your papa is
working on longer-lasting versions. Good luck!”

Zizadore looks at her beautiful new leg as Zolly admires his wings and Zibbles sniffs and licks his eyes.

“Who should go first?” asked Zizadore.

“Me!” said Zibbles and Zolly simultaneously.

“I think we should go littlest to biggest, so Zibbles–”

Zibbles runs to Zizadore crashing into her leg. She falls.

“Sorry. I’m ready for my ability to have a close-up and see close up and everything in between,” said Zibbles, excitedly.

Zizadore looks for something to attach the eyes.

Zizadore sees the sewing kit on the desk and opens it.

“Maybe we could sew them on.”

Zibbles backs away, his tail between his legs.

“No, no forfeit. I was fortifying my– fierce, ferocious attitude.”

Zizadore takes out a needle and thread.

“Hurry up, we only have forty-eight hours!” said Zolly.

Zizadore takes out some blue thread and then threads a needle which is now glowing.

A spider lowers itself down in front of Zizadore, holding a bottle which reads “sleeping potion.”

Zizadore pours a little in the palm of her hand, nodding to the spider.

“Good idea. Thanks so much.”

“Take a sip, Zibbles, so you’ll sleep through the painful part,” said Zizadore.

Zibbles licks the potion out of her hand and immediately falls asleep, snoring..

Zizadore places the eyes in place and begins sewing.

“Do you think it hurts?” asked Zolly, beginning to get nervous.

“He’s sleeping through it, and you know what a light sleeper he is,” said Zizadore in her most comforting voice.

Zizadore sews carefully, one eye then the other until done.

“How long do we have to wait?” asked Zolly.

She looks up at three clocks that have different times on them and signs beneath them which read– PAST, PRESENT, and FUTURE.

Zizadore hops over to the clocks.

“What are you doing?”

“What if we changed time so the past, present, and future were all right now?!”

Zizadore moves the hands of each clock to be exactly the same time – twelve o’clock.

Lightning strikes the clocks and the whole room is electrified.

Zibbles’ eyes began to fill with light and life and he jumps up, his eyes are two high beam headlights.

“I can see! I can see everything! I can even see through the walls!”

Zibbles is running around then sees Zizadore and jumps into her arms.

“You are so beautiful!”

“Yeah, could you turn down your high beams to normal?” asked Zolly.

“You’re smaller than I remember.”

This publication is part 7 of 13 in the series Zizadore