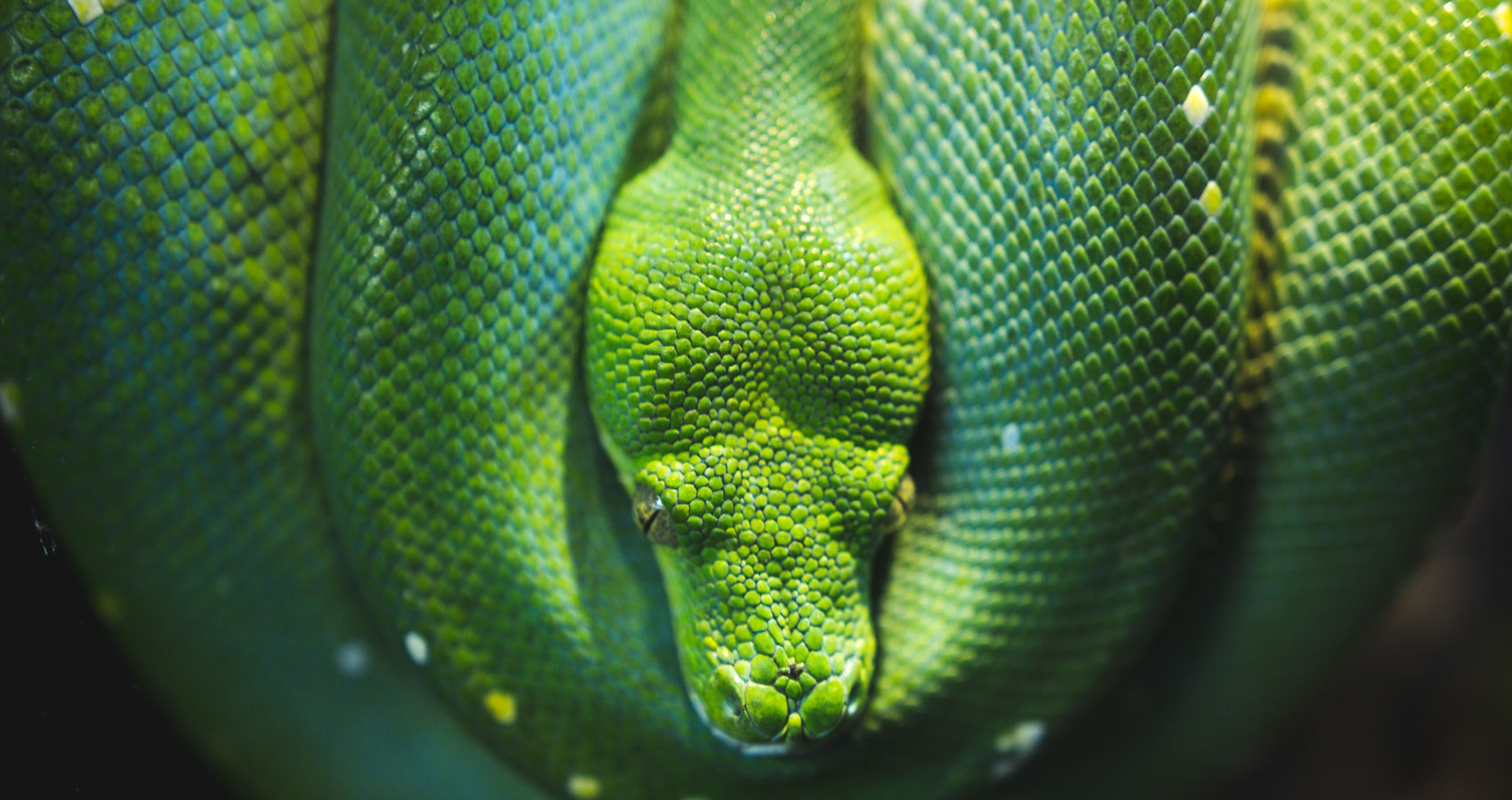 Suddenly a serpent slithers out from the computer and bites into one of Zibbles’ eyes, who screams, then the serpent’s tail plugs itself into the computer screen.

Zack appears in the corner of the computer screen.

“You need an eyewitness, right?”

Zibbles is in a trance, his eyes twitching crazily with sparks coming out.

Now on the computer screen, The Giant Eye is blinking and photographs of Demonia and Damiana on the horse, then Demonia walking toward the Chariot 3000 with wire cutters are appearing on the screen.

The printer begins to rumble and purple smoke curls up as photographs are printing of Demonia in the Chariot 3000 cutting the brake wires, then leaving on her horse.

As the serpent retracts its fangs and slithers back into the computer.

“I saw! I saw!” said Zibbles, reliving the memory of that night.

“I’ll take these to the detectives. Good work, Zibbles. Thank you, Papa!”

“I’ll be looking forward to justice being served, for a change,” Zack said as he faded from the screen.

Zolly looks at Zibbles with admiration then grabs his wings by his beak and stands in front of Zizadore.

“Do you want some sleeping potion?”

“No, we can’t waste a single minute!” said Zolly, bracing himself with his roughest, toughest face, gritting his beak.

“These are so much bigger than your body!”

Zolly looks at himself in the mirror.

“I look like an eagle! What a wingspan! Hurry, hurry, I can’t wait to fly.”

Zizadore sews in hyperspeed and is finally done.

“That should do it. Try them out.”

Zolly inhales deeply and gets a running start across the laboratory, then up, up, up, he flies into the air.

He flies around the room, hitting the walls, but remains in
flight. He finally lands with a crash into a wall of books.

Zibbles laughs as Zizadore hops over to him, helping him up.

“I planned that. Have to be prepared for crash landings,” said Zolly.

“Are you okay?” asked Zizadore.

“Of course. This is the best day ever! Now your turn.”

Zizadore is suddenly gripped with fear.

“You’ll be able to run with me. And dance with Albert, who smells like love,” said Zibbles.

Zizadore gathers her courage and touches the leg.

“Give me the thread and needle. I’m an excellent seamster.”

Zizadore hands Zolly the needle and thread and Zolly threads the needle with purple thread as Zizadore holds the leg up to her hip.

Zolly starts sewing in hyperspeed which still seemed to take a long time Zolly was done sewing. Zizadore looks down at her new leg.

“All done. Take it for a test walk,” said Zolly, proud of his work.

Zizadore puts weight on the new leg as she leans on Zolly’s new wings for balance.

She takes a first step.

The zunnies shift into a trampoline so she falls on them and bounces back upright. Then Zizadore loses her balance and falls down.

Zolly and Zibbles help her to her feet and she begins walking across the floor.

Zizadore looks up at the three clocks ticking away.

“This is so wonderful but how will I ever be able to learn how to dance with my new leg before the Halloween Dance? It’s in less than thirty-three hours?!”

The computer and printer light up and fireworks explode then a poof of purple smoke rises from the printer as Grandma Zizi rises out of the printer and stands before them, fixing her dress and hair.

“When a student is ready, the teacher appears.”

“You’re going to teach me how to dance again?”

“Of course. That’s what grandmas do. We never had a chance the first time around. Let’s get started. No time to waste.”

“Shouldn’t she learn how to walk first?” asked Zolly.

“Grandma, I remember my first eight years of ballet. I was hoping to learn more modern types of dance–”

“I have centuries of great dancers at my fingertips so we can learn anything you like. We should still stretch before we do anything else.”

They start with stretching exercises as music plays on the phonograph.

Hours later, the spell Zizadore cast on Demonia and Damiana has worn off.

Now in the castle hallway, a disheveled Damiana and Demonia walk into the storage room and see the open door to the secret laboratory.

They see Zizadore is sleeping on the floor. The rest of the room appears to be storage for the lab equipment.

Demonia smiles. She shuts the door. Locks it. Pushes the dresser against it.

“That’ll teach her. The Royal Police will be here shortly.”

“She’ll be in a dungeon by the time the Halloween Dance begins, Damiana added. “Let’s go watch ‘Talent Across The Galaxies’ and see if my band wins.”

“I’ll braid in all your extensive extensions so you’ll be the most beautiful princess in Zancerwell again.”

This publication is part 8 of 13 in the series Zizadore

Alive As The Virus Is Victorious