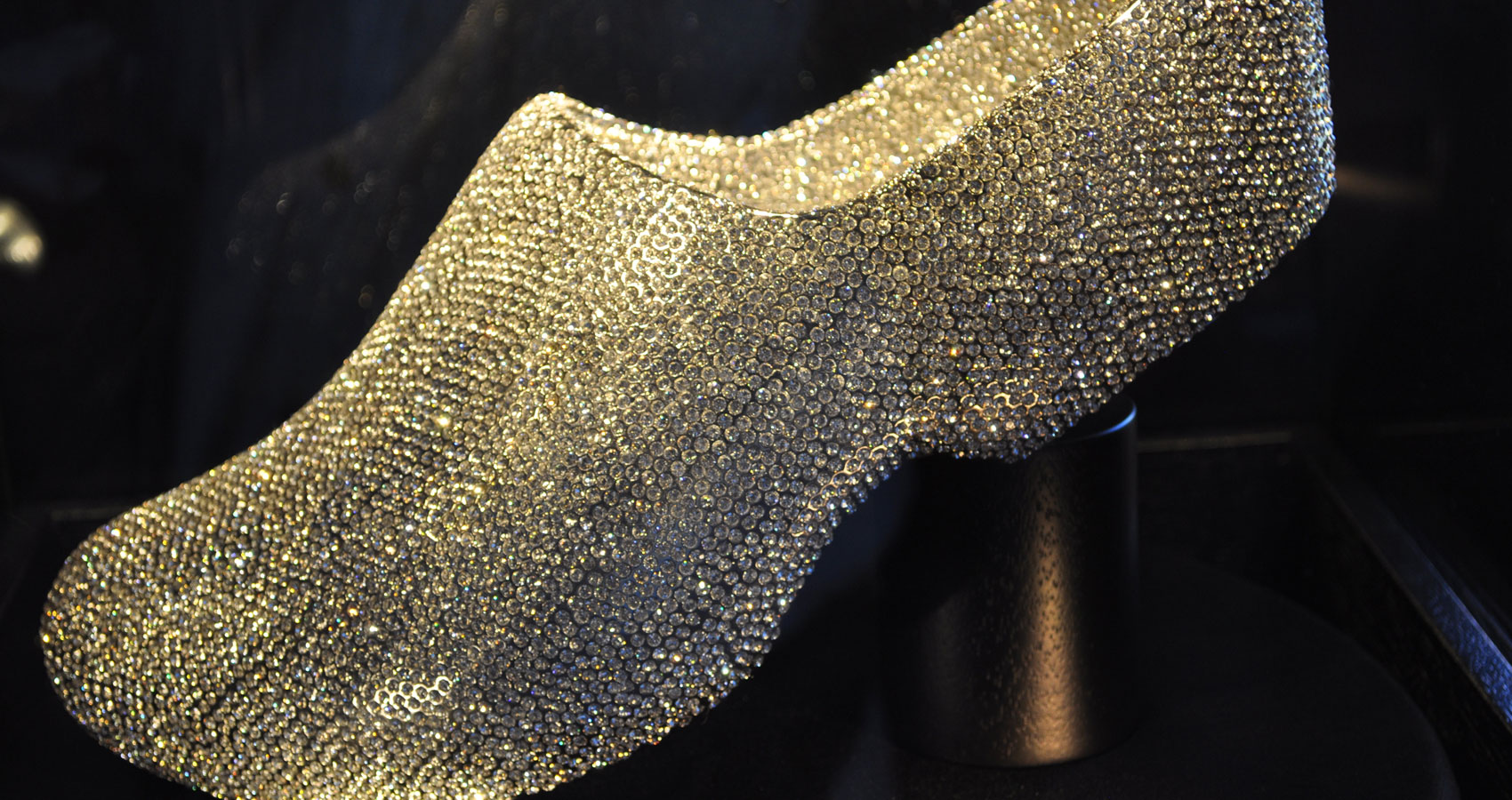 In the laboratory, a few minutes later, Zizadore wakes up, and looks around. Grandma Zizi is gone.

“Was it all a dream?” Zizadore asked herself.

Zolly and Zibbles rub their eyes.

“No, you and your grandma danced a whole day nonstop until you fell asleep from exhaustion,” said Zolly.

“She made us more biscuits!” exclaimed Zibbles, running to the stack of biscuits waiting in front of the printer, still warm.

Zizadore gets up, feeling sore but happy.

Zolly flies to the box of costumes and pecks through dresses and wigs, pulling a few out.

In a frenzy of activity in hyperspeed, Zolly and Zibbles dress Zizadore and place a long multi-colored wig on her head.

She looks in the mirror.

She smiles. Then looks down at her bare feet.

“But what about shoes?”

Zolly and Zibbles dig through the boxes.

“It’s all about the shoes!” said Zolly.

Zolly swats Zibbles with his wing, blowing him across the room.

“No fighting. We need to focus. All suggestions are appreciated.”

Zolly digs through the remaining boxes.

The computer and printer light up, then slowly and quite dramatically, the mouth of the printer opens and out pop the most beautiful dazzling diamond-studded shoes in the world.

Zizadore runs without even realizing it to the printer and takes them and puts them on.

Zizadore walks proudly to the center of the floor which is now an electrified dance floor.

The computer screen shows a mirror image of Zizadore on the dance floor and a red light is blinking “recording.”

Zizadore wistfully looks up at the skylight with the full moon shining down on her so she sparkles.

“I wish Albert was here to dance with me.”

As Zizadore continues, she doesn’t notice that Zack is in the corner of the computer screen using editing tools.

Meanwhile, in the royal living room, Damiana and Demonia are watching “Talent Across The Galaxies” while Demonia braids hair extensions into Damiana’s head.

On the zelevision, a hologram of the emcee is standing in front of a band that has just finished playing.

“Let’s hear it for ‘Martians Without Borders’– Be sure to vote right now.”

Damiana is voting with a remote control hooked up to the zelevision.

“I’m going to vote seven thousand times for them,” said Damiana. Any calls back from their people to perform at the Halloween Dance?”

“Not yet, dearest, I’m checking every other minute.”

“Did you say it was by request of the queen?”

In the secret laboratory, Zizadore sees the zunnies hopping up and down, signing with their ears.

“You want to be able to hear the music? Oh dear, I— Earmuffs! You could become earmuffs and hear with my eardrums, how about that?”

The zunnies become earmuffs and cover Zizadore’s ears. But they are too huge.

“No good, said Zolly. “What if some of you become a beautiful glittering
cloak and you can feel the vibrations when Zizadore sings?”

The zunnies nod and divide becoming a beautiful glittering cloak on Zizadore’s shoulders.

She grabs the photographs and looks around.

“We’ll take the photos to the detectives and then we can go to the dance. Demonia will be in prison by midnight.”

Suddenly on the computer screen, a stagehand holding a clipboard reaches his hand out of the computer, waving frantically at Zizadore.

“You’re on in five– Moonflower.”

“Don’t be nervous. Come along.”

The stagehand grabs Zizadore’s arm and pulls her into the computer, as Zolly and Zibbles grab onto Zizadore’s cloak and go in as well, disappearing.

In the royal living room, as Damiana and Demonia are watching the zelevision-
On the screen-
The emcee walks to another stage. She starts reading from a teleprompter but looks confused.

“Our next talented performer is Moonflower, performing her own song – “Dancing Across The Moon”-

Zizadore is standing there with her cloak which suddenly shifts shape into back-up dancers while Zolly plays an electric harp and Zibbles plays a keyboard.

Damiana and Demonia’s mouths drop as they watch Zizadore perform:

“Zizadore?! That little witch!” snorted Demonia. “And where are the police?!”

In Albert’s living room, he is watching Zizadore on TV but doesn’t recognize her.

Onstage, Zizadore is frozen, unable to speak, as she looks out through the glaringly bright lights.

In the audience, Zelda, Zack and Grandma Zizi are sitting in the front row cheering her on.

“Go on, this is your moment!” cheers Grandma Zizi.

Zizadore gathers her courage and takes a deep breath.

Zizadore begins performing “Dance Across The Moon” and her diamond-studded dance shoes know all the steps including leaping into the air and flying across the stage.

This publication is part 9 of 13 in the series Zizadore