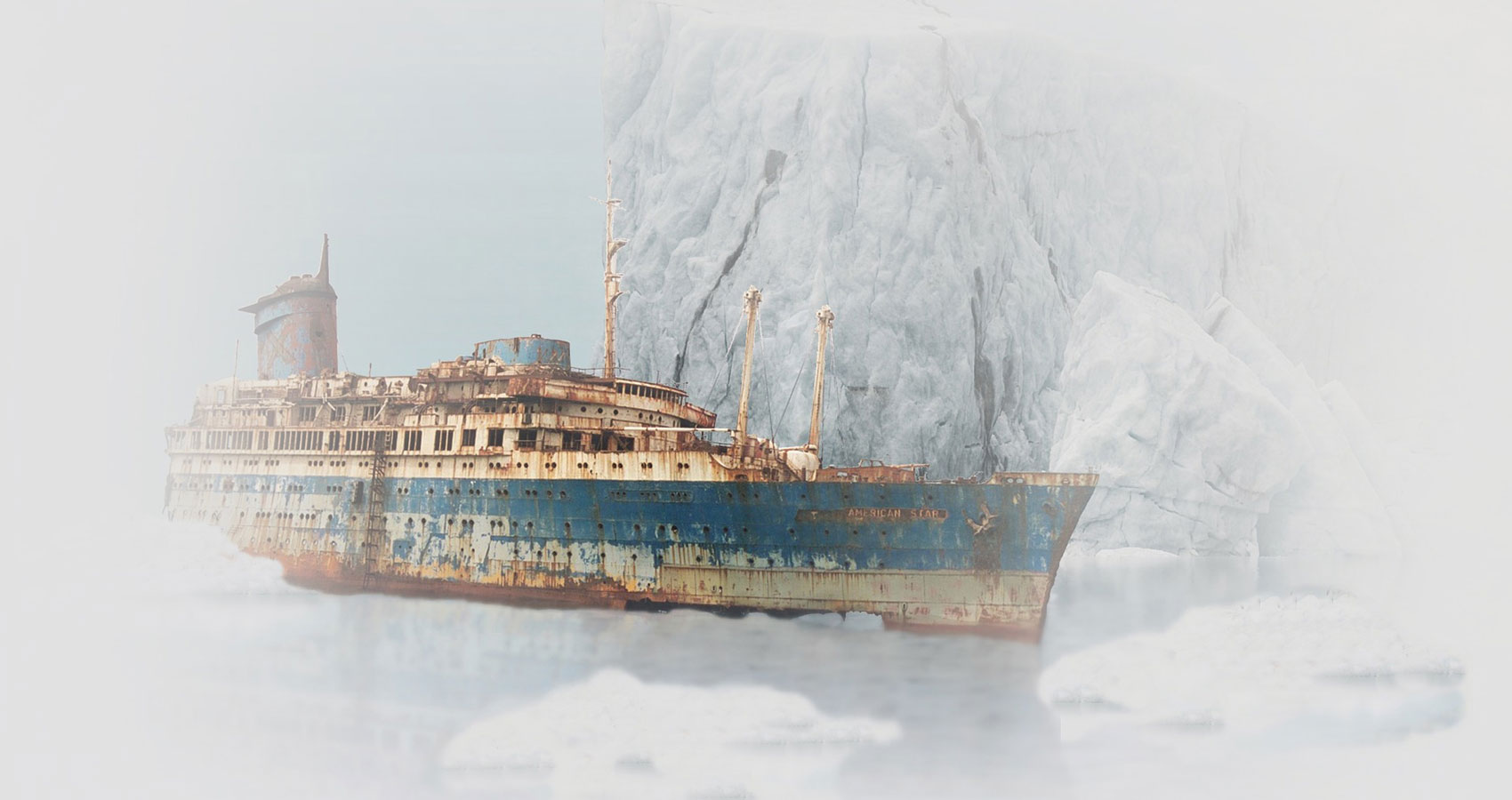 My ship with its holds
filled with hopes and aspirations
has just been hit by
an unannounced iceberg
of intolerance and fanaticism
that has left a gaping hole
on her starboard side
shearing off her screws
and paralysing her rudder.

The cruel sea doesn’t waste any time
and rushes in through all the openings
to fill up the lower decks menacingly
and as the level rises
I order Abandon Ship
and my crew rush to their
boat stations following the drill
they are used to
while my bosun stands steadfast
under the davits
in his drenched overcoat
and dripping boots
supervising lowering of the life boats.

Standing on the bridge
with my arms crossed over my chest
I look at the forecastle rising up steadily
as the stern dips
and try to wrench myself out of time’s ballast
far away from the uncertain shores
beyond the horizon
wondering how of late
the climate has changed
and the icebergs have
outnumbered the ships on high seas
and prepare myself
to say hello to Davy Jones
and enter his locker for good
along with my ship.