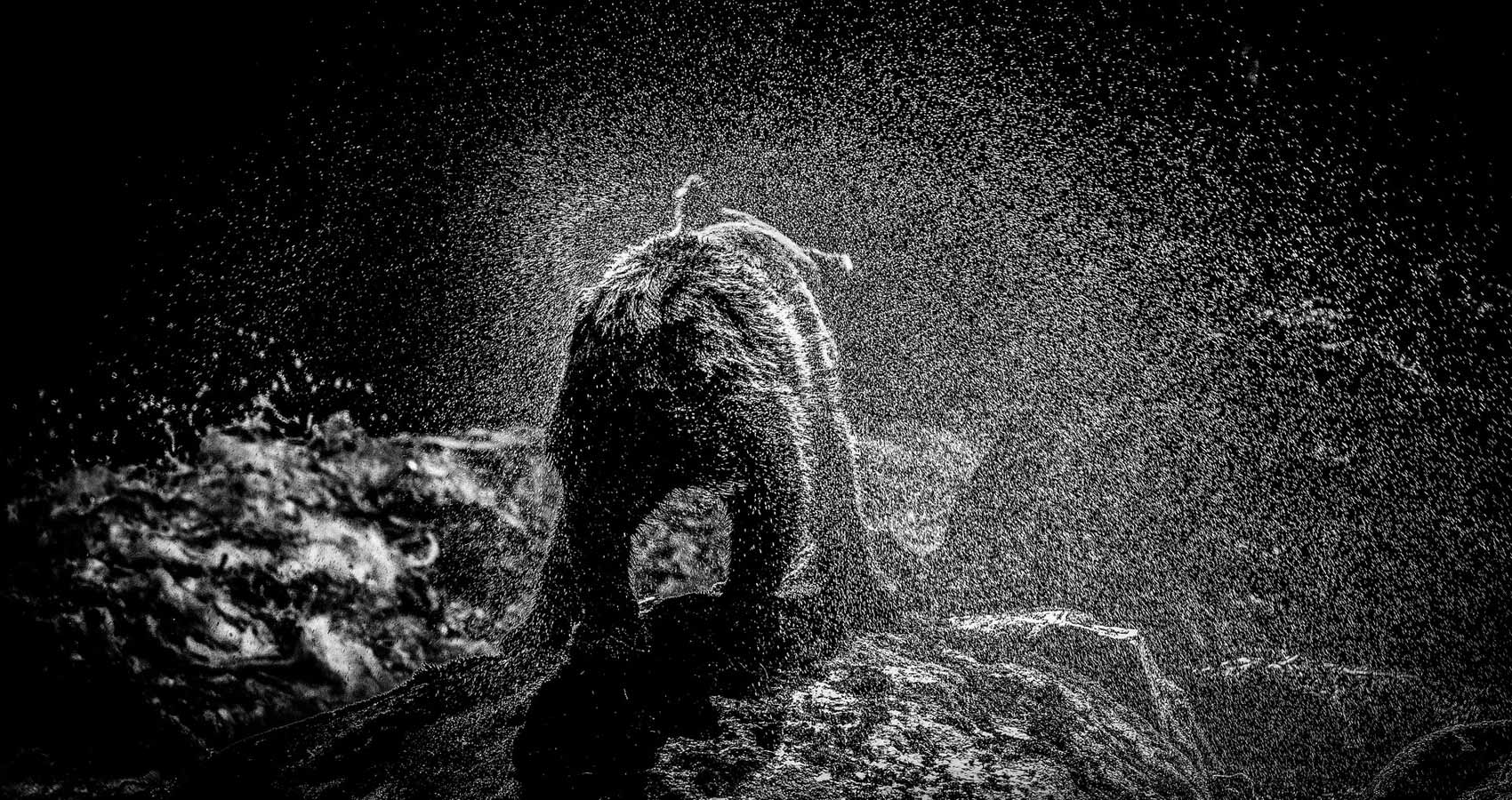 I did not see the foul archer
who drew the unconscionable bow, released
the singular intent that wounded this enormous
grizzly, tore a hole right through her intuition,
her instinct, her will to nurture cubs, then left
her to bleed out alone.

I enter to find her belaboring each raspy breath,
a bloody heap blocking the base of my stairs
so I can neither go up nor down.
I know this particular bear. She is most dangerous
when wounded and she has been wounded for centuries.
I know better than to go near her. I can no longer live here.

Wica ze cade waste: that Holy Man with a good heart
who doesn’t visit often enough kneels
to soothe this groaning Ursus.
Not a good idea I warn and turn
back to the work of packing.
I do not know where I am going. Greece,

perhaps. Somewhere ancient, near an open sea
where I can bask in sun, breathe salt air, polish
my ravaged heels in sand, listen to the wisdom of waves
washing in from oceans on the other side of the world.
I invite the good-hearted man to visit me there.
He extends his right hand toward the open gash

beneath the beast’s lower rib from where the ruby
stuff of life gushes forth like some gay fountain
or a geothermal pool spouting healing mineral
elixir into night’s crisp brittle air as though stretching
skyward to fill the big dipper; the kind of pool
this animal should have dragged herself to

a long time ago. She lifts her massive head, contorts her
ursine bulk, bares her perfect teeth, unsheathes her five-tined
claws, opens her throat and unleashes a tsunami that has traveled
lifetimes building inside her breast. Pinned to the wall by the blast
I am not surprised by its force.
I am no longer afraid.