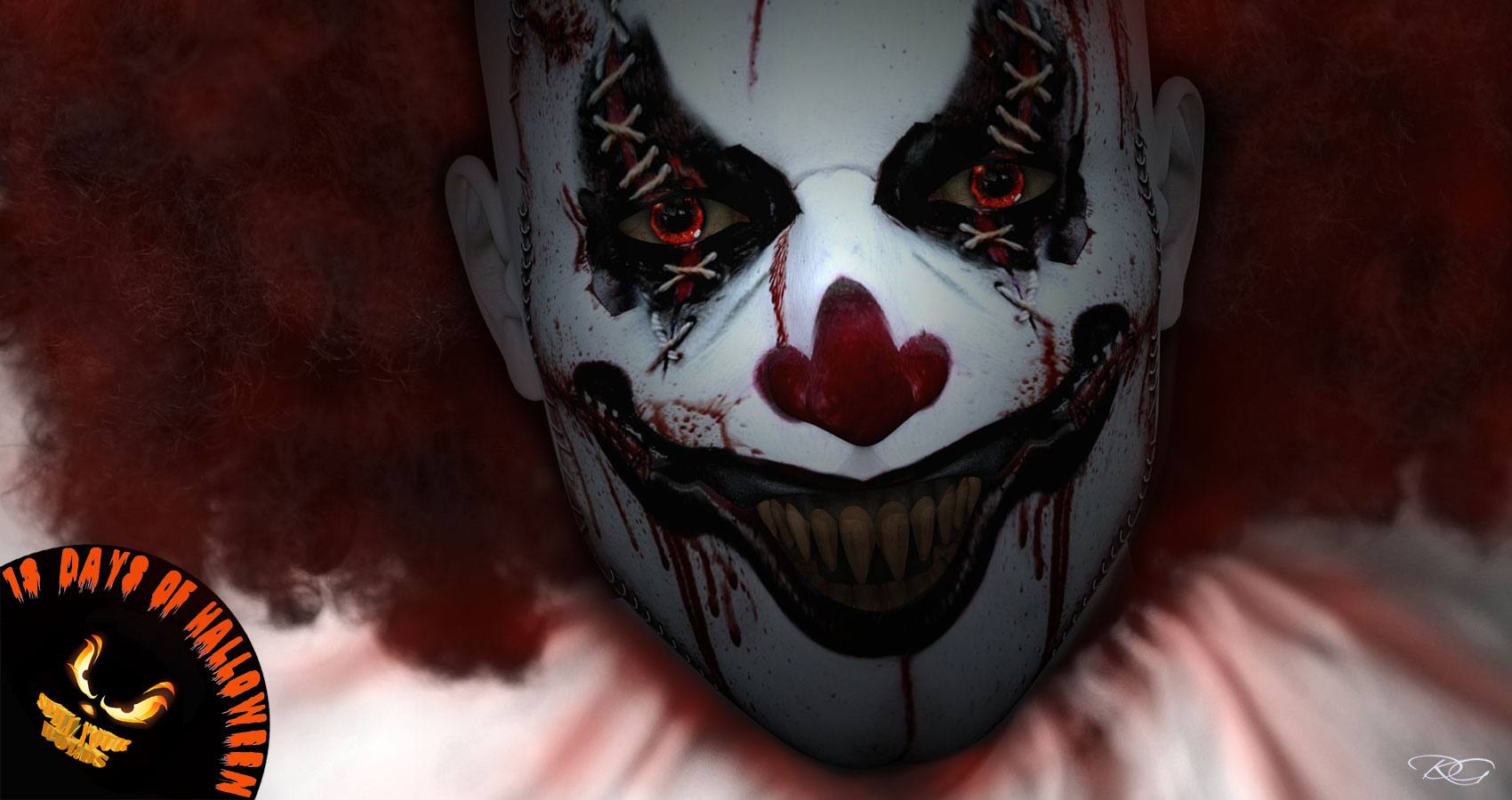 The Bullseye Lantern shook in Herman’s hand bouncing the illuminating amber beam of light. With the loss of power, the manor was dark, the only light was from the lantern and the flashes of lightning. Herman was the only one in the manor, he hoped. One by one the servants fled the house in hysterics claiming to have seen a clown. As more servants left the towering estate in the middle of the hills, the weather turned stormy before finally setting in as a soaking storm. Herman, being the groundskeeper, was the last of the servants to have remained in the house. The owners were on holiday since the weather became drearier this time of the year. Herman had chased out many who had wondered onto the property over his time of service at this manor but this would be the first time he was to find someone inside the manor itself let alone it being a clown! With a flash of light and a boom of thunder, Herman jumped at what he thought was a clown before him but turned out to be a portrait of a celebratory scene in Venice. With a sigh of relief, Herman turned from the painting and saw at the bottom of the stairs behind him, the clown.
At a quick glance in a flash of lightning it looked like a clown with a big red smile, white face with short red hair, red nose and a wide red collar but now with the glow of the lamp, the real form emerged. The man’s eyelids were missing; his nose looked to have been removed leaving a bloody crater of sinus. The red hair was where the flesh of his scalp should be. The big red smile, good god the smile, the skin of his cheeks and his lips were removed exposing gnarled porcelain teeth. The skin made white from the loss of blood over time while the red collar was a medieval looking spiked collar covered with the man’s blood. In the man’s hand was another spiked iron collar open and ready to be fastened around someone’s neck. Sticking from the “Clown’s” pockets were surgical blades that had tarnished with time. Herman could now understand the thing’s intention as it stood at the bottom of the stairs…he wanted to turn someone into a “Clown” too. As if it knew Herman’s next move, the thing dashed up the stairs with its arms reaching out with the spiked collar open as a howl came from its exposed mandibles.
Herman ran down the hall hearing the screaming behind him as well as coming from himself. The route Herman was taking would lead him to the scullery where he could go out the door that lead to the barn in the back; from there he could reach his shed and get his shotgun or even take one of the horses and flee. Either way, he felt he must not be caught by this maniac. Slamming through the kitchen doors, Herman stumbled dropping the lantern before scooping it up in his hand scalding himself in the process, looking behind he saw the thing stumble down the steps and into the kitchen before running on all fours with great speed. Herman reached the scullery and jammed a chair against the door to buy himself some time to unlock the door. With the thing banging at the door loosening the chair propped against the door, Herman came to the exit and saw bloody handprints and smears all over the door along with boards crudely nailed on the door preventing it from being opened. The door crashed in from behind, turning around Herman let out a shout before the spiked collar clamped around his neck, making him lose consciousness.
Herman awoke finding himself in a well-lit scullery, his face numb and a spiked collar in his hand. He saw surgical knives at his side and put them in his pocket as he stood. A maid entered the room.

The word count for this story it 666.