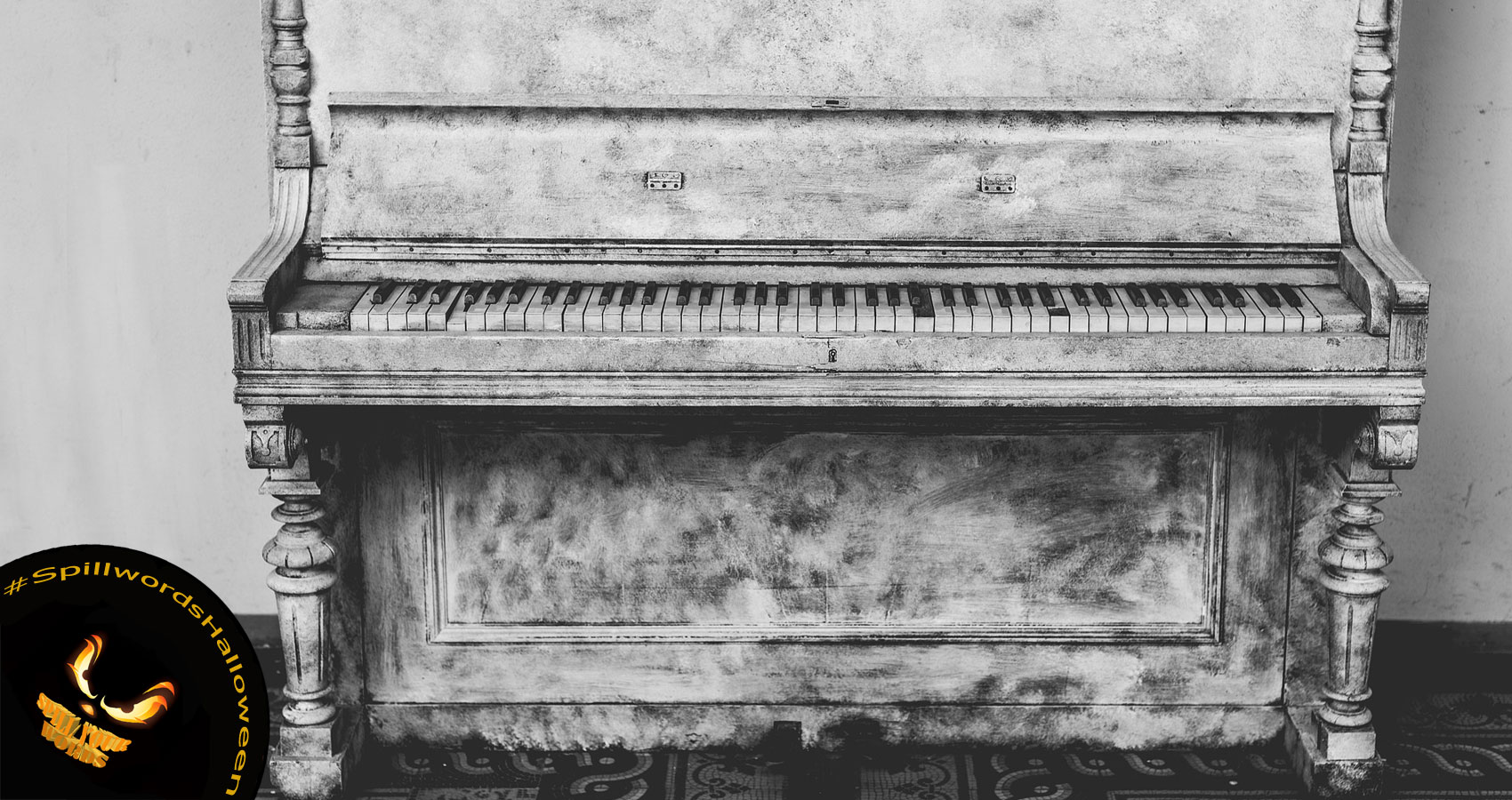 The Thing At The Piano

The Thing At The Piano

Up the moss-covered rocky hills where trees don’t grow but the ground rarely sees light. The top of the hill always seems to be enclosed in thick fog with a great house veiled in the midst of it. The house stood decaying due to years of neglect in the mist but still stands firmly no matter how hard the wind blows. The inside I’ve been told contradicts the outward appearance with everything in its place as if frozen in time but signs of the original owners are absent as they themselves have been missing for years. This dilapidated residence belonged to the Conklin family. Nebuchadnezzar Conklin, a researcher, and teacher of archaic occult practices, his wife Henrietta and their twins Janelle and Jules all vanished after reports that Nebuchadnezzar locked himself away in his library reading over aged manuscripts, translating them from unknown words to Akkadian and retranslating them to of all things, music notes.
The last time she was seen in the town below the fog covered hills; Henrietta Conklin said her husband would either be frantically flipping pages of books or scratching on paper while mumbling to himself or playing “malevolent” notes on the grand piano that was locked with him in the library. The musical notes made her body cold and made her doubt her sanity because whenever the notes were played she swore the color of the world fades. When asked why she left the twins in the house with such an evil composition, she would look on as if concerned for the ones asking questions and reply, “I don’t have children, I’m not even married.” The response haunts those who’ve heard it and those still investigating the family’s disappearance to this day. Were her nerves coming apart or has something touched her sanity?
Days later a frantic call came to the only friend the family had in town, it was Henrietta or they thought it was. They said Henrietta spoke in a “metronome” pattern, her words mixed with either gibberish or an unknown language. The friend said they could hear frantic slams on piano keys accompanied by an unfamiliar chorus of either brass or woodwind instruments. At one moment, Henrietta would stop in mid-sentence and start laughing hysterically before her voice was replaced by that of a child who continued the conversation where she left off. It was possibly one of the twins who according to the friend sounded more disturbing than her Mother. The friend could not describe what the child was like over the phone without sobbing uncontrollably but said it was nothing they’ve ever heard of and would rather die horribly than to hear it ever again.
After that call, the police arrived at the Conklin house and found it to be silent. The officers searched all over the property with no success before going into the house itself expecting to see a scene of gore and malice, the officers found none. In fact, they found absolutely nothing wrong in the house. The furniture was sitting properly in their places, the hardwood floors reflective like mirrors, doors open with no signs of recent violent use of force. It was not until the officers got to the library and were about to open the door, they heard a single deep note struck on the piano. There would be a two-second delay before the same note was hit again. As the officers opened the door they saw sitting at the piano a large humped thing in a tattered cloak, the only thing they saw was its large claw jabbing the piano key. The officers who saw it were later relived from their duties after it became apparent that their nerves were broken beyond repair. There’ve been others since then who dared enter the Conklin house to see the thing in the library and all have said they saw the same thing sitting at the piano. I’ve seen it too now, the Thing that resides in the Conklin house.

The word count of the story is 666