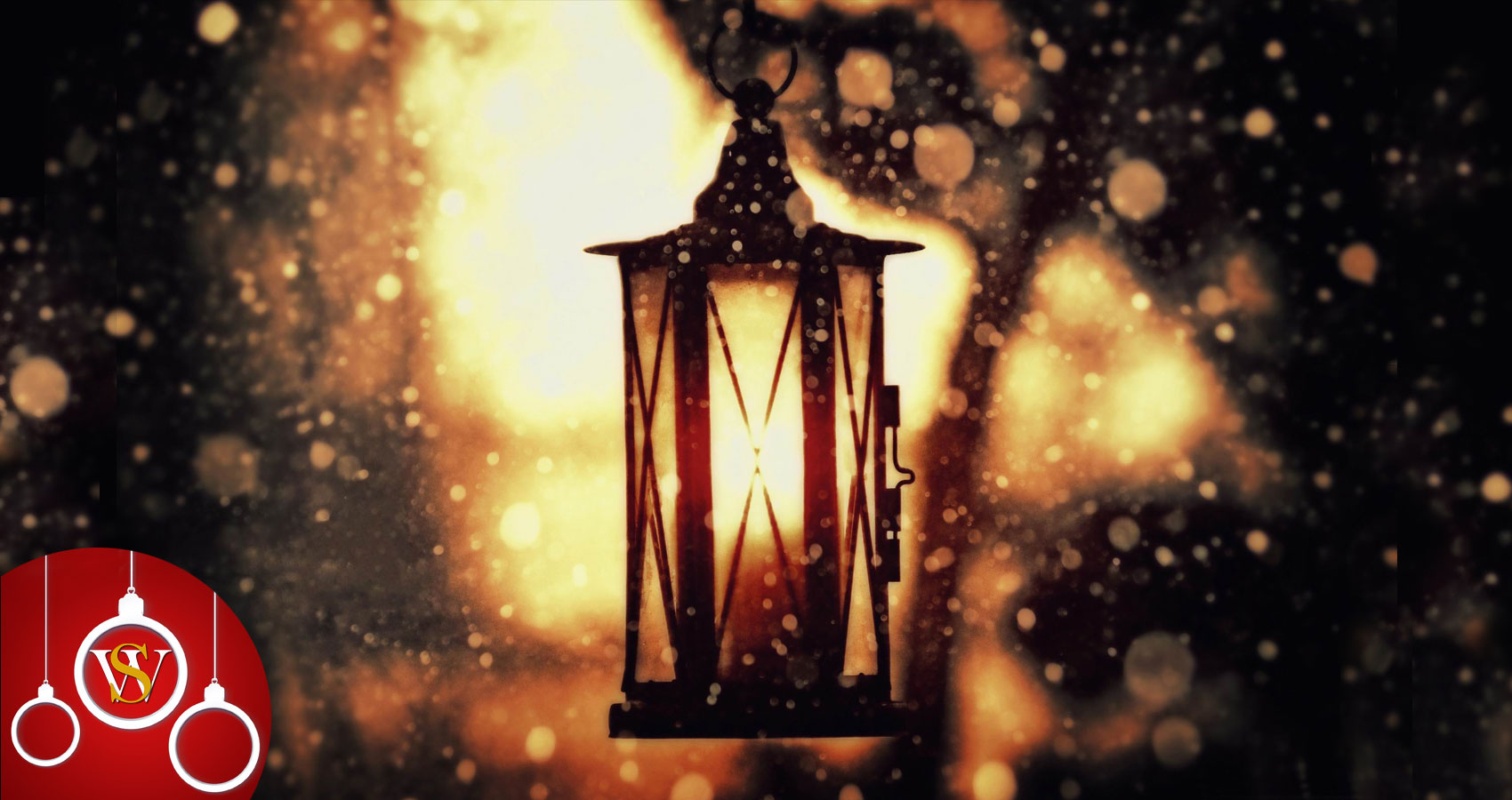 Do I remember? How could I forget what happened to me that Christmas night in 1844? The air was cold; there was no wind but a light whisper of a breeze that was enough to pass through you. The moon was out but it teased its glow from the passing clouds. There I was, just over the age of twenty and thinking I already knew everything, walking home from my Uncle Otto’s Christmas get-together. I stayed too late talking with him about our plans for hunting next year and lost track of time as members of the family slipped out to their horses and wagons.

Uncle Otto offered me lodging till morning but I already felt I’ve overstayed my welcome and I refused his offer to borrow a horse as I did not want to leave him without one in the event he needed it. So now I’m alone in the night wrapped in my coat with some Feuerzangenbowle in my stomach to keep me warm. My coat was heavy but this ghostly breeze passed through it as if I had nothing but holes in it. Pulling the collar of coat up higher on my neck and my scarf to my ears, I pressed on.

The night was silent except for my footsteps on the light dusting of snow we usually don’t get here. The silence made me uneasy, and since it’s Christmas, why not sing… Even now I can’t recall if it was out of fear or too much Feuerzangenbowle that made me start to sing “Stille Nacht” to myself. Bringing my hands from my pockets and to my mouth, my breath from the singing warming my hands as steam passed through my fingertips and I could smell the sweet spiced fragrance from the Feuerzangenbowle on my breath, I can still taste the caramelized sugar and cinnamon.

I’ve been walking for a while now, and as much as I enjoyed my nocturnal stroll, I just wanted to get home and into my warm bed. The visualization of my bed without me in it made my legs move more as I began to approach the covered bridge. As I approached I noticed a glow next to the entrance to the bridge and as I got closer I could see there was an oil lantern that appeared to me at first to be hanging by the opening but as I got nearer I could see that it was hanging by nothing!

The old oil lamp seemed to be floating by its handle that seemed to be held by an invisible force and upon closer inspection, it was floating a good couple of feet away from anything that could have provided support to hold it. At first, I stood still watching the warm glow of the lamp, fearful as to the cause of this floating lamp was soon replaced with wonder and fascination. What am I witnessing? A Christmas miracle, a well-done parlor trick, or alcohol intoxication that snuck upon my senses?

Whatever the reason, my sense of caution was now absent and I approached the light and attempted to take the handle of the lamp. As my fingers were about to touch the handle, the lamp glided away in a smooth motion away from me before standing still once more. Again I tried to touch the lamp only to have it come at me in a defensive shift forcing me to retreat back a few steps and my hands up as if I was surrendering to an annoyed horse as I calmly reassured the lamp I meant no harm.

Normally I would think if anyone was trying to reason with a floating oil lamp would sound silly, but this was truly an extraordinary phenomenon so nothing is ridiculous! I walked sideways to the bridge and to my surprise, the lamp seemed to follow like a curious puppy or kitten. As I walked sideways watching the lamp, it slowly moved more ahead of me as if it wanted to lead.

As the lamp slowly hovered along lighting up the inside of the bridge, it lowered showing me a small hole that was in the wood, the hole was not big enough to be any trouble but could startle someone if their foot got caught in it. I thanked my illuminated guide and continued on my stroll following the warm flame. On the other side of the bridge the lantern rose to cast its amber glow on the ground, I walked keeping pace with the lantern as it floated along the road that leads in the direction of my home.

Though the lantern light was warm in color, the air was stilling biting cold. With my hands tucked in my pockets and my scarf around my ears, I walked on. You’ll probably ask why I was not troubled by my new companion after such a short and sudden introduction…well…after all this time I still don’t know why I accepted its company, was I under a hex or was it that something so beautifully different broke me away from the grey norm?

The clouds broke and more moonlight soaked the scenery in a pale glow causing shadows of trees to stretch across dusted fields that shimmered in the moonlight. The lamp gave off a shadow but to my surprise, it was not the only shadow it made. I saw the shadow of the lamp being held by the shadow of an invisible person! I stopped in my tracks and watched the shadow stop walking bringing the lantern to a halt. The head of the shadow person indicated that it was looking back at me as if to see why I stopped.

The shadow motioned with its free hand for me to keep up with it. I continued to stand still, the feeling of awe and curious bliss was replaced with fear. The idea of a floating lamp did not scare me but now knowing that an invisible hand was wielding it did. I continued to stare at the shadow who kept motioning me to follow but apprehension kept my feet cemented in place. The shadow continued to motion before both arms fell to its side, bringing the lamp down as well. We stood there motionless, the shadow and I before the shadow shrugged and turned towards the woods which were on the left side of the road.

The shadow began to walk into the woods with the lantern leading the way, leaving me standing on the road watching the glow of light weaving through the trees before vanishing within the dense forest. I stood for a moment before breaking my feet free from fear and began to sprint onwards home. Now that I was running, my arrival back home came sooner, maybe the fear I felt fueled my legs giving me the speed of a horse!

I don’t remember what I did after I got home but I know that I remember trying to recall my encounter with family and friends days after it happened only to be mocked and told to not have so much Feuerzangenbowle or not to stay up so late at night. Since that night, years actually, I would make sure I would be home before dark on Christmas day and no longer overstay my welcome with Uncle Otto when he hosts our family get-togethers at his home.

As time passed I gave no thought to that night even though my mind wanders back to that covered bridge that night with the lantern floating there from time to time. Even after starting a family of my own and growing older but none the less wise I would not talk about that night. All that changed after last year when my middle son Klaus came home late on Christmas Eve and told my wife and I his encounter with a shadow carrying a lantern near the old covered bridge.

Ghost stories were traditionally told on Christmas Eve during the Victorian era.

Feuerzangenbowle is a traditional German alcoholic drink where a rum-soaked sugarloaf is set on fire and drips into mulled wine. It’s drunk during the winter usually around Christmas or New Years.