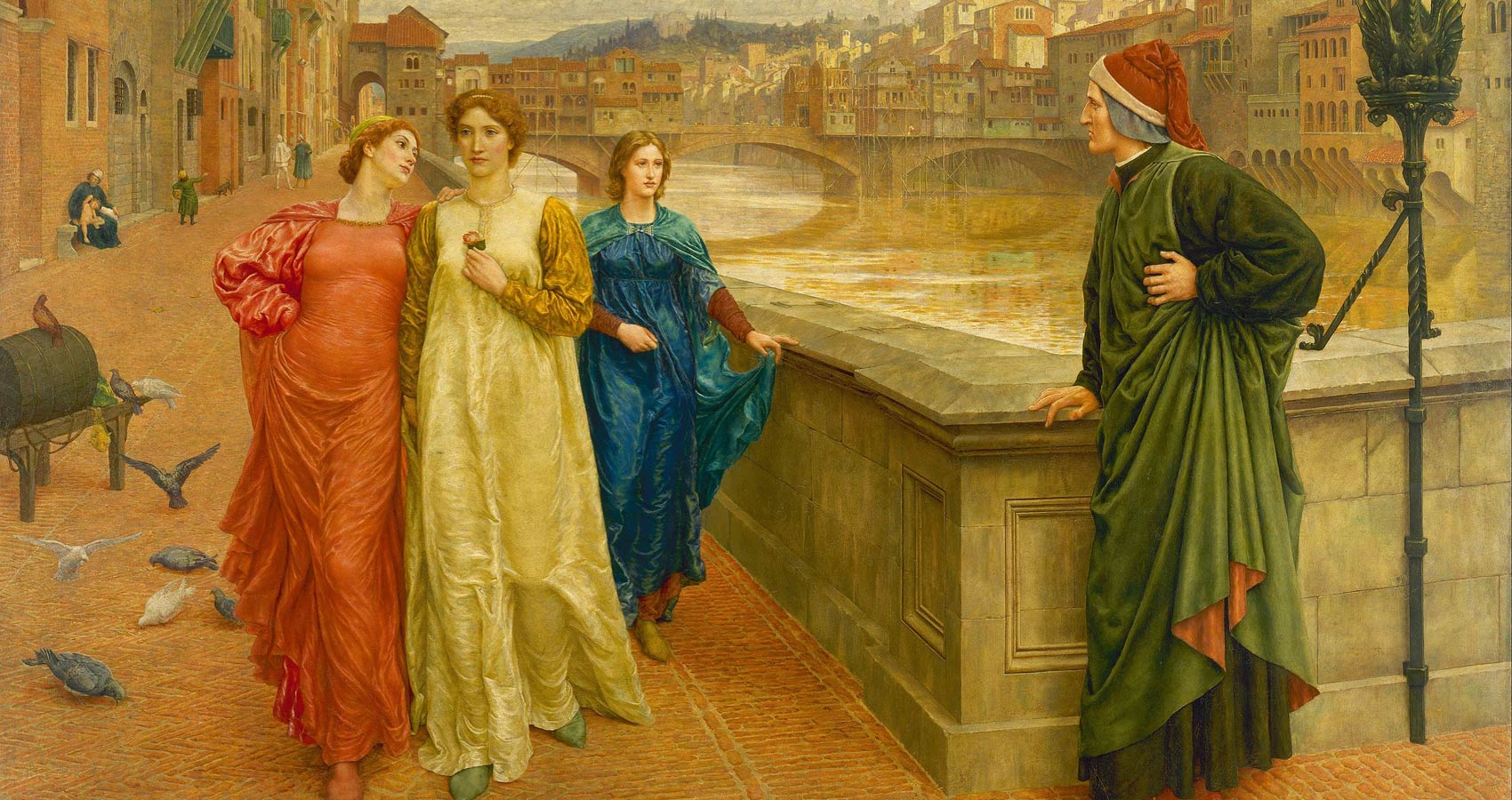 ‘L’ámor che move il sole e l’ áltre stelle.’
Love which moves the sun and other stars.
The appearance of Dante Alighieri’s famous verse on my Facebook private messenger is unusual, but what stuns me are the lines that follow.
‘Are you the same Selina I met on the beach in Milano Marrittima? The summer of ‘86? I hope so. If you are, then it’s me. Daniele.’
And just like that, it all comes rushing back.

‘Ciao. Bella.’
I am fourteen, and a foreigner in Italy but these two words of its melodic language I understand well. Hey. Beautiful. I’m lying face-down on the beach, the royal blue Adriatic spread like carpet beyond me, and now I flip over, squinting against the blazing noon sun. I see the outline of a lanky boy standing over me, a handsome face smiling, a mass of brown curls dancing. The boy jerks his head towards the sea, making circular motions with his arms. Do I want to swim?
We are inseparable for the next five days. Through bits of broken English (his) and exaggerated physical gestures (mine), I learn that Daniele is sixteen, goes to high school in nearby Bologna, worships football striker Gianluca Vialli, loves shrimp pasta cooked by his Mama and aspires to be a marine biologist. I explain that I am a product of a German mother and Indian father, that we live in New Delhi, and that my Granny Oma, ten-year-old sister Alissa and I, arrived yesterday in the charming northern province of Emilia Romagna after driving eleven hours from Munich on the autobahn.
The next afternoon, Daniele and I eat strawberry gelato on the boardwalk, our elbows knocking as we walk side by side. He asks if I have a boyfriend, and when I shake my head, he takes my free hand possessively. Daniele describes seeing me for the first time as being struck by a thunderbolt, the sensation the poet Dante – whose work Daniele is studying in his Italian Lit class – had when his gaze first fell upon raven-haired Beatrice six centuries ago on the streets of Florence. Daniele calls me his exotic tigress from the jungles of India. I forget my awkward posture, my sun-burnt skin. I revel in Daniele’s praise and believe that I am desirable.
Daniele’s plump jolly Mama laughs at our cute infatuation. Oma tells me to be wary of Italian boys, who are charming in ways that cannot be trusted.
On our last night, Daniele and I meet at the gate to the beach. We sit in a secluded rocky cove and look up at a black velvet sky punctuated with drops of gold. ‘L’ámor che move il sole e l’ áltre stelle,’ Daniele murmurs, and we kiss to the sound of gently breaking waves. He asks if I know how to have sex and when I say no, not really, he nods seriously and says, good girl.
Close to dawn, as he clumsily hooks up my bra, I stuff in the little triangular note he gives me. On it, in spidery letters, is the name Dante; below, a phone number. For years to come, I will wonder whether the note slips out right there, into the dark sand, or whether, some hours later, it flutters out the open rear window of Oma’s Opel as we cross the Italian border and speed towards Innsbruck, then Bavaria.
I don’t know Daniele’s last name.
After two heartbroken weeks, I return to India and start the new school year.

Three decades later, on a chilly December night in 2017, I stare at a screen profile picture. Daniele Griselli is a lean, attractive man in his late forties standing next to an open-top Mazda on a cobble-stoned street. In place of his halo of brunette curls is a stylish silver crew cut, but the smile is familiar.
Daniele calls on my cell phone and we plunge into easy conversation as if we’ve never been apart. Small talk first. Oceans are beautiful; Donald Trump is catastrophic. I practice the rigorous method of ashtanga yoga; Daniele worships Buddhist philosophy. We agree that the universe – just like the timing of our reconnection in it – is a miracle.
His English is perfect. Daniele laughs, explaining that this comes with being a trade lawyer at the European Commission in Brussels. He is also divorced (‘a huge relief’), has two sons (‘Guido and Marco, both crazy and adorable’), and lost his Mama recently to intestinal cancer (‘it was brutal’).
I recap my own life as a freelance journalist and screenwriter, casually mentioning my filmmaker partner in Mumbai and my current sabbatical at my parents’ home in the capital city. I add, self-deprecatingly, that I’m trying to write my first novel. I brace for the inevitable sarcastic comment, but Daniele says he’s always known I’d grow up to be an artist.
As serendipity would have it, Daniele and his boys will be spending this Christmas at the Kaziranga Wildlife Sanctuary in the north-eastern Indian state of Assam. They booked months ago; Daniele is already packing and the boys are excited about seeing live tigers and tigresses. We decide to meet in Delhi on their way back to Europe, which is just a day before I return to Mumbai.
Daniele mentions that he was in India on business a decade ago and was dazzled by the Taj Mahal. ‘I fantasized about running into you,’ he says, as if this is a perfectly sane expectation to have in a country of a million square miles and almost two billion people. ‘Si, it’s insane,’ he chuckles. ‘But destiny has its way of working, no?’

Destiny also has a way of screwing up. During Daniele’s Brussels-Delhi layover in Moscow, Aeroflot misplaces his luggage. As the Grisellis fly into the Indian capital and on to Assam, their three suitcases go on a roundtrip of their own. Over days of frantic phone calls between me, Daniele, Aeroflot Moscow and International Baggage Claim, in what can only be called a spectacular comedy of errors, the bags travel into India but are sent to Gaya, Bihar instead of to Guwahati, Assam, and then back to Delhi, where I wait at the airport to collect them, my nerves as frazzled as the family holdalls.
Meanwhile, Daniele survives a fortnight at the Kaziranga National Park with two cranky pre-teens. Guido gets the runs, then Marco. The local store doesn’t stock their sizes of underwear, wifi is dodgy, tigers (and tigresses) prove elusive. I try to lighten the mood on the phone, making a joke about the bags’ brief journey to Gaya, the blessed birthplace of the Buddha. Daniele sighs and thanks me for being his guardian angel.

Winter fog disrupts all national air travel in early January, so Daniele and I end up spending less than two hours together in Delhi before his flight back to Europe. We sip espresso on my patio, my family home fortuitously close to the international airport. The kids, who’ve been glued to their I-Phone video games all evening, now nap indoors. Daniele looks over at twelve-year-old Guido, musing that the boy will soon be the age Daniele was when we first met. How time flies.
When I light a much-needed Gold Flake, Daniele good-naturedly lectures me on the health risks of smoking. Besides, India is polluted enough, no? He adds that he’s glad the boys got to rough it in a Third World country. I want to say that a luxury safari is hardly slumming it, but just then Daniele spontaneously touches my short hair, and says I look good even though he remembers me as a long-locked Beatrice.
Daniele turns his gaze away then, and says he is dating an Italian woman named, ironically, Bea. She was a support to him after the tough split from his ‘hysterical’ Dutch ex, all through the vicious fight for joint custody of the kids, and during his mother’s rage at him in her dying months. Daniele admires Bea’s stability, even more, her lack of romantic expectation. He’s done with the drama of passion, the promised bliss of eternal commitment.
We are silent, and I grasp for ways to make conversation. Daniele doesn’t remember wanting to be a marine biologist, and when I ask about which striker he follows now, he says he hardly gets time to watch football. Besides, the European League players are so overpaid, it’s vulgar.
Daniele smiles, shrugging casually in his appealing Mediterranean way. Life is alright, one has to be practical, and sometimes, one just has to settle. I nod, even though I don’t understand how love can be a compromise. Love which moves the sun and other stars.

Two months later, I’m walking with my partner Anil along Mumbai’s Versova beach. The Arabian sea is flecked with gray, and a crowd of boys have gathered to play cricket on the sand. Anil asks how it went, my ‘date’ with my old friend Daniele. I’m not sure, I say, we haven’t been in touch since. On our apartment’s little bookshelf is Daniele’s parting gift to me, a reprint of Dante’s Divine Comedy, in which he has written in spidery scrawl on the first page: To the original Beatrice, writer, and muse, stay the way you are.
It makes me sad, this recent collision with reality, the feeling that it might have been better not to have had it at all.

In September, my father dies in his sleep. For months after, I suffer crippling grief, insomnia and writer’s block. Daniele, who reads my obituary post on Facebook, sends a touching message of condolence. He cares more than some of my closest friends do, and asks, week after week, how I am doing, and when I plan to start writing. When he twists his ankle skiing, I advise turmeric in hot water as a remedy for pain. Then, when a new decade begins and a virus shuts down the world, our WhatsApp communication is what stays constant and dependable.
We urge each other to stay safe. We make vague plans to meet again – maybe in Goa, where the beaches are pretty, maybe in Berlin next summer – but we mean it, maybe because we remind each other of who we once were, the best versions of ourselves.
Perhaps this is what bonds us in inexplicable empathy; this and our shared understanding of Dante’s Inferno and Paradiso, the hell and heaven that is the Divine Comedy of life, and our own impermanence in it.