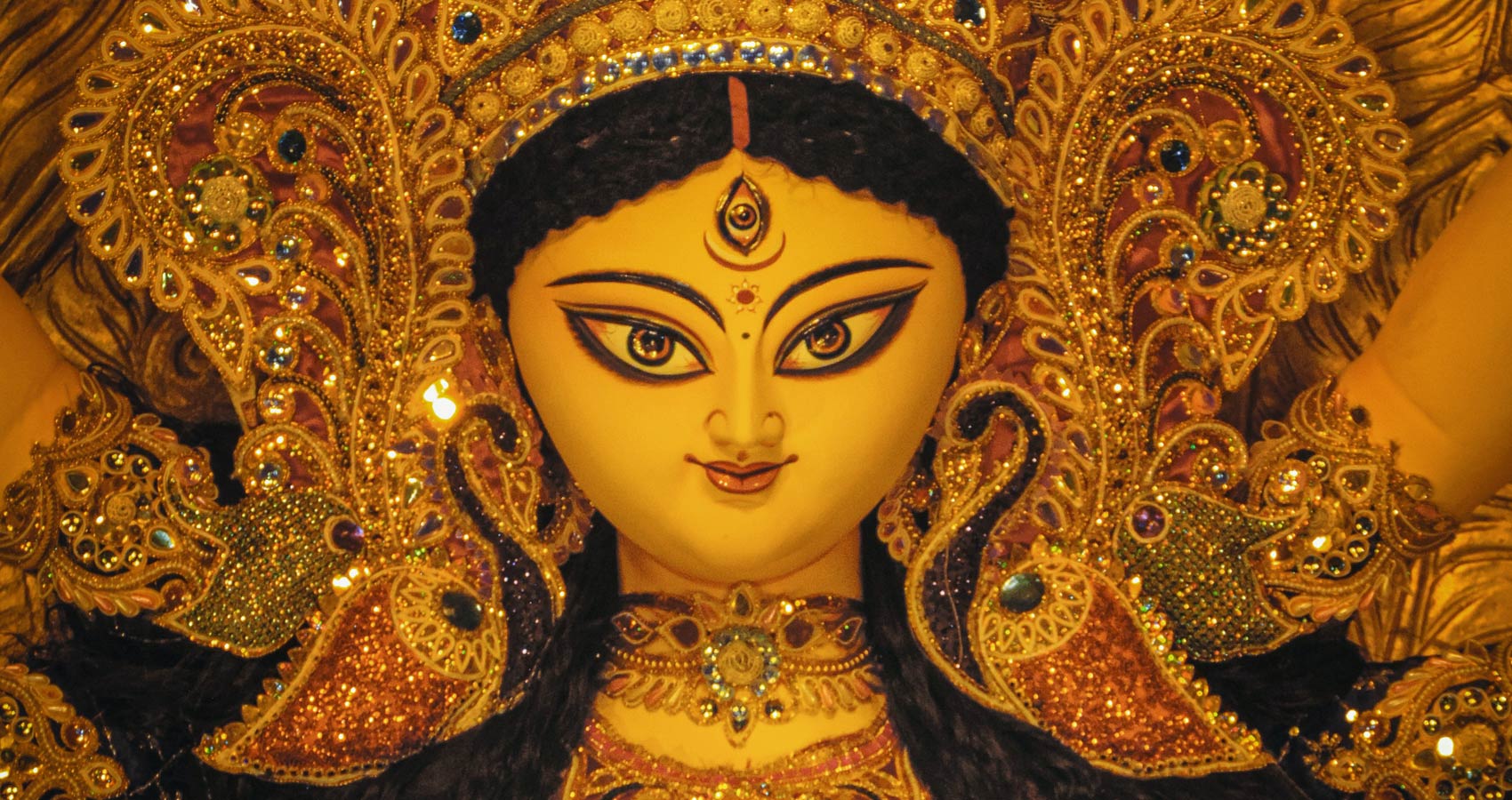 An independent warrior goddess created by the gods,
she could wrest their weapons and relegate them to the margins.
She fought a solo fight against the demon buffalo,
with flying mane, slaying it in a splattering of blood and gore.
She raised her own army of fierce women warriors
who loved a good fight when they saw one coming.
With time, she was morphed into a unitive goddess,
fit to be worshipped during a community festival
that celebrated the arrival of new crops.
As Shakti, she retained her independence, and her devotees – Saktas,
worshipping her as the primordial principle of the universe.
As Siva’s consort, she was not just loyal and virtuous
but the inalienable power of the potent god she partnered with.
United but independent, fiercely active yet controlled.
Standing not just for womanhood
but for the principle of femininity in all.
Standing not only as a feminist but as a potential destroyer of
the vexed divisions in gender relations, the gross imbalances.
The unitive power that combines and balances,
with hope, with hope, with hope
the male and female
the female and male
in all.

Neera Kashyap has had a career in environmental & health journalism and communication. She has authored a book of short stories for young adults, Daring to Dream, (Rupa & Co.) and contributed to five prize-winning anthologies of children’s literature (Children’s Book Trust). As a writer of short fiction, poetry, essays and book reviews, her work has appeared in several international literary journals and poetry anthologies. Her short fiction has appeared in Setu Mag (USA), Papercuts (Pakistan), Kitaab (Singapore), Mad in Asia Pacific (Asia-Pacific), RIC Journal (Indo-French) and in leading Indian journals such as The Indian Quarterly, Out of Print Magazine & Blog, Guftugu & Teesta Journal. She lives in Delhi, India.