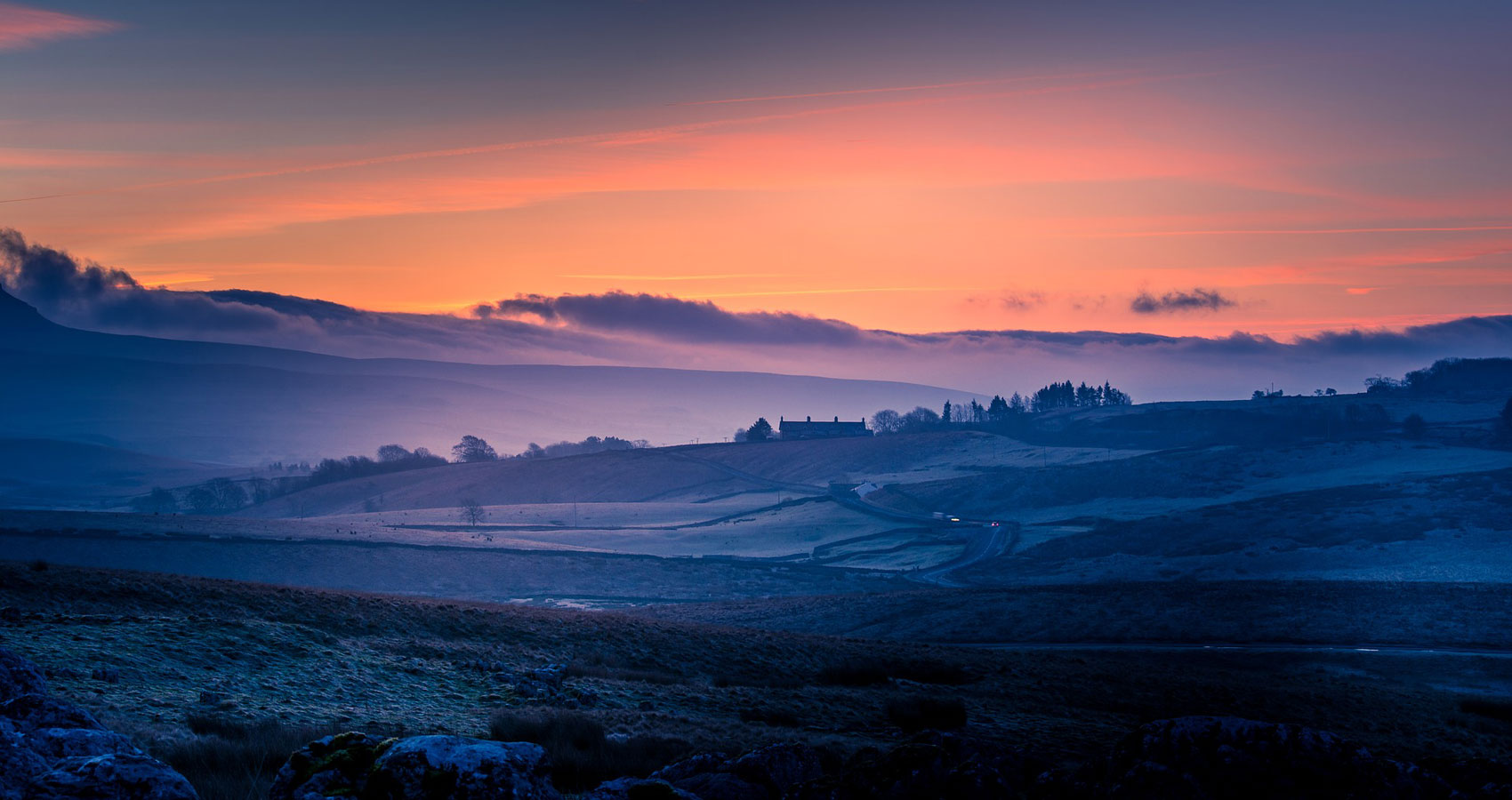 My father abducted me from my mother as a small baby. I knew nothing about her until her family found me a couple of years after she died when I was middle-aged. They saved my soul for I’d always felt lost. I wrote this account of my mother’s family ‘roots’ by gleaming information from one of my newly found cousins who as well as being kind-hearted was also a wealth of information.

There’s the Brookbank family, they live in Barnsley, a market town located in the midst of the Yorkshire coal-fields, (which today have all long since been closed down.) The husband Clyde runs two newsagents (Between the years 1909 and 1929.) In England one associates Barnsley with grime and men in cloth-caps, but in reality, it is one of the friendliest places you can find. The people are warm and everyone speaks to you. The town is surrounded by open fields in every direction. To the west is the peak district (The Pennines) and a more spectacular place would be hard to find.
Look at the way the couple manages their lives, one of the newspaper shops is run from the front room of the family’s terraced house, while the other one is nearby at Hoyle Mill. Clyde also works at the bobbin-mill, while his wife, Agnes keeps house and looks after the shops during the day. The three eldest children must also help out. Each morning they arise at first light in order to collect the newspapers from the train station. Upon returning to the shop they quickly sort out the papers before rushing out again to deliver them, all this before going to school. See how one morning the three children are caught in an awful rainstorm. The rain causes the red dye to run down from the eldest sister’s coat and to stain her hands red. When she turns up at school with red dye on her hands, the poor dear ‘gets the cane’ as a punishment! Despite all the hard work and harsh attitude towards children they still always enjoy delivering newspapers. You’ll notice how the task brings them to all the local factories, glassworks, velvet shop and businesses and how they are very popular with the management and workers. Thus their education exceeds that of most children in their classes; for as well as managing to read the newspapers they deliver, they also gather knowledge about the industry of the day.
Clyde is very intelligent, see how he mends clocks and watches and people bring their dogs to him if they are ill and he also knows how ‘to doctor’ dogs. Agnes is a kind, gentle woman. See how she is always willing to share what little she has with others. She gives birth nearly every year; however, quite a few of her babies are stillborn. Tragically on the day, she gives birth to her eighth child, a baby boy, her husband Clyde is carried home from the bobbin mill. He has been afflicted with a disease, which has attacked his motor system and thereby paralyzes him. Henceforth he is confined to a wheelchair and over time he becomes increasingly paralyzed and bad-tempered. His crankiness and irritability courses one of the couple’s boys to leave home at the early age of fourteen, and to go to work in the market as a cobbler. Despite Clyde’s awful debilitating illness, Agnes gives birth to another child two years later- a baby girl and four years after that, she gives birth to yet another baby girl. Eight years after Clyde had been carried home, his body finally gives up its struggle, and he dies at the early age of forty-nine! Nine weeks later, Agnes, his wife follows him to the grave at just forty-six years old. Her death certificate states pneumonia as the cause of her death. She has been worn down by multiple pregnancies and stress. As you can imagine it is an awful catastrophe, especially since the couple has passed away leaving behind them eleven orphaned children. The only small comfort is that the two eldest sisters have by this time already married and are raising children of their own. Also as I mentioned earlier, one of the boys has already left home.
The eldest boy, Walter, at age twenty-six is still living at home when both his parents die. Therefore, it is he who is appointed the legal guardian of the younger children. Look at the way in which he takes this task upon himself so that his siblings won’t be put into a ‘workhouse’. In order to help the family, an unmarried Aunt Mabel who lives in York fosters the second to youngest girls. Although the Brookbank’s family’s home circumstances were very dire, almost destitute, they do benefit from the love and support of each other.
In the same year that the children lose their parents, another terrible disaster falls upon the family. One of the children, a lovely boy of twelve goes fishing in the canal together with a brother. He accidentally falls into the canal, is caught in the lock gates and drowns. The following year, Walter marries his younger sister’s best friend on the same day as his sister herself is married. They celebrate ‘a double wedding’. Walter’s wife and his married sisters then help him raise the remaining four younger children.

Listen to my mother Mae’s Story

‘When both my parents sadly pass away, I am the child who Aunt Mable, my mother’s sister chooses to raise. In York, she is in charge of running a boarding house. Thus it is my fate at the age of six to be separated from my siblings and to spend the next twelve years of my life in her care. Aunt Mable’s only appealing feature is her flaxen, blond hair. She is a hefty, puritan and religious woman. As the years pass by, the memories I have of my mother fade; although I do remember her as a pretty woman with large blue eyes. I also recall one occasion when she is wearing a white apron and places bread into the oven, but sadly that is about all. I am not very happy living with my Aunt Mabel in the boarding-house, despite possessing financial privileges which my other siblings’ lack. She brings me up in a very strict, controlling manner and often makes me help with the household chores. I grow to resent all her restrictions. I finally manage to escape from her, when while still in my teen’s the ‘Second World War’ breaks out and I am conscripted to do military service. I say ‘good-bye’ to Yorkshire and travel up to London. I am enlisted into the Air Force as a secretary in their Special Operation Executive unit. A new stage of my life begins.
I meet my future husband in a railway NAAFI. Three months after we have been courting I accidentally become pregnant. We hastily marry and I am relieved from the Air Force due to my pregnancy. Almost immediately after our wedding, in the late spring of 1944, my husband’s unit is alerted to active duty overseas. Two long years of separation will creep over the horizon before we are able to meet again. When my husband finally arrives home on leave we discover that we have become complete strangers. Before going back to ‘the front’ he abducts my baby girl from me, takes her to his relatives. My heart is broken….’