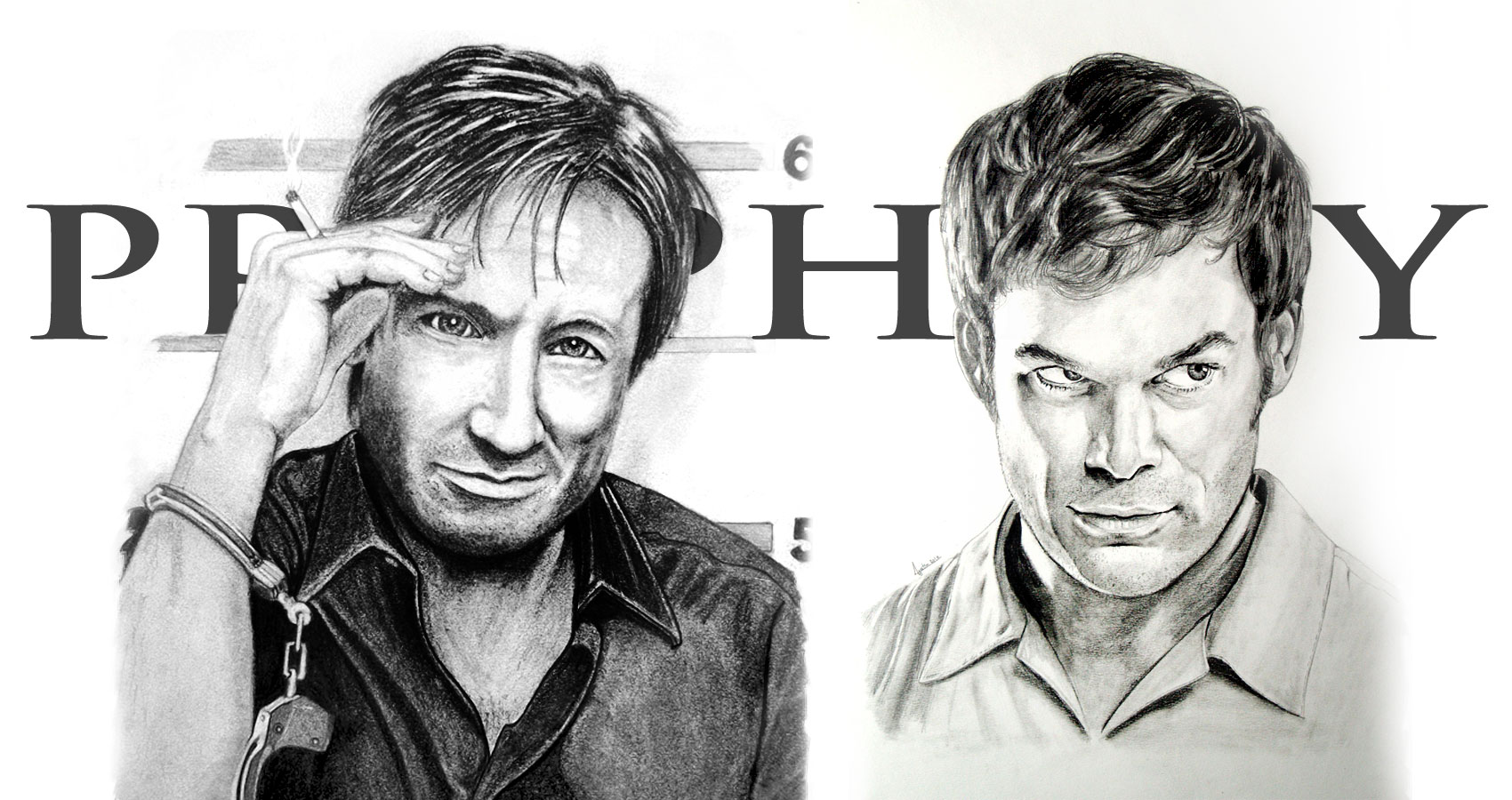 It started on a warm summer’s eve with the wind blowing something heavy.
I took a look out of my door,
he was arriving out of the drivers side door of his truck.
I walked out of the house, towards him.
Dexter…
I spoke to him, he motioned me inside the house,
My house.
I never disobeyed him, I admired him too much.
He spoke to me of a prophecy foretold to him by his father.
A prophecy of a second coming,
Jesus Christ?
“It’s not as simple as that Hank-
It’s more detailed.”
I asked him to tell me more but he told me we had to leave,
“We are in the presence of spies.”
He warned.
Citizens of the city had been watching us for a while, I had known that much.
But spies…
This one was new to me.

I felt as if we were in a dream,
But the coffee steam over my face would have awoken me.
Awoken me at that very moment.
So I listened.
He was a good, great man.
A serial killer,
Though the most righteous.
He did God’s work. That’s what I respected the most about him.
He lived by nothing other than God’s rules.
Hell, he barely listened to me.
Though every conversation felt like a new beginning.
We entered the car and began to drive.
Around this time I felt my everlasting Deja Vu again,
Full force this time, much like I had felt many other times
Yet this time it was different,
We’re going to see him aren’t we?
I asked.
“We’re going to see God, Hank.”

I was bewildered, not once had he told me he actually met God
He looked at me as if he could read my mind,
“I’ve never met him either.. My father was positioned under him before he
passed”
It all started to make sense to me, His father was a brilliant man.
I only wish I could have met him.
The car came to a halt, we stepped in.
“It’s been a long wait here for you two.”
We were both in the presence of God, speechless.
We had finally made it.

A fictional poem of myself and a childhood Skype buddy.