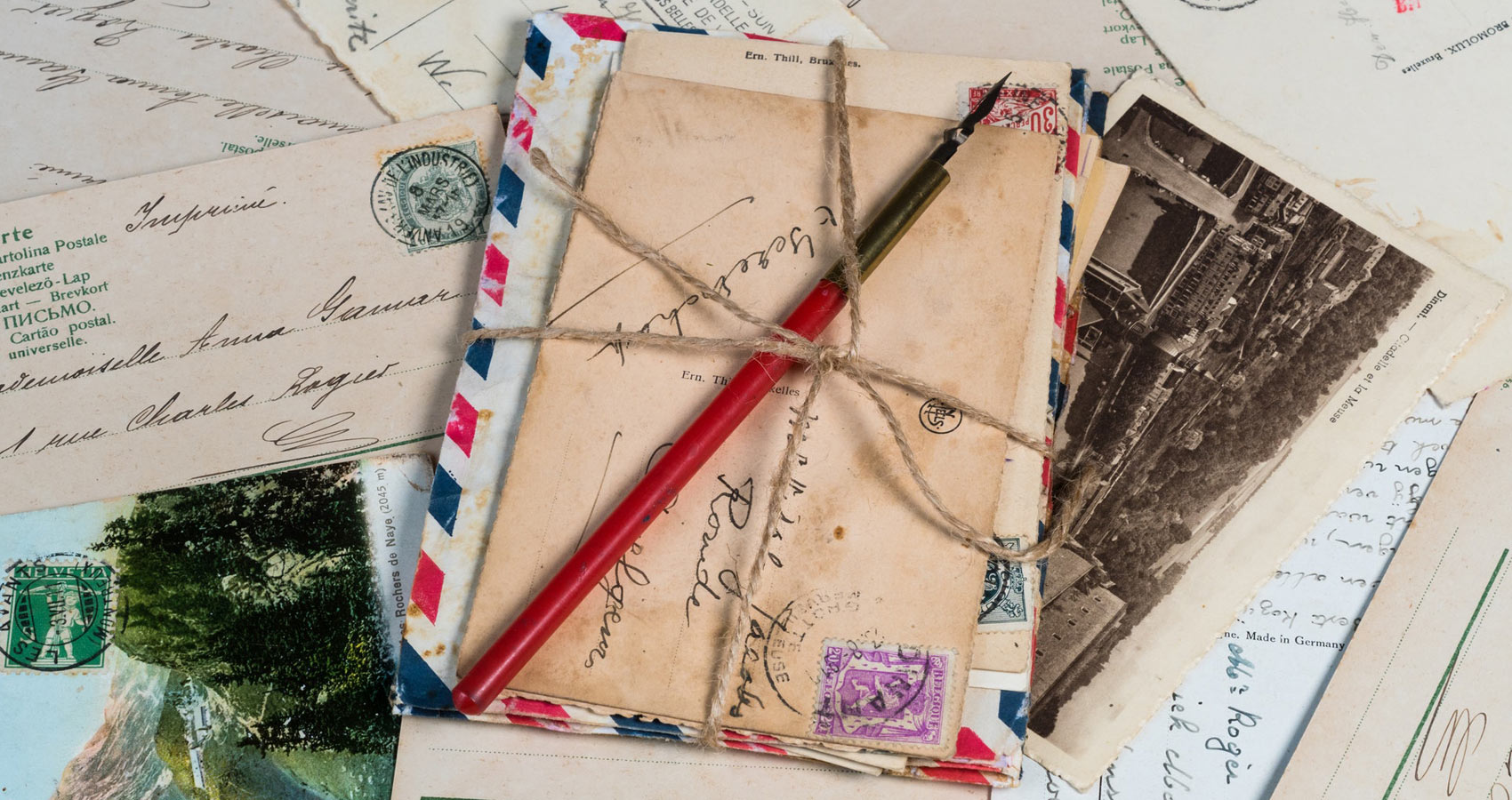 How Unearthing a Shoebox of Letters Inspired a Novel in Verse

How Unearthing a Shoebox of Letters Inspired a Novel in Verse

While cleaning out my office I found a shoebox filled with letters from a friend who served in Vietnam during the tumultuous 1960s. I knew I had to do something with them; I’d kept them more than fifty years.

I arranged his letters according to dates stamped on the red-white-and-blue tinged envelopes. Excerpt:

I’m lying on an army cot at my outpost. Every breath, I suck in a battalion of bugs. Damn insects. It’s raining and they decided to come in here where it’s dry. Last night I about got plugged writing a letter using this same flashlight. (sic) A sniper saw it. That would be a helluva way to sign off—with a big glob of guts.

Since letters inspired “Purple Daze: A Far Out Trip, 1965” it made sense to incorporate journal entries, notes, and letters into the narrative. The story felt truest when told in short, energetic bursts—scenes that captured a single moment, whether an emotion or idea.

I studied the groundbreaking classic on war and memory, “The Things They Carried” by Tim O’Brien. I read dozens of YA novels in verse: critically acclaimed “Out of the Dust” by Karen Hess, “True Believer” by Virginia Euwer Wolf, “Keesha’ House” by Helen Frost, even “River Spoon Anthology” by Edgar Lee Masters, originally published in 1915.

Since Ron Koertge writes both traditional narrative prose and novels in verse, I asked him about his choice for “Brimstone Journal,” a story related in a series of first-person accounts written in short poetic monologues and dialogues.
He said, “Brimstone kind of imposed itself on me, and it was free verse right out of the gate. I never even considered writing it in margin-to-margin prose. There was always something punchy and immediate about the poems.”

Experimenting with a nontraditional form came with more than a few challenges. Each of my six viewpoint characters required his or her own story arc, while struggling with highly charged emotional issues: war, riots, adolescent sex, family alcoholism, etc.
Yet their individual tales had to be interlaced into the whole. Demanding, yes. But the approach seemed the best way to give readers access into the characters’ private worlds.

Since “Purple Daze” is character driven, the landscape of the mind is more important than physical setting. Although much of the story takes place in high school I rarely describe the campus. I felt there was less need for physical description because what my characters think and feel is more powerful than their appearance. And equally, their attitudes, beliefs, and sensitivities.

This piece is only four lines:

Love is like sticking
your car keys in a pocket with
your sunglasses and thinking
your glasses won’t get scratched.

The condensed, metaphoric language gives readers a meaningful understanding of the characters and how they view their place in the world.

Ellen Hopkins, author of bestselling verse novel “Crank” believes verse novels should use: “startling imagery and elevated language, such as metaphor, alliteration, assonance, which appeal—often subconsciously—aesthetically to the reader.” Writing poetry, she adds, allows her to “climb more deeply inside a character’s head.”

In later drafts, I added historical accounts from 1965, such as the United States’ authorization of Napalm, the assassination of Malcolm X, and the FBI’s all-out crusade to discredit Dr. Martin Luther King, Jr. These pieces are juxtaposed against musical references: rock concerts and the story behind Arlo Guthrie’s talking blues song “Alice’s Restaurant.”

At times I wondered if the popularity of novels in verse was a trend? Or is it possible that they can do something traditional prose novels can’t? Is the form, in fact, suited to the turbulent, but often-secret inner lives of multiple characters presented in first person?

Writers often ask me when it’s appropriate to consider this unique structure.

1.  Stories that are better told from more than one point of view. Mel Glenn’s verse novel “Who Killed Mr. Chippendale?” has more than fifty viewpoint characters. Even if Glenn had used an omniscient pov, bouncing in an out of so many heads could be confusing. That said, not all novels in verse have more than one close first person character.
2.  Stories that are predominantly character driven, as opposed to action-driven. Verse novels tend to deal with highly charged emotional issues, such as incest (“Furniture” by Thalia Chaltas), mental illness (“Stop Pretending What Happened When My Big Sister Went Crazy” by Sonya Sones), teen pregnancy (“First Part Last” by Angela Johnson).
3.  Stories with poetry as a subplot or theme. In “Locomotion,” Jacqueline Woodson’s main character is exploring poetic forms to help him deal with the untimely death of his parents. In Koertge’s “Shakespeare Bats Clean Up” the main character is a bedridden, bored kid who reads his dad’s poetry books. He then begins writing poems to express his frustrations.
4.  Stories that are best told in short, energetic bursts – instead of traditional margin-to-margin prose. For example, scenes that capture a single moment whether it be an emotion or an idea.

Exercise: Take a paragraph from any work of fiction. Rewrite it in free verse.
Concentrate on metaphor, assonance, imagery, and cadence. Think about tone and how it relates to character. Shouldn’t all good writing contain these elements? Sure. But I find it easier to focus on ‘voice sounds’ and ‘patterns of expression’ when my writing looks like poetry.

The inspiration behind novel in verse “PURPLE DAZE: A Far Out Trip, 1965” and the challenges of writing in a nontraditional form.

Sherry Shahan lives in a laid-back beach town in California. Her novel in free verse Purple Daze: A Far Out Trip, 1965 features a tumultuous year in history. As a photographer, she watches the world from behind; whether in the hub of Oxford, on a backstreet in Havana, or alone in a squat hotel room in Paris. Her work has appeared in the Los Angeles Times, Exposition Review, Oxford University Press, The Writer, and forthcoming from Gargoyle, Gold Man Review, and F(r)iction. She holds an MFA from Vermont College of Fine Arts and taught a creative writing course for UCLA Extension for 10 years.