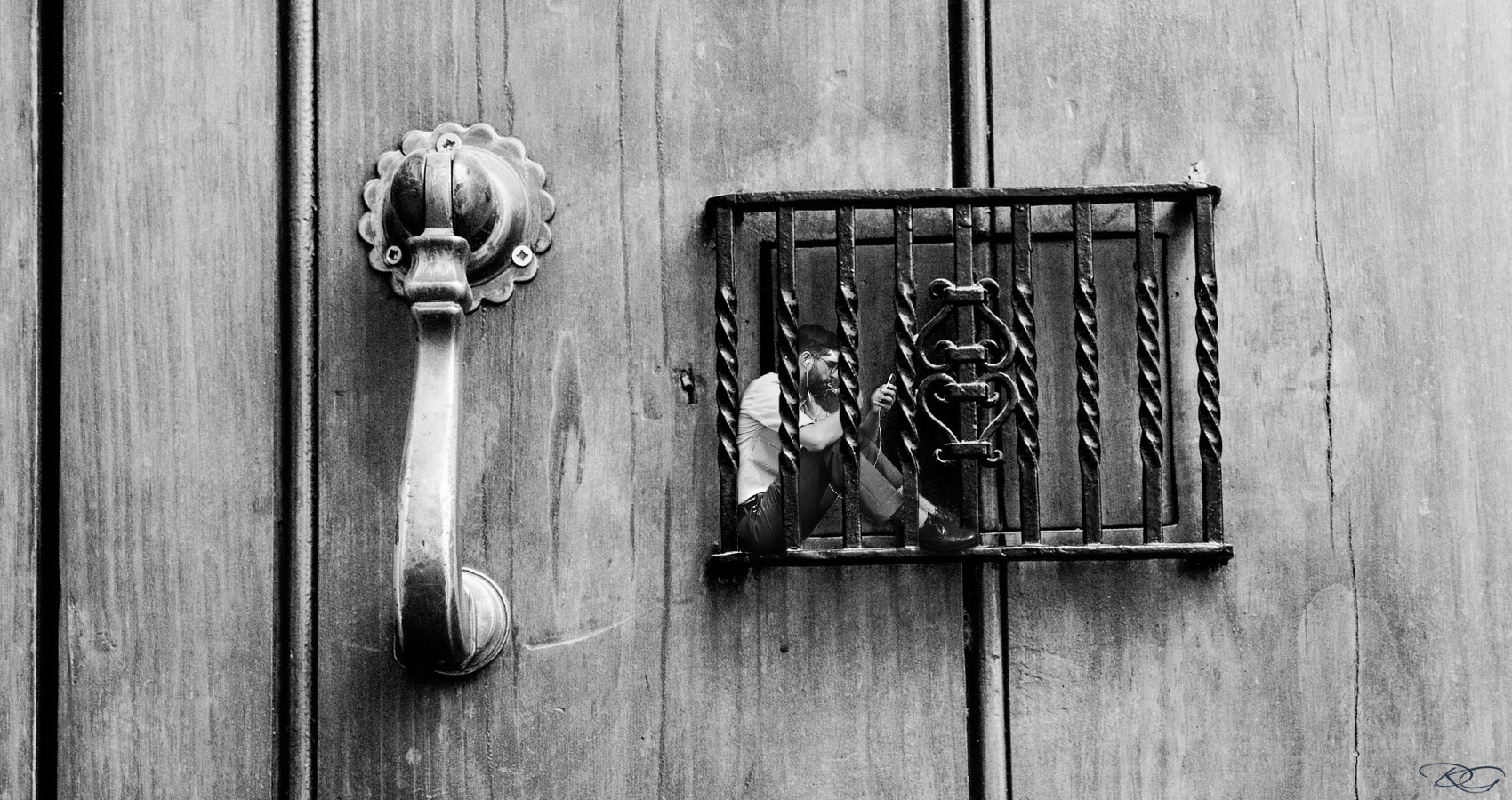 Knocking On The Madhouse Door

Knocking On The Madhouse Door

“Let us in, let us in!” cried the sane
banging fists on the colossal doors
of the mental institute as strong
as they could until blood drooled

from open scars, looking back
in fright and horror “Let us in
before we all lose our reason!
Pandemic madness has seized

the entire human race, they are
moving frantically spinning ceaselessly late
commuting in boxes on wheels they send
each other to hell whilst imprisoning themselves

to sleep, they swallow pills blue and orange
hoping in vane not to be chased, by nightmares
as they forget their dreams. Let us in!
they are talking war they are not

satisfied they want more, they barely see
each other anymore, yet they look
for approval posting pictures of bitter smiles
counting likes as if their life depended on them,

befriending strangers whom they’ll never meet
obsessed with being remembered, longing
for immortality convinced not their vices
will kill them but desperate loneliness will, they seem

irremediably lost, let us in!
They are abolishing silence got rid of slowness
judge us by the brands we wear deaf
to what we have to say, we fear

they want to wipe us out for we remind
them what it was like, to be sane.”

The Price of Poker