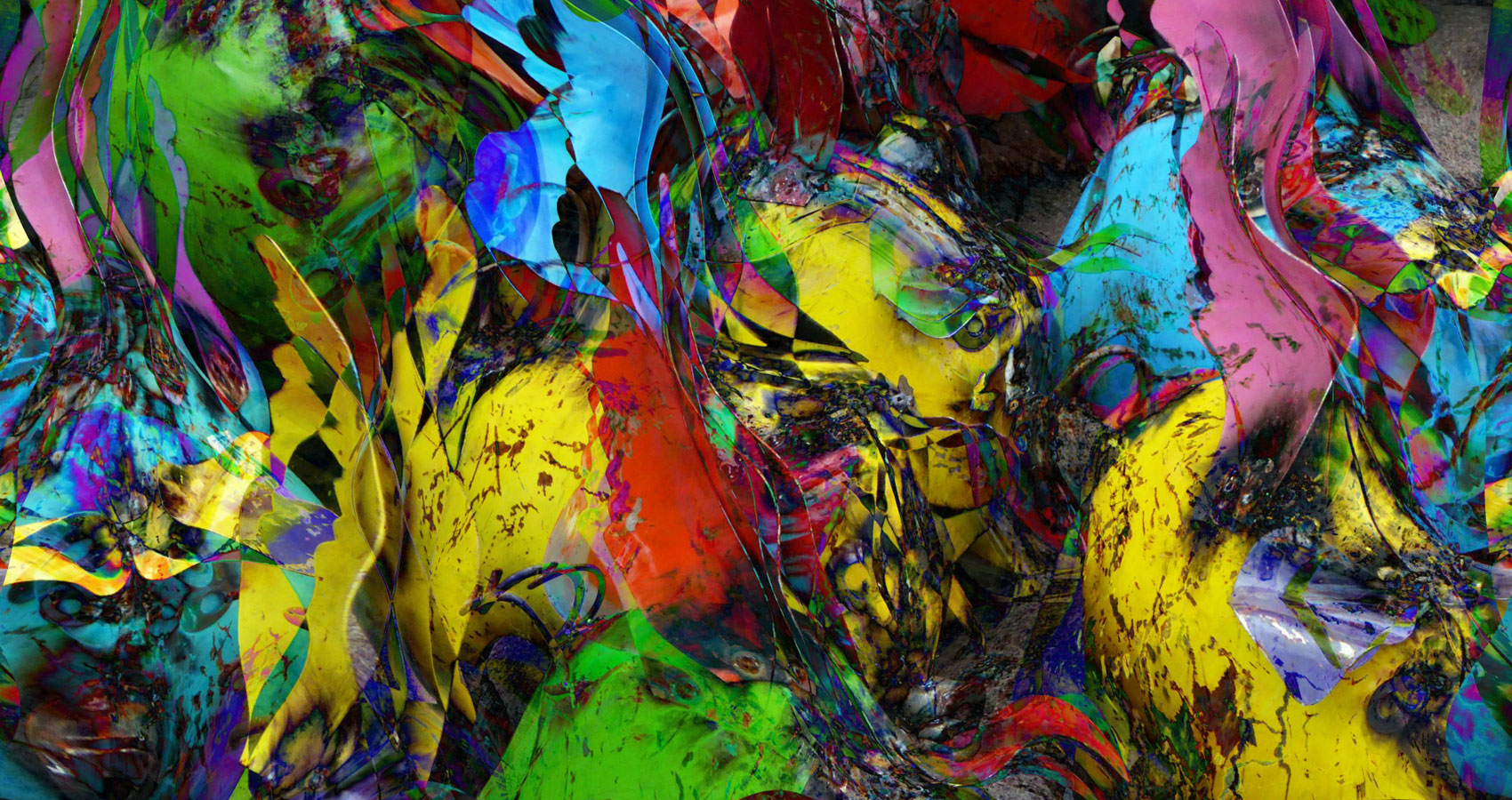 I sat on the beige toilet, dressed in a purple silk and velvet basque with fish net tights. Mark sat on the beige wash basin, wearing a loose vest top, tie-dyed leggings and his peaked cap. Dear reader, we were on the decks of the Titanic. The undulating rhythm of the waves, the gentle chug of the engines, the spray on our faces and our tight grip on the taps and toilet roll holder were an indication of our specific place in history. We talked, we laughed, we fell down, we got up, we staggered and we rocked. It was an adrenaline fueled experienced based on the nautical adventure. I was, in fact, wearing a beautiful purple corseted dress with huge skirts that bellowed in the wind with a heaving bosom that rose and fell with the sea. My tousled hair was encrusted with salt water and was blowing across my face. Mark was fashioning a smart suit with a top hat that he was struggling to keep on his head. He was battling with the plug hole beneath him, carelessness would have led to being swallowed up and washed out to sea. The bath mat was an elaborately woven carpet that matched the ship’s interior décor. The taps were ornate silver sconces proudly displaying huge, dripping candles. The towels were impressively embroidered curtains, draping across the hand printed wall paper. The wooden door swayed as we both rode the waves.

I have no idea how long we braced the sea whilst on the Titanic. It could have been five minutes or five hours. Regardless, time had no place in our world, time was an irrelevant factor that neither helped nor hindered our adventure. When in the heart of an overwhelming journey the tracking of time is a futile exercise! The whole experience was raw, passionate, wild and true. Love for each other was flowing from every fragment of our bodies, desire was abounding and an overwhelming sense of harmony enveloped the scene.

My handsome gentleman with his perilous top hat eventually took my hand and led me through to the living room, carefully shielding me from the sea spray and the unsteady deck. His dark eyes were filled with a smoldering desire, his arm protectively squeezing my shoulders. We were safe, we had arrived in to a different world.

The room was an accumulation of every conceivable colour, all palettes moving and meandering, melding into an immense floating installation. The creation was a spectacular harmony of everything within sight and imagination, of objects and of phantoms, of light and of shadow, all blending together as one. The experience was magical. The feeling was indescribable. The world and everything within had come together in perfect compatibility in front of our eyes. The love for the world in which we lived was immeasurable. Everything fitted. No straight lines, no sharp corners, everything was soft and rounded, tactile and tender.

An overwhelming love washed over us. We hugged as if part of the kaleidoscope world which surrounded us. We became one intertwined body, our individual shapes interlinked perfectly. We rolled around on the soft brown carpet, fused together as an inseparable force, listening to Substance 1987 by New Order. Words weren’t needed, our feelings were a sacred power, our bond would never be broken.

Revolver by The Beatles replaced New Order. The lyrics were a revelation, their meanings now made total sense. We were a part of the songs, a part of the stories. The songs were our songs. We laughed uncontrollably as we watched the changing shapes and colours tease our senses. We stared in to the chasms of erupting formations, describing what we could see and predicting their course. We were mesmerised by the changes and the evolving beauty displayed before us.

We lay on our backs, in awe of the pattered ceiling and of the colourful formations that were germinating, then on our sides as we were transfixed by the moving walls. We gradually drifted apart, heading off in to our own worlds of imagination and intrigue. As my head rested on the floor the weave of the carpet came alive in front of the skirting boards. Each individual coil of fibre took on an energy as it intertwined and stretched and headed upwards, like a cucumber plant’s exquisitely curious tendrils reaching for the sun. There was an empty beer can discarded amongst the growing carpet pile which began to alter the whole atmosphere. This solitary can carried a negative vibe. A melancholy air crept in to my beautiful world, a darkness was present.

The fibres became threatening and sinister. They moved up the skirting boards then on to the walls, getting thicker as they grew inwards, taking hold of anything that crossed their paths. Their determined obsession to take over the room was stifling and scary. They meandered, attempting to wrap themselves around me as I lay motionless. The ceiling was lowering itself amidst the ominously changing hues.

In my attempt to escape the tendrils I managed a sitting position, averting my eyes from impending doom. The hearth-rug was also alive with tiny, perfectly interconnecting elephants, dressed in red robes, busily moving around like a reconstruction of an Esther picture. On closer examination their eyes were red, they were dressed in red embroidered fighting robes and were armed with large, elaborate spears. The music became the drum beat for their battle charge. The noise grew louder, their activity became frenzied, the whole scene spilled out over the rug boundaries, quickly flowing across the floor, taking over the entire carpet around me.

In desperation I looked up, my heart was about to explode, I was petrified. I knew I couldn’t escape this world but I didn’t know how to endure it either. I gazed towards the window, urgently needing clean air and an escape from this horrific environment. With carpet tendrils wrapping themselves around me, marching elephants advancing in to battle, Eleanor Rigby loudly adding to the foray, magic mushrooms were playing some horribly cruel tricks.

The window panes became liquid, the curtains spread across the walls. The blue fabric with large cream flowers became watery, the green foliage changed to seaweed. The waves poured through the wall, gushing through the flowers, which immediately became butcher’s hooks. Torn and lacerated flesh clung to the hooks, blood ran in to the terrifyingly murky water. The sounds of distant screams were masked by the noise of the ferocious sea, the total chaos and mayhem were overwhelming.

The only way of saving myself from this unimaginable hell hole was to hold a pure white towel. It had to be a clean towel and it had to be pure white and nothing else would do! I courageously tried to communicate this to Mark, who was bobbing along in a wooden rowing boat on a beautifully serene stretch of water. Somehow he realised my distress and retrieved a white towel. As I hugged it to stop myself from drowning I saw it was edged with a faded pink pattern. The very concept of a tainted towel was a matter of life and death. The carpet tendrils, the crazed elephants, the torrents of sea water, the butcher’s hooks, the mangled flesh, the oppressive kaleidoscope of threatening colours, floods of tears and suffocating saliva were all about to engulf me.

I couldn’t breathe. All I needed was a pure white towel!

How could something so natural and innocuous hold such immense power? The tiny, uninspiring fungus held the key to a parallel universe, innocently alluring the inquisitive in to a world of unimaginable pigmentation and emotion. The vivid hallucinations and memorable contents were shocking, beautiful and terrifying. The love and euphoria I encountered can’t be dismissed; it was amazing. Yet the horror that lurked on the other side of the coin, ready to flip any second, should never be ignored.

The dream that started out as a beautiful, life altering experience, aboard the resplendent Titanic, was so quickly extinguished. Like so many, I ended up fighting for my life in the cruel and turbulent sea. I was lucky, many more didn’t have a guardian angel offering a pure white towel. My lesson was learnt.

I am an aspiring author.
"I am an artist,
Words are my paint."