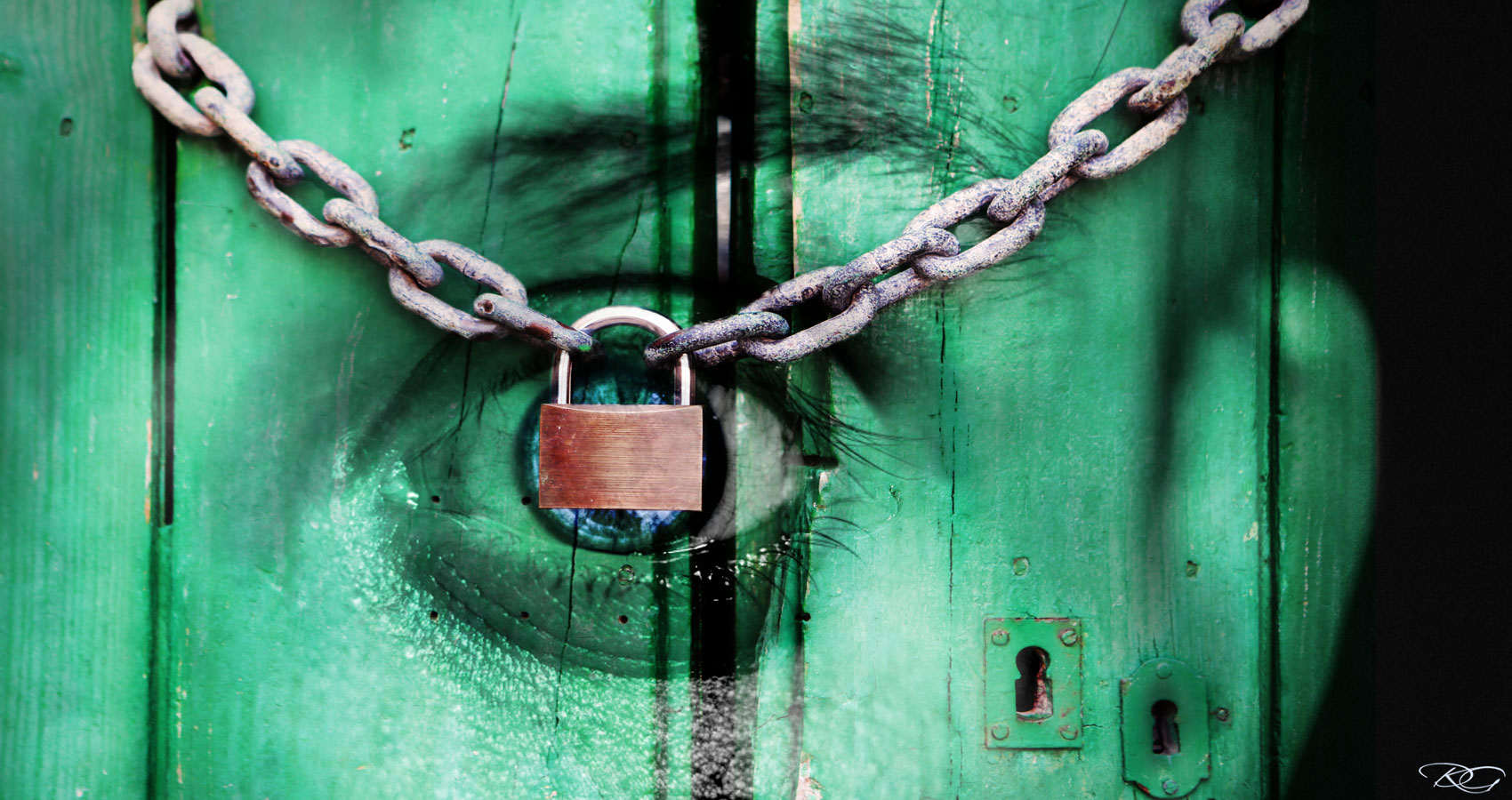 Something huge and powerful threw itself
against the basement door again and again
nearly knocked my razor from the shelf.
The jolts seemed about to burst the door.

He was terrified to stand anywhere near.
It grew worse hitting the door for hours at a time.
What immense thing careened from the rear?
Often waking him at night, leaving him sleepless.

One day he could not stand it anymore.
He opened the portal padlocked and barred.
It bounded toward him, striped and huge, through the opened door.
Instead of killing him it embraced him, like a long lost something.

That night he wrote his first poem.