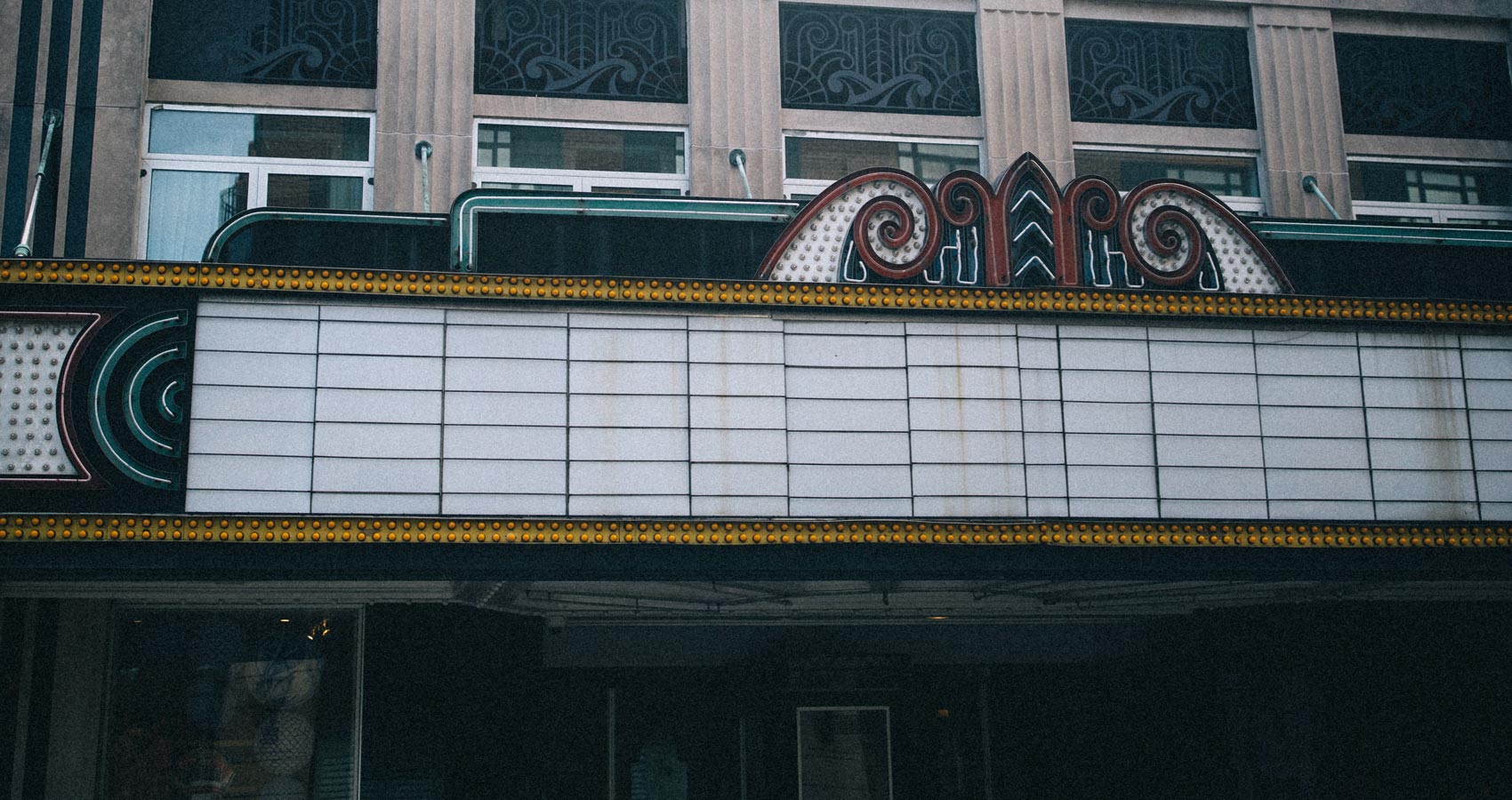 I had a disturbing experience recently driving into Southampton Village from an outing in Hampton Bays. As we passed by the Southampton Theater, I saw an empty marquee, no twinkling lights, the front doors bolted shut, and a for sale sign plastered on the wall of the vacant building.

My mind immediately flashed to THE LAST PICTURE SHOW, Peter Bogdanovich’s 1971 movie masterpiece, based on the novel by Larry McMurtry, about a tiny, dead-end town in north Texas. Is this to be Southampton’s fate? I wondered. The thought unsettled me, depressed me, especially after spending a perfect day out and about in the Hamptons with a high school friend who had flown to Long Island for a weekend visit.

I am a consummate cinephile and have been most of my life. One of the first films I remember seeing as a child was THE WIZARD OF OZ. I marveled as the screen blazed into glorious technicolor when Dorothy touched down in Munchkinland, giggled as the horse of a different color changed his coat, laughed when the scarecrow, tin man, and lion danced and sang, and was terrified when the flying monkeys appeared. I was certain the tornado was real, not knowing anything about sound stages, backdrops, and set designs until years later. I was simply mesmerized by the magic of movies.

I grew up in Des Moines, Iowa in the fifties, population of approximately 175,000. Still, several grand movie palaces graced the main streets of downtown, with smaller ones dotting the area. The vibrant, neon lit marquees delighted me, glowing brightly at night, and I was always eager to read what movies were playing or coming soon.

During stifling Iowa summers, the movie houses were the few air conditioned places where we could find cool respite from the heat and be transported to another world…. out west with Davy Crockett, King of the Wild Frontier, down the rabbit hole with Alice to Wonderland, or off to Never-Neverland with Peter Pan.

Nothing then excited me more than walking into a darkened theater to watch dramas unfold up on the silver screen.

When I was a teenager my gramma lived a few miles from The Varsity Theater near Drake University’s campus. My sister and I often trekked two or three miles down University Avenue with friends to catch the latest picture. We cheered as DUMBO flew, cried when OLD YELLER died, yearned for a young love like portrayed in A SUMMER PLACE. We sometimes fantasized about living in sunny California, of fun-filled days at the beach, frolicking happily in the waves, surfing and meeting boys just like Sandra Dee did in GIDGET. We swooned at the sight of the handsome, young Hollywood heart-trobs: James Dean, Troy Donahue, James Darren, Tab Hunter and others. We combed through the many movie magazines, eager to glean the latest gossip about our favorite celebrities.

In 1960, my family moved to Commack, Long Island. I continued to relish trips to the movies, even more so when I got my driver’s license. By that time more films were being created, targeting the teen audience: BEACH BLANKET BINGO with Annette Funicello and Frankie Avalon, WHERE THE BOYS ARE, A PATCH OF BLUE, and my favorite, SPLENDOR IN THE GRASS, starring Warren Beatty and Natalie Wood, two of the most beautiful actors in the world.

Commack had a small cinema in the Mayfair Shopping Center, but we mostly drove to Huntington to see the latest motion picture. As gas was 30 cents a gallon and tickets around 70 cents ($4 in today’s dollars), we went often. However, if we happened to be in Mayfair, we always stopped off for a slice of pizza and an Italian ice (25 cents and 10 cents respectively) after the show.

Commack had a drive-in, too, but I found the boisterous atmosphere distracting, so I rarely went there.

One of my most memorable trips to the movies was in summer of 1961, when I boarded the train at Huntington Station and traveled solo to NYC to meet my best friend, Diney (who lived in Norwalk, CT) at Radio City Music Hall. We bought tickets for FANNY, with Leslie Caron and Horst Buchholtz. We enjoyed it immensely and were thoroughly impressed with the Rockettes’ intermission performance.

My love affair with movies surged when I moved to Los Angeles in 1971. The minute my friend Dave and I arrived in LA, after a scenic, three week road trip from Iowa, it was love at first sight…. The palm trees, the Pacific Ocean, the mountains, the canyons, the white stucco buildings, and the climate, that sunny, subtropical climate which produced night blooming jasmine, gardenias the size of teacups, the birds of paradise, and luscious bougainvillea that draped over walls, fences, houses… everything.

Neither Dave nor I owned a television set, so movies were our go to pleasure for weekly entertainment. On Sundays, we usually drove into Westwood Village for dinner, then checked out a double feature at our local Santa Monica cinema on the way home to our 4th street apartment. Forays to Grauman’s Chinese Theater and other historic Hollywood movie palaces were saved for premieres and popular blockbusters.

With the advent of television, movie attendance began its steady decline. Things have changed radically ever since, particularly with the onslaught of cable companies sporting hundreds of channels. By the early 90’s 60 percent of American households were hooked up to one cable company or another. Then came dvds, movies on demand, blue rays, Amazon’s Fire Stick, and a myriad of streaming devices. It’s a miracle that anyone goes to movie theaters these days.

Still, I am a movie theater holdout. I enjoy the whole process: deciding which movie to see, getting there, purchasing tickets (plus a snack or two), picking out a good seat, and sharing the experience in the dark with a group of complete strangers. For me, there’s nothing else like it.

This past summer (one of the worst on record, due to scorching heat waves, drenching rains, and the lingering pandemic), I decided to do nothing much, but watch films, concentrating on film noir. I enjoyed a double or triple bill almost every day. I researched film noir on the internet, ordered dvds from the library. I watched “must sees,” forgotten B pictures, and classics from Hollywood’s heyday in the forties and fifties. I read biographies, listened to commentaries presented by writers, directors, and film historians which were often included on the dvd “special features.” I watched documentaries and films I hadn’t seen before, pored over online polls, and immersed myself in all things old Hollywood.

Back in the day, the major studios churned out tons of movies every year. For instance, Warner Brothers made 40 films in 1940 alone, not counting all the B pictures. So far, I have only scratched the tip of the iceberg and have compiled lists, a multitude films left to investigate.

Yes, I am mad for movies, a flick chick, obsessed with motion pictures.

Now, if you’ll excuse me, I’m ready to tune in to number 29 on AFI’s list of America’s greatest films, DOUBLE INDEMNITY, for the umpteenth time.