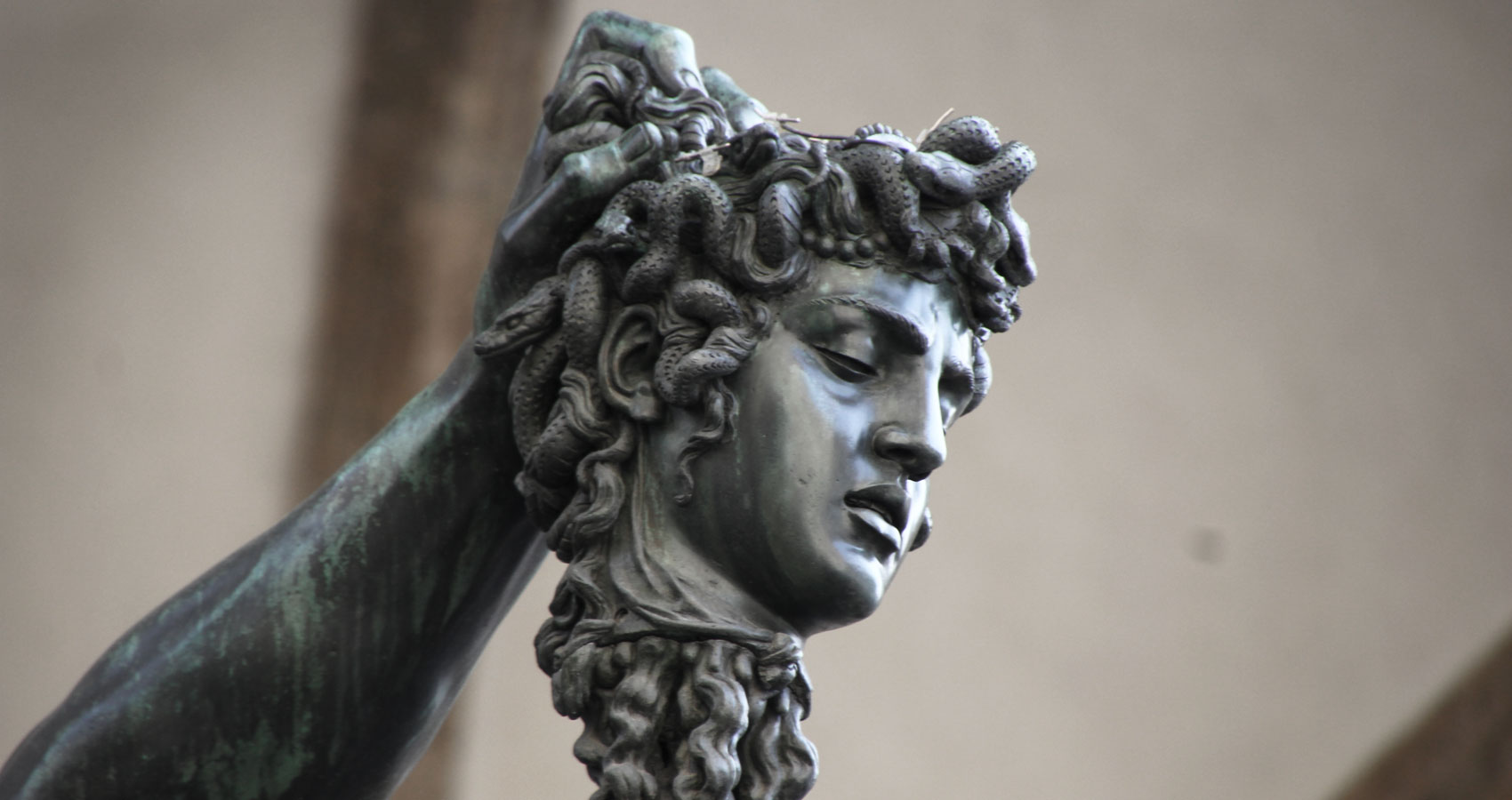 Their love spill upon white sacred stone floors
Insulted and in her anger
Athena cursed Medusa to times end and in the word’s, cruelty seep
A serpent’s tongue and venomous black eyes replaced the orbs of blue
But behind the monster’s mask
A rare beauty never more wakened would sleep

Writhing snakes replaced the queenly vision of her hair
Hideous, grotesque an unhuman crone
A horrifying sight to be shunned
If to look upon her any fool dare
Her darting eyes turn all to stone

The ill-fated union of Medusa and Poseidon yielded two children,
Chrysaor and Pegasus
Who sprung from her neck upon death
When with but a stroke of cunning Perseus shining blade
Her head severed from her body fell to the floor
To be presented to Athena in homage and honor as a gift.

A reclusive poet in the Ozark Mountains. Scholar of history and French poetry. My favorite poet is Tennyson and his work, 'Now Sleeps the Crimson Petal'.