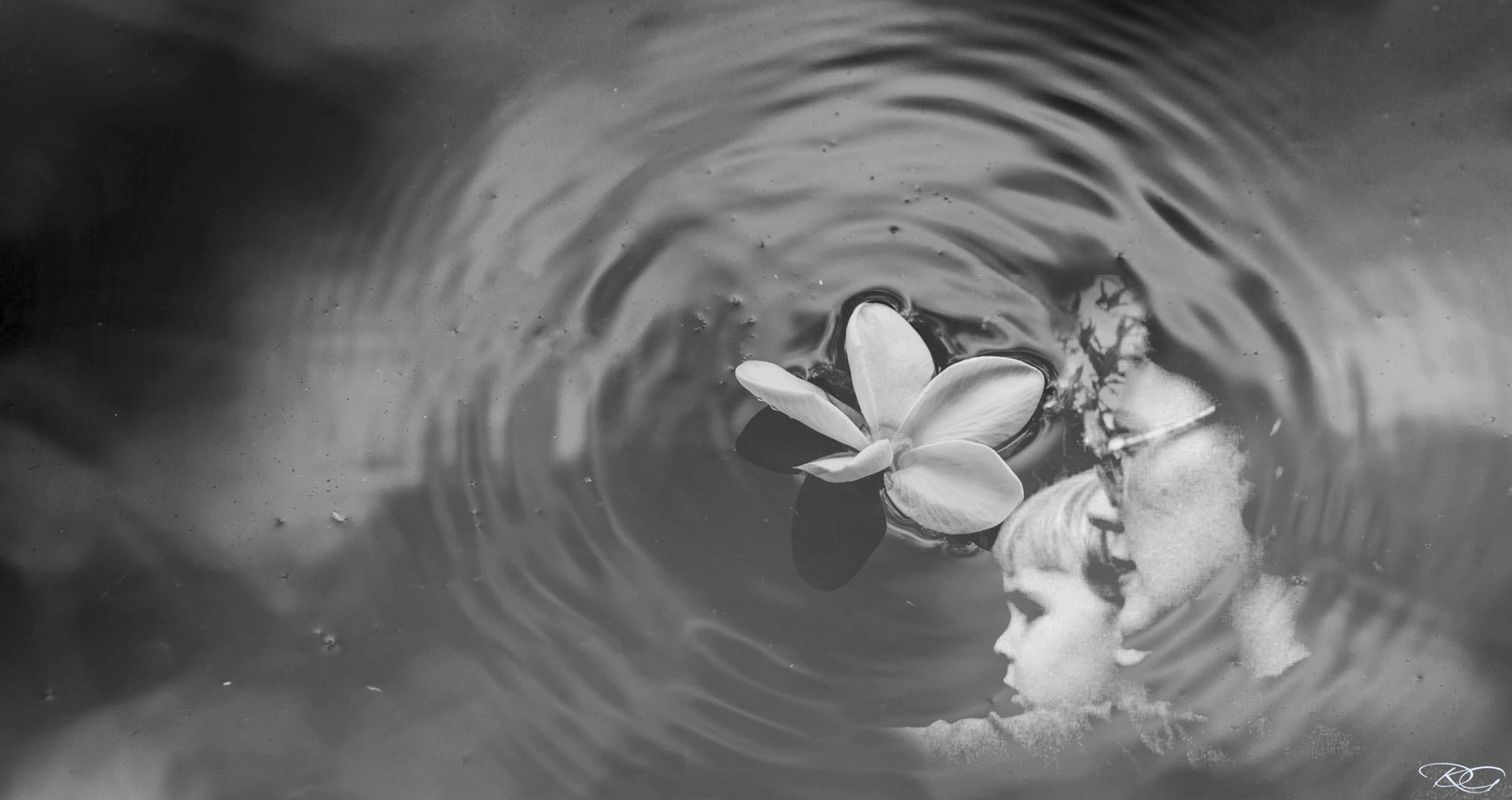 Do you remember our babies’
crying through the night
with colic, red-faced, kicking,
little fists clenched, punching the air?
We took turns with
futile soothings,
new at this baby thing,
desperate to comfort, to
silence that infernal noise
so we could go to work
in a few hours and not
fall asleep in the elevator.

They didn’t seem to want
comfort, did they?
They’d exhaust themselves and
sleep for a half-hour.
We were fooled again and again,
and started to relax.
They’d wake just as our eyes closed,
hungry for the bottle,
which simply meant their little bellies
would hurt again,
And the wheel turned, and turned…

I felt some of that again with you.
Futility, desperation,
thinking something might help,
letting interludes of peace
fool me into having hope.
A dangerous, false hope.

Then there was the guilt
at the reproach in
your eyes. You
knew I would go on,
alone
and your journey would
stop
here, soon.
You turned away from my face,
angry. “It
wasn’t supposed
to be this way,” you said.
You were ready to be alone,
not to leave me to fend for myself.
So wrong. You believed you’d take care of me.

And, you couldn’t imagine
a world without you in it.
Who of us can?
We know how special and
irreplaceable we are.
Why doesn’t the Universe
see that? Why does
life come with deadlines?
Each of us thinks
we should be the exception.
The ego’s illusion of being special
and, therefore, superior.

But God doesn’t make
that bargain.
The river moves on;
cannot be pushed.
The Great Wheel turns
and grinds exceedingly small.
We do what we can,
but the
only thing that cures
suffering is time.
Pain is a catalyst of
something else…
if we’re lucky, we
learn compassion.

I watch the ripples from
rocks I’ve dropped into
the slow-moving waters.
They move away,
into the future.
The rocks sink into
the mud,
their role in this drama done.
The water moves ever downward.

The ripples assume
their nature, spread
and float away. There is
a sudden stillness.
But they are also detached, indifferent,
ever more distant.

As the months went by, I would often remember things like our children, and life as young parents, and then would need to work my way back into the present, learning what I could and then putting the memories back in their place in the past.